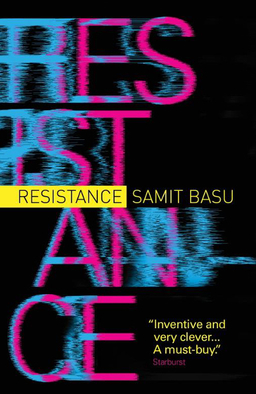 Is it just me, or did I miss the literary trend where superhero novels suddenly became a thing?

I missed Samit Basu’s first book from Titan, the well-reviewed superhero novel Turbulence. Which is a pity, because the premise sounds very intriguing: in 2009, all the passengers on flight BA142 from London to Delhi wake up the next morning to discover they have developed extraordinary abilities. His new novel Resistance picks up the tale a decade later, as a silent killer begins to pick off the supers one by one…

How would you adapt to a world full of superhumans? And how far would you go to stop them destroying it?

In 2020, eleven years after the passengers of flight BA142 from London to Delhi developed extraordinary abilities corresponding to their innermost desires, the world is overrun with supers. Some use their powers for good, others for evil, and some just want to star in their own reality show.

But now, from New York to Tokyo, someone is hunting down supers, kidnapping heroes and villains both, and it’s up to the Unit to stop them…

I assume you have covered Soon I Will Be Invincible already.

Believe it or not, we have never reviewed SOON I WILL BE INVINCIBLE. I thought about it while I was making my list, but decided to focus on the books we’ve talked about.