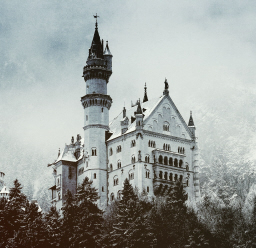 Last week I was talking about travelling, and the journey, in Fantasy, and SF. I noted that since most Fantasy uses a pre-industrial setting, journeys are generally undertaken on foot, via horses, or by (sailing) ship. However, there’s another aspect of pre-industrial living I’d like to address.

We recently had a bit of an ice storm in my area which left a lot of people  without power for several days – I say a bit of one because I lived through such a storm about 15 years ago which left quite a few more people without power for several weeks. I learned many things about living without electricity which possibly have no bearing on writing fantasy novels. For example: the Amish likely didn’t notice; it stops being an adventure after the third day; it’s considerably easier to deal with if you live in the country, in a house that predates the use of electricity; people always want to borrow our Lehman’s Non-Electric Catalogue after any prolonged power failure.

And I learned and several things which do.

For one thing, the lack of electricity or other reliable power sources has an impact on where people live, and therefore where you can set your story. You may have noticed that there aren’t a huge number of stories set in the winter, or that even northern barbarians don’t hang around their homelands very much. Bad weather of any kind is generally used as a plot device, but severe conditions take too long to deal with and use up too much story-telling time – unless, as I say, “always winter but never Christmas” is actually a point in the story.

Come to think of it, it isn’t just where cities, towns and individual homes should be situated that are affected by possible power sources (think rivers and plains with high winds), but related factors like how many people can live in any of those places. How many people does it take to run how large a farm, if there isn’t any electricity (or similar fuel source) to run machinery? How much food can such a farm produce, to take how far to market, to feed how many people living in town who aren’t growing anything themselves?

These facts aren’t too difficult to come by. A little research, and even, for some of us, a little driving around, gets us these answers pretty quickly. But research alone can’t tell us what it was like to actually live in these circumstances. Let’s look at electric lights.

People who occupy the usual (non-urban) fantasy settings don’t have a lot of drawers in their homes. Why? Because you can’t aim a candle. And once the sun goes down, a candle is pretty much it. Hence the existence of furniture like clothespresses, and the use of open shelving for storing dishes, cups and even cutlery – chests with removable trays, instead of chests-of-drawers. Kitchens and similar working spaces would have narrower counters and work surfaces which are exposed underneath. Not that there aren’t cupboards, or similar storage units with doors, but these will usually be fairly shallow, since, again, you can’t aim candles, or even oil lamps, and so you won’t be able to see into deep recesses once the sun’s gone down.

Take a minute to walk around your house or office building. How many closets are there? Cupboards? Enclosed vanity units in the bathroom? Dressers with drawers? Rooms or storage areas with no window? What about a basement? Can you navigate down there without lights?

Many of us who live – or who have lived – in cities are so used to light pollution that we’re shocked and unprepared to learn just how very dark it is outside, at night, when that light is taken away. It can be so dark that you can’t see your hand in front of your face – let alone where to put your feet, or where to aim that arrow. If it’s overcast, and you’re in the woods, you’ll be able to see even less. Now you know why Fantasy writers (and, I suppose, writers of historical fiction) pay so much attention to the phases of the moon. On a clear night with a full moon, and snow on the ground, it’s almost as good as a well-lit parking lot.

A power failure’s easier to deal with in the summer you say? Well, maybe that would be easier for our Fantasy characters. After all, they don’t have to worry about the food in their freezers and refrigerators, or air conditioning, or the elevators in their apartment buildings.

Or the darkness under the stairs.

My writing tower, basically a cabin on stilts, is about a hundred yards back in the woods behind our house, and those woods go on for miles and miles before there’s another clearing for a residence or even farmland, a fact I did not realize until utilizing Google maps. There is no path between our house and the tower, so I’m always having to push my way through trees, brush, etc. This has proven quite problematic on the nights when I’ve been writing until 2 or 3 in the morning, then decide it’s time to go back to the house, and I realize I don’t have a flashlight with me. What fun! It’s a little easier in the winter, as it’s easier to see without all the greenery and there are usually less critters about.

And please don’t have the protag notice the beautiful green-with-gold-flecks eyes of the character he just met under the stars.

Ty, perhaps you should try what’s sometimes called a blind drum dance. Wearing minimal clothing (a swimsuit works, but you must be barefoot) and a blindfold, navigate through the woods at night toward someone hitting a drum every few seconds. It helps you embrace the lack of sight.