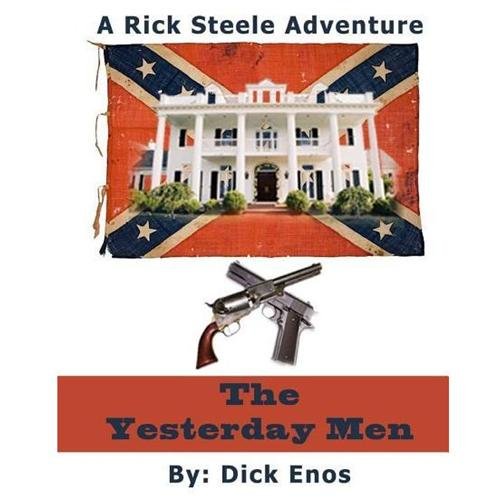 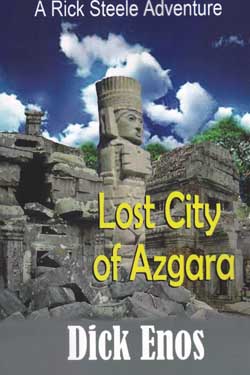 The 1950s setting may seem like an odd one for New Pulp. It was the end of the era for serials and pulps alike, but it was also the Golden Age of Television and adventure strips were still the rage in newspapers. It was the era when the author adored Sky King and Steve Canyon in his formative years. It marked the final heyday of the innocence of American popular culture and the Rick Steele series captures this perfectly.

Rather than crafting an idealistic vision of an artificial world (like so many 1950s sitcoms and movies did), the America of the Rick Steele series is one where darkness hangs around every corner. The characters don’t know quite what to make of it, but the reader is all too familiar with what is to come. 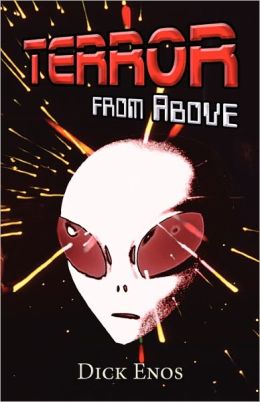 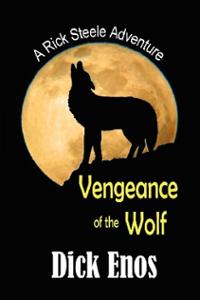 The book starts out with an atmospheric slice of suspense and horror that sees an attractive barmaid walking home alone on a dark New Orleans street after closing time.

The familiar scene will literally have readers on the edge of their seat because Enos knows how to build suspense like a true pro. This opening chapter alone could stand as a textbook example of how to terrify a reader without actually depicting anything horrific.

The woman in question turns out to be the cousin of Dr. Kate Gallagher’s assistant, Thelma. Those familiar with the series will recognize these characters instantly and appreciate how Rick Steele has no choice but to journey to the bayou to investigate the mysterious occurrence. What seems like another familiar setting and plot adopted for this eclectic series is turned literally on its head at this point.

The Yesterday Men of the title refers to the villains of the piece, Civil War veterans who have survived a century longer than their contemporaries thanks to a freak natural occurrence. I commend Enos for acknowledging the past with all its failings. Too many times, modern writers choose to sugarcoat the past and depict people as possessing the mores of contemporary times. Joey, Rick’s black friend is met with hostility almost everywhere he goes. Rick is at first willing to laugh off the prejudice until he understands the very real threat that underlies it.

It is at that point that the reader comes to understand that The Yesterday Men are more than just seemingly immortal Civil War survivors, they are bigots and the title brilliantly also refers to the fact that bigotry is the stubborn desire to cling to prejudices that have fallen away with the passage of time. What was once acceptable is later rejected by society at large except for those Yesterday Men who refuse to let go of their hate and fear. In that respect, Enos has hit on the perfect villains for his pre-Civil Rights era story while making the point that Yesterday Men are still around us today.

Along with the more mature themes, Enos develops his characters and their relationships further than in the past. The mark of the exceptional series is watching familiar characters grow and become more complex. It makes the reader care for them and view them as friends you want to keep visiting. It stops the series from becoming formulaic and locked in time for, as Enos so ably demonstrates in The Yesterday Men, immortality is nothing but a curse if one stops growing. Mark this one down on your list. The Yesterday Men is something special and Rick Steele is one series that refuses to stagnate.