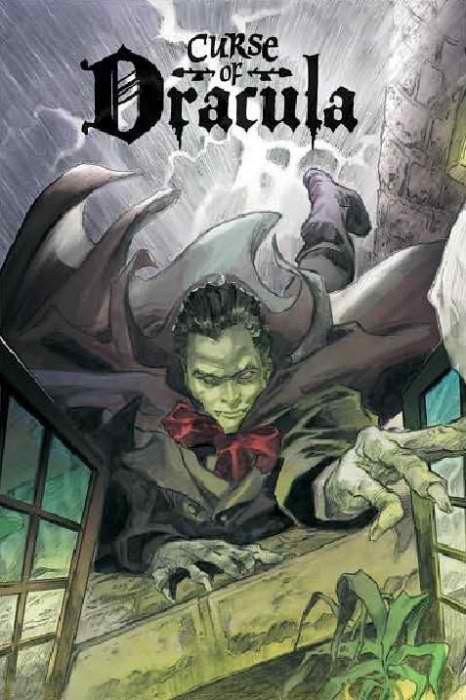 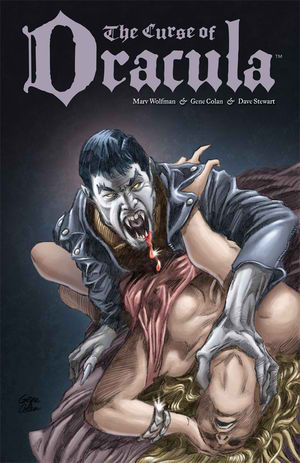 Marvel Comics’ long-running Tomb of Dracula series by Marv Wolfman and Gene Colan was a landmark in the medium. The award-winning series set a standard in the industry that is still felt four decades on. Marvel shamefully squandered their efforts to turn the controversial monthly title into an adult-oriented comic magazine free from the strictures of the Comics Code Authority. A dozen years later, the duo reunited to revive the series for Marvel’s Epic Comics line, but this highly underrated four-part limited series was not granted the accolades or the follow-up it deserved. Flash forward to 1998 and Dark Horse Comics offered Wolfman and Colan a three-part limited series to reinvent the property for the up and coming rival in the field.

The only tragedy is that The Curse of Dracula ended up being another one-shot limited series, despite the storyline’s potential to be expanded further. Much of the Dark Horse series recalls the story and artwork in the Epic Comics limited series from earlier in the decade. The plot is equally complex and adult and the art pushes the boundaries to the edge yet again. Once again, Marv Wolfman is crafting a new set of vampire hunters and has Dracula rooted in the world of politics.

The new protagonists are an interesting lot led by Jonathan Van Helsing, a cerebral but physically unchallenging character whose vocal chords were destroyed by vampires ten years before. Jonathan is the CEO of Sunlight Industries and is a regular feature on the television talk show circuit. His father and grandfather died staking Count Dracula at his castle in Italy in 1979. Sadly, Jonathan learns the vampire has been resurrected. He prays after each battle, not for his own lost soul, but to retain his sanity after the atrocities he has witnessed and committed.

Simon is a reformed gang member from Spain and the only survivor of a vampire attack there. He does not reveal his last name for fear that his family will be killed in retaliation. Nikita Kazan is a former KGB assassin whose wife and children were slaughtered by vampires. He became an obsessive vampire hunter as a result. Hiro is a beautiful half-Japanese, half-black woman who was raped and blinded by vampires over the course of 36 days of torture. She now possesses second sight and is able to detect vampiric activity due to her psychic bond with the creatures. 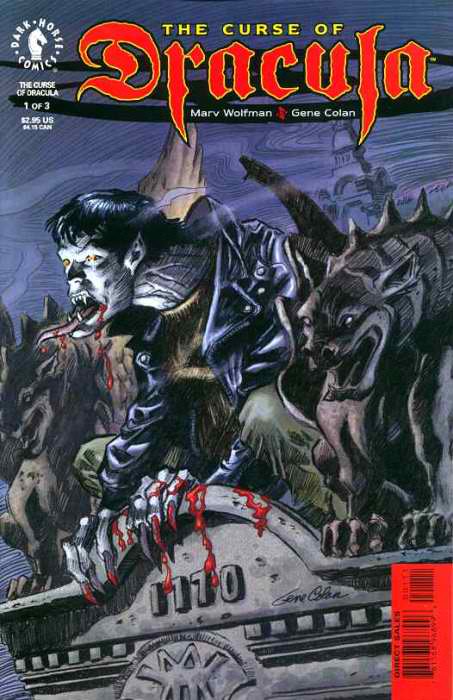 When the story opens, the Sunlight Industries team rescues young Sebastian Seward, a rogue vampire hunter who successfully infiltrated a vampire coven in San Francisco. The skirmish is a bloody one as the Sunlight Industries team fire wooden stakes charged with sulfuric acid from Jonathan’s refitted antique automobile. Each member is armed with automatic weapons that fire wooden crucifixes. They spare one vampire as a potential informant. Savagely stringing him up to face the dawn or offering him a quick death in exchange for information. The vampire does not waver and they watch as the rising sun causes him to burst into flame.

At Sunlight Industries’ headquarters, the medical team subjects Seward to a lie detector test as Van Helsing fears he may be a thrall of the vampires. Seward passes the test and tells them the vampire coven is located at Club XTC. From there, we are introduced to Jimmy Brown, an iconclastic black police detective doggedly investigating a series of kidnappings in the Bay Area. The latest victim is a young lesbian who was abducted from her lover’s home by what are alleged to be vampires.

Our introduction to Colan’s eternally young and rakishly handsome Dracula sees the vampire making passionate love with Carole Waterson, a wealthy heiress whose U.S. senator husband is a presidential hopeful. Senator Waterson is also a physically and verbally abusive husband who beats and humiliates his wife for not conducting herself properly at his side during a fundraiser at their home in Sausalito.

Seward leads the Sunlight Industries team to infiltrate Club XTC afterhours and uncovers the basement lair of the vampires, where they discover San Francisco’s missing hanging upside down from meat hooks in a frozen locker. They are barely alive and pleading for the release of death. Before they can act, the team is set upon by vampires. Simon is seriously injured in the attack, but the skirmish ends with the gutting of Club XTC in an act of arson that frees the human cattle from further suffering. Seward is visibly shaken by what it means to be part of Sunlight Industries.

Meantime, Dracula conducts a meeting of vampires at his clifftop estate overlooking the Pacific before attending a fundraiser at Charles Waterson’s home. When the vampire discovers Waterson has beat his wife again, he flies into a rage and threatens to drop the senator to his death on the rocks below. It is here that Wolfman reveals Waterson is Dracula’s puppet presidential candidate and is well aware the vampire is having an affair with his wife. Waterson’s political rival, Senator Hanover, confronts Dracula. The vampire easily disarms him and shoots and kills the man in front of a startled Waterson. Dracula then turns and shoots Waterson in the shoulder informing him his alibi will be that a drunken Hanover attempted to murder his rival and Waterson killed him in self-defense. This one brief scene brilliantly expands the scope of the story and affirms Dracula’s role as the mastermind behind the presidential race. 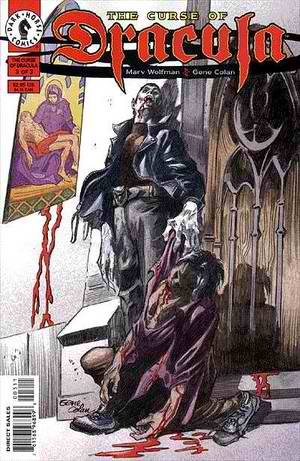 Hanover’s removal clears the way for a presidential nomination for Waterson. The injured victim of a deranged rival’s attack wins instant public support. The senator is breaking beneath the emotional weight of knowing he has lost both his wife and his soul to the vampire that controls his life. Sunlight Industries captures and tortures another vampire, who turns informant and reveals the address of Dracula’s clifftop estate in exchange for sparing his life. Nikita betrays their accord and destroys the vampire in retaliation for Simon’s attack. The scene shifts to a local bar where Dracula meets with an unseen member of the group (all clues point to Seward) who has turned traitor to save their own skin. The reader realizes the betrayal by the vampire was part of Dracula’s plan and the enjoyment comes from watching the events play out.

Van Helsing and his team raid Dracula’s estate. Discovering a coven of vampires present, they torch the estate, destroying the vampires in the process. Filled with victory, they return to Sunlight Industries’ headquarters to discover they were distracted as part of a trap. Dracula has ransacked their headquarters and left a dying Simon crucified to a wall. The remaining medical and scientific staff has been slaughtered.

Ready to expose Senator Watterson as a puppet of the vampire, the team storm his campaign celebration and are shocked to find Dracula in attendance with Watterson and his wife. Dracula quickly disarms Nikita and, in the confusion, deliberately shoots and kills the senator with Nikita’s gun before returning it to the startled Russian’s hands. Police are already surrounding the gatecrashers, who now appear to be political dissidents who have assassinated the leading presidential candidate. Nikita is shot and killed by the police on the spot.

Van Helsing and the rest of the team manage to escape, but are wanted as accomplices of the assassin. Only Detective Jimmy Brown believes they are innocent, but no one will believe him. The story concludes with Carole Watterson emerging as the new presidential candidate before a triumphant crowd at her press conference. That night at her Sausalito estate, she toasts Dracula as the power behind America’s first female president and looks forward to the November elections when they will take control of the country together.

As with the Epic Comics limited series a few years earlier, Marv Wolfman was scripting a truly complex story with Gene Colan providing gorgeous, sometimes shocking visuals to illustrate it. The great tragedy is we will never enjoy any new Wolfman-Colan collaborations. The sales of Tomb of Dracula reprints continue unabated for Marvel Comics. At the time of the Dark Horse limited series, Marvel responded with their own rival limited series attempting to capture the classic look and style of Tomb of Dracula, as we shall see next time.