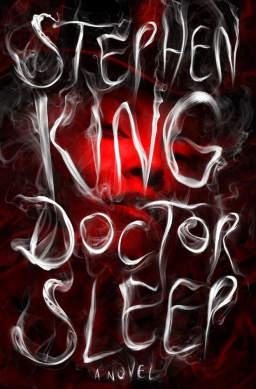 I honestly never thought I would ever again gush about a Stephen King novel, but here I am.

You see, I’ve been disillusioned for some time – as in ever since The Stand. And before I start seeing dozens of posts about how great the Dark Tower series is, or Under the Dome for that matter, to me King is and always will be the teller of horror tales. And frankly, he hasn’t really scared me since IT.

Honestly, I felt King had lost his horror mojo – or had it forcibly extracted during the conception of his son Joe Hill, who tears up the NYC Best Seller list every time he puts pen to paper.

But back in September 2011, as King was receiving an award at George Mason University in Fairfax, Virginia, he talked a little bit about the latest novel he was working on, Doctor Sleep – a sequel to his 1977 blockbuster hit The Shining.

This is an idea that I’ve had for some time. I wrote a novel in the ’70s called The Shining… I always wondered what happened to that kid, Danny Torrance, when he grew up… and this story started to form. The book isn’t finished yet, it’s called Doctor Sleep. This kinda goes back to: what’s the worst thing you can think of? I knew that there were bad people in this story that were like vampires, only that what they sucked out was not blood, but psychic energy from special people like Danny Torrance. And I came to realize that these people were called The Tribe and that they move around a lot.

I was skeptical then and remained so all the way up until September 24th, when my copy of Doctor Sleep finally arrived.

You see, to me The Shining represented the pinnacle of King’s powers as a story teller. 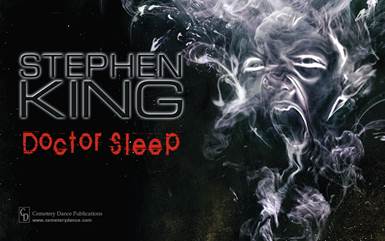 Not that everything was downhill from there – certainly it wasn’t. But the story was tight and suspenseful, the characters were 3D, and it was a page-turner from beginning to end: a perfect storm of a tale that continues to appear on all manner of “best of” lists that show up every Halloween.

Heck, the Stanley Hotel even today still charges a premium for those wishing to stay in the infamous room 217 where King was inspired to write The Shining (it was room 237 in the movie version).

So a sequel? Really?

But as it turned out, King still has it in the horror department.

Doctor Sleep may well end up in my top 10 favorite books ever, or for sure in my top 20. It was so good that as I read, I kept dreading the idea that it might somehow fall apart at the end, or wander off somewhere obscure after grabbing hold of my imagination so completely.

But no — King held it tightly together stem to stern. And it was an amazing ride.

I can’t describe the plot any better than King’s publisher:

On highways across America, a tribe of people called The True Knot travel in search of sustenance. They look harmless — mostly old, lots of polyester, and married to their RVs. But as Dan Torrance knows, and spunky twelve-year-old Abra Stone learns, The True Knot are quasi-immortal, living off the “steam” that children with the “shining” produce when they are slowly tortured to death.

Then Dan meets the evanescent Abra Stone, and it is her spectacular gift, the brightest shining ever seen, that reignites Dan’s own demons and summons him to a battle for Abra’s soul and survival. This is an epic war between good and evil, a gory, glorious story that will thrill the millions of devoted readers of The Shining and satisfy anyone new to the territory of this icon in Stephen’s canon.

What I loved most was King’s attention to detail. He pays precise homage to the original work while creating a completely new set of horrors to set our teeth on edge. Familiar characters meet new ones and fittingly the final showdown occurs back where it all began, at The Overlook Hotel. Or as Mr. Halloran so poetically put it,

In your childhood, where all devils come from.

The story appears to exorcise some of King’s personal demons as well. Though he declined to confirm his own addictions in a recent interview with NPR, a 2009 article from the UK’s Daily Mail confirms that King battled alcohol and drugs for a good part of the 80’s. Though a thorough researcher would have been able to dig up details for Dan Torrance’s AA meetings, it is clearly the voice of experience that gives the character his intriguing combination of terrible darkness and brilliant heroism.

Doctor Sleep is a frightening roller coaster of a novel that slings you through vertical loops that skim horrifyingly close to the familiar before upending you at top speed, straight into a nightmare.

Gees, even the publisher’s trailer will give you the willies.

So did you read Doctor Sleep or will you? What did you think if you did, and why not if you won’t? Post a comment or drop a line to sue@blackgate.com.

Black Gate » Blog Archive » Goth Chick News: Take A Break From the Cold and Enjoy a Spin Through Joyland

[…] until Doctor Sleep, I had been over Stephen King for some […]

[…] But you know what? A little taste of fame, no matter how brief or how long ago, will inevitably leave you craving more at some point in the future. And apparently that future for Danny Lloyd was the publishing of King’s Shining sequel Doctor Sleep. […]