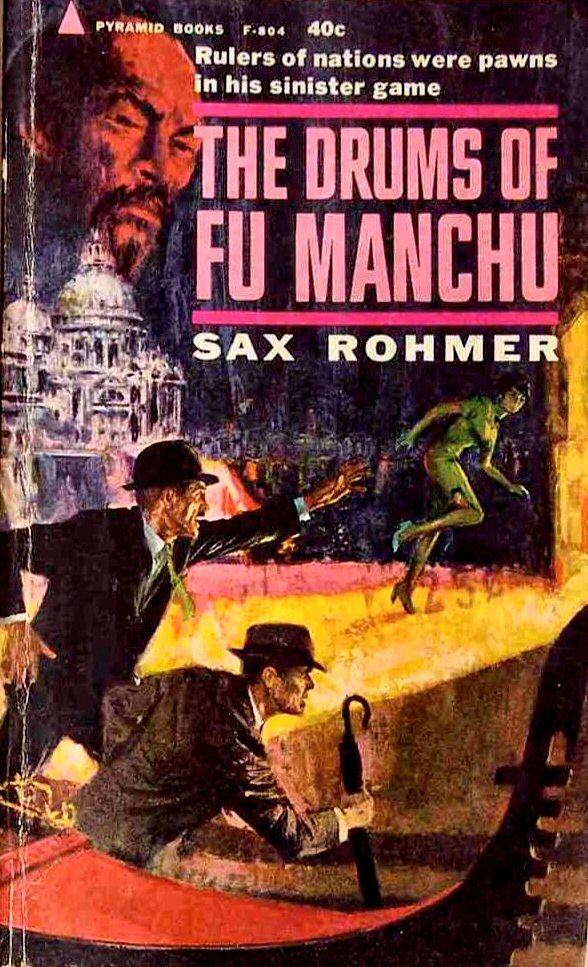 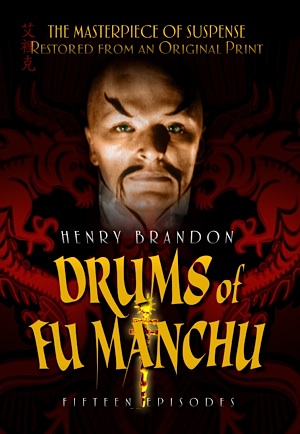 Sax Rohmer’s The Drums of Fu Manchu was first serialized in Collier’s from April 1 to June 3, 1939. It was published in book form later that year by Cassel in the UK and Doubleday in the US. The second quarter of the book picks up with a weary Sir Denis Nayland Smith contemplating whether he is too old to continue warring with Dr. Fu Manchu and the Si-Fan. Their conflict has stretched for nearly thirty years and the Si-Fan is growing in strength, while Nayland Smith is growing old.

Chief Inspector Gallaho of Scotland Yard brings news that galvanizes Smith back into action. Dr. Martin Jasper, research director of Caxton armament factory, has received his final notice from the Si-Fan. Smith, Bart Kerrigan, and Gallaho immediately depart for Jasper’s Suffolk estate, Great Oaks. Naturally, they arrive too late. The staff of the great house is in an uproar as their master has barricaded himself in his laboratory and is believed to be dead.

Breaking through the barricade, they discover the latest victim of the Green Death is not Dr. Jasper, but his Japanese employer, Mr. Osaki. While interviewing the staff, Smith learns Dr. Jasper had a frequent Eurasian visitor – a woman whose description does not match Ardatha, to Kerrigan’s relief, but rather Fah lo Suee, the now deceased daughter of Fu Manchu.

Longtime readers will be aware it is not the first time the wrong man was assassinated by the Si-Fan. While Smith pieces together the likely chain of events, Dr. Jasper arrives home and is shocked to find Mr. Osaki dead in his laboratory. Jasper explains he had invented the vacuum charger, which can increase the power of a rifle fifty times over. He was ordered to hand the plans and the model over to a mysterious woman, Mrs. Milton. Mr. Osaki ordered him to ignore the Si-Fan’s warnings, but Dr. Jasper’s nerves broke. He handed the model and plans over to Mrs. Milton, unaware that Osaki had broken into his laboratory and fell victim to the death planned for Jasper. 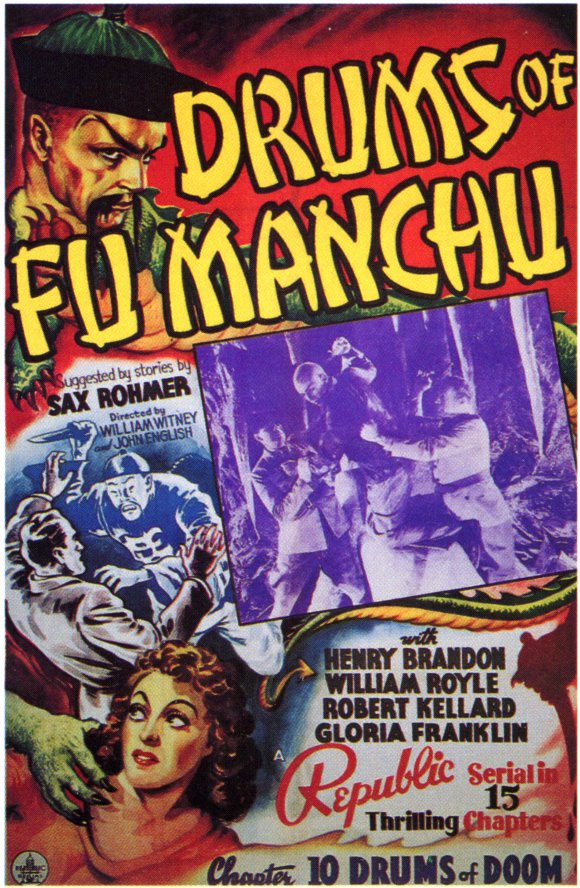 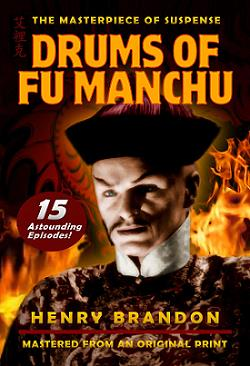 Chief Inspector Gallaho arrives with the surprising news that Mrs. Milton has been apprehended by a quick-thinking constable and is in custody. Of course, no sooner do they reach the constable then the party learns that Mrs. Milton drugged the poor man and escaped. Kerrigan is relieved when Smith again assures him Ardatha is not the woman posing as Mrs. Milton. He refers to the mysterious woman as a zombie, a living dead woman. Sir Denis also explains the Si-Fan has no desire to use the vacuum charger so much as to prevent Japan from acquiring the weapon. Smith concludes that is why Osaki’s death was not an accident.

Smith leaves Kerrigan at his apartment while attending a meeting at Scotland Yard. Kerrigan looks over a series of mementos from Superintendant Weymouth and Dr. and Mrs. Petrie, when he is startled by another unexpected television broadcast by Dr. Fu Manchu. Kerrigan is quickly hypnotized and reveals his love for Ardatha, the one fact he wished to hide from her master. When he recovers, he finds he is left mute and paralyzed on Sir Denis’s floor.

Kerrigan watches in horror as an agent of the Si-Fan enters the apartment and works on Sir Denis’s telephone, removing and then replacing the receiver. A short time later, Smith returns and finds a cataleptic Kerrigan on his floor. He is about to ring a doctor for help, while a terrified Kerrigan realizes doing so will result in Smith’s death. Suddenly, an explosion shatters the window to Sir Denis’s office and breaks Kerrigan free of his hypnotic spell. He manages to warn Smith of the grave danger he is facing. Sir Denis is startled by Kerrigan’s unexpected recovery, but rushes to the windowk following the explosion. They learn in due course that the explosion was caused by a munitions barge on the Thames that exploded, causing the accidental death of twelve men. The tragedy inadvertently prevented Smith’s assassination as they learn the mystery of the Green Death is that the poison was placed in the receiver of the victim’s telephone.

No sooner have they recovered from this incident, then Sir Denis shares the reason for his meeting at Scotland Yard, German dictator Rudolf Adlon has received two warnings from the Si-Fan to end his acts of aggression, that are rapidly plunging Europe toward a Second World War, or his life is forfeit. Smith is aware that an assassination attempt will be made the following week in Venice, when Adlon meets with Italian dictator Pietro Monaghani. Sir Denis finds himself reluctantly charged with having to save the life of a fascist dictator. As with the munitions barge tragedy, Rohmer continually emphasizes the madness of a world fixated on profiting from war. The first half of the book concludes with Smith and Kerrigan arriving in Venice, only to find the megalomaniacal German dictator is uninterested in British protection. Kerrigan is brooding in his hotel room when he is startled by the unexpected arrival of Ardatha, pleading for his help. Kerrigan’s response to her unexpected visit will need to wait until Part Three of our series next week.