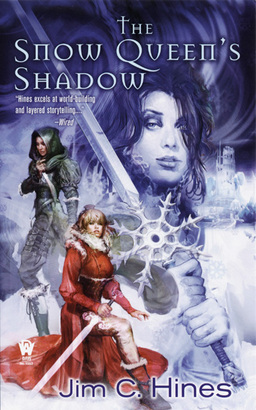 Not a lot of exposition in that type of ending, was there? Didn’t tell us much of what happened “after” – which actually turned out to be quite handy, when you consider the number of writers who have gone on to tell that “after” tale. Take Jim Hines and his Princess Novels, for example, where we learn the true, ever-after fates of Cinderella, Snow White, and Sleeping Beauty.

We no longer see much of that type of ending, perhaps because when that phrase was used more often than it is now, there was an understanding of what “after” meant, and what “happiness” was, that removed the need for any further details.

What I’m really talking about here, of course, is that old story structure chart we were taught in school, the action that rises to the climax, followed by the denouement. Where “climax” is defined by “the point at which you know how the story ends” and “denouement” is defined by “what happens after that point” – or, as we might call it, the final exposition.

We’ve all had the experience, when discussing a movie or a book with our friends, of finding that some of us want the “final” explanation, the wrap up after the climax, and some of us are satisfied that we know what happens “after,” without having it spelled out for us.

The fact is that often where you as the writer want to stop isn’t where readers want you to stop – or so my editor tells me. In my own case, with my first novel, The Mirror Prince, I had what I thought was the perfect spot to end the story. Both my agent and my editor told me that I had to tell a little bit more, that the readers would want to know what happened after.

Strangely enough, where I wanted to stop was what I think of as the “Zelazny ending.” As I’ve said before, Roger Zelazny’s the king-emperor of not explaining things, and one of the things he doesn’t explain the most is what happens “after.” I can’t think of a single one of his novels where you’re not left thinking, “but, but, what happens next?” 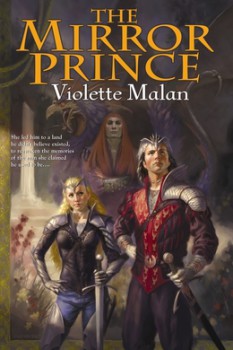 Of course, I like to think I know what happens next – but it’s what I think, not what Zelazny’s told me. I’m guessing and I’m never really going to know whether I’ve guessed right.

Now let me guess what you’re thinking. What about Nine Princes in Amber? That’s your classic Zelazny ending, where we know what Corwin plans to do next, but we aren’t shown it. Except that we are shown, in The Guns of Avalon. We can’t talk about how books end without talking about sequels. Aren’t sequels really just the ultimate denouement? A whole book of exposition, as it were? Arising out of a desire on the part of the readers to know what happens next, or at the very least to meet with the characters again? By the way, people have a tendency to think that sequels – and series – are something recent, but let’s not forget that The Odyssey is the sequel to The Iliad, The Aeneid is Virgil doing a shared-universe thing, and Dumas had a number of sequels to The Three Musketeers, so it’s not like the idea was invented in the 20th century.

Still, a whole book – or even books. Talk about giving us as much information about what happens “after” as you can. And as with any denouement, or any piece of exposition for that matter, some people like sequels and some people don’t.

Black Gate » Blog Archive » “Aren’t You a Little Short for a Stormtrooper?” Or, How to Describe Characters

[…] thought I was finished with exposition in my last post – or as finished as a writer ever is when talking about the elements of writing. But then I […]