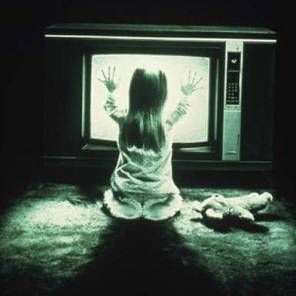 At the end of June, MGM and Twentieth Century Fox announced they will co-finance and distribute a remake of the 1982 horror classic, Poltergeist, causing fans all over the globe to let out a howl of collective agony.

Any movie that can send practically an entire generation into therapy over a stuffed clown and television static should be left entirely alone.

But of course Hollywood cannot seem to keep its hands to itself.

Gil Kenan (Monster House) is set to direct from a screenplay by writer David Lindsay-Abaire (Oz: The Great and Powerful) and the film is being produced by Sam Raimi (Evil Dead) and Rob Tapert (The Posession) via Ghost House Pictures.

Okay, the credentials had made us feel only slightly better before the synopsis sent us right back into a tailspin.

A family man called Eric Bowen (rather than Steve Freeling – GC) moves his wife and kids to a new town in the hopes of a fresh start, a plan which goes horribly wrong when his daughter, Madeleine, is abducted by evil forces. 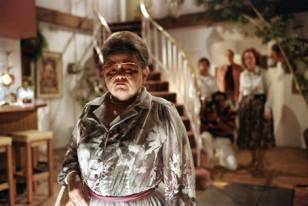 In addition, Zelda Rubinstein, who played the unforgettable psychic Tangina in the original Poltergeist trilogy, sadly passed away a few years ago, so thankfully her character at least isn’t going to be revived in the new version; instead, Tangina is being replaced by a number of new experts in the field of the supernatural.

Dad Eric Bowen’s wife, Amy Bowen, has the ability to communicate with the dead and his ex-wife, Dr. Brooke Powell, works as a parapsychologist at the local university, more or less filling the original Dr. Lesh role by bringing in a team of researchers to investigate the house. The final new addition is Carrigan Burke, host of a TV show called Haunted House Cleaners, who is apparently unfazed by the manifestations of the supernatural.

What? No Zak Bagans?

This info made the film sound like a reboot of the 1982 original rather than a straightforward scene-for-scene remake, which is a small comfort. But this week, Moviehole posted additional plot details which point to Kenan and Lindsay-Abaire’s take being more of a sequel rather than a remake and inspired at least some of us to come out of our fetal positions.

According to the site, the upcoming movie will be set in the same universe as previous Poltergeist installments, with the Freelings’ old house serving as a connection.

In one scene in the new film, the kids’ find some things behind the sliding panel in the attic. Yep, you guessed it – they find some of the Freeling’s possessions, intentionally left behind. There’s the Star Wars bed sheets from Robbie’s room, a black-and-white TV set and some Christmas decorations. 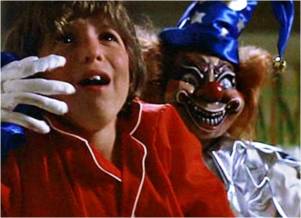 Although the new film possesses different characters and an alternate storyline, there are apparently multiple nods to the original Poltergeist films.  There’s the scary tree that proves a looming threat, the freaky clown that sits upon a rocking chair in the corner of one child’s bedroom (for the love of God, not the clown again), and of course there’s phone trouble. In this case, older sister Kendra’s cell phone gets possessed by unseen forces.

And then there’s the little girl – Madison – who makes friends with ‘The Lost People’ that nobody can see.

Never mind the fact that the Freeling house was sucked into a supernatural worm hole at the end of the first film – the writers will make short work of that inconvenient plot element.  And then there’s the question of what the technology advances which have occurred since 1982 will do to the static-y tube television.  Will Madison get sucked into a malfunctioning iPad?

Poltergeist is scheduled to begin production this fall at Pinewood Toronto Studios, meaning it will probably arrive in theaters sometime in 2014.

So what do you think?  Welcome resuscitation or DOA?  Post a comment or drop a line to sue@blackgate.com.

I’ll try to avoid one of my usual foaming rants on how Hollywood just bets on diminishing results and buys up properties to leech of nostalgia but tries with a passion I wish they’d spend on new stories to make a glossed over but diminished version of original stories… So a favorite memory of childhood is pointlessly re-told with nothing done to re-capture what made it so classic, just as if it was a 3d camp movie and a big set of fingers poke out to jab you in the eye “Nyah Nyah we got your money!”

The real thing is that Poltergeist is “Perfectly Realized”. Its essentially a “Classic” film that any change rather diminishes. It is both a good, concise scary movie, but also its a staple of the early 80s. The still prosperous but changing times. The lingering techno horror. Pre computer saturation. The New age stuff edging in. And scary stuff ordinarily not in such a horror film, like ‘crawling steak’ scene:-)

The sequel was OK, and I liked it, not as good as the first but not bad either. Then I heard they made other films, but didn’t bother to watch. But Poltergeist is an awesome film, even though it’s got about ZIP to do with real poltergeists except stuff moves by supernatural forces.

In principal the best way to deal with Hollywood’s downwards spiral is “Don’t like it? Don’t buy it.” Don’t see it in the theater, don’t buy it on rental. If you MUST see it sooner or later, wait a few months and its in the bargain bin in Hastings. If you ‘must’ see it because people are talking about it, well the net is full enough of movie reviews you can “uh-huhhh” through it. And, guess what DO NOT “Steal” it. IMO stealing/downloading actually helps them because it adds value to the product. Really, look how alarm companies proudly inform people of areas stolen from most (that can afford them) or cars that are targeted, etc.

For bonus points, look up one of these emerging abominations. Find out their investors. Write a polite, concise letter – “I am SICK of Hollywood slashing my childhood memories. I will NOT pursue this product and will try to tell others not to. Why don’t you risk money on a NEW story, or perhaps if the plot allows a good continuation?”

Really, today’s trend remind me of a Jack Womack book on America’s advanced decay told through the eyes of a young girl, “Random Acts of Senseless violence”. So many ways, but the movie is a striking match. It has that her Dad made a living as a film writer, but with an economy nearly bled dry the film studios no longer risked money on new products, they just “Re-Released” classic movies as if they were new… That was the plot device that explained her family collapsing for no fair reason a little bit before the rest of the middle class did. But the “They just re-release movies, they don’t make new ones” really stuck out. This is essentially what they are doing now, but obviously they get tons of subsidies from the government to keep “Re-Making” them which is in its own way even more pathetic. I suspect the government just adds conditions, like please say “Don’t use drugs, mmmkay!” Don’t make cops the bad guys…

I can only hope that there’ll be an article in Variety in the not-too-distant future about coffins erupting in the yards of various screenwriteres’ and studio execs’ homes.

Ok now THAT is funny…

David Lindsay Abaire is a talented playwright (one who has only recently gotten into screenwriting), so there is hope. If Hollywood leaves him alone.

But in general, I agree that Poltergeist Mach I was plenty good enough.

Remind me to tell you my scary stuffed clown story sometime…