For a week, I experienced the delightful illusion that I held the whole tradition of myth and mythic literature in my head at once. Gilgamesh to Gaiman, it floated in a perfect structure of interconnectedness. I could see through time. Then I wrote the final exam, and the illusion dissolved instantly.

I’ve had a weird week of synchronicity in which several people, none of whom could possibly know each other, have asked me what I miss about classroom teaching. The question has conjured up the best classroom teaching experience I ever had, in all its problematic glory. It began with a situation that reads like the set-up for an Amanda Cross murder mystery.

Back in the mid-1990’s, before some of my current students were born, I taught this Intro to Myth course that had its origins in a semi-scandalous departmental power grab–the oldest codgers in the English Department were trying to maneuver the university into abolishing the Comparative Literature Department.

One of their moves was to offer a knock-off version of the one undergraduate class Comp Lit could always get full enrollment for–the course that made it possible for my Comp Lit grad student friends to pay their rent and eat. That’s not hyperbole. I had classmates who lived in their cars during the summer because without their school-year teaching paychecks they had to choose between food and shelter.

The codgers offered me a break from teaching endless sections of Freshman Composition. Come teach Intro to Mythology, they crooned, invent the whole syllabus to your own liking, set a precedent for how your fellow grad students will teach it here in English. All you have to do is take food from the mouths of your friends and help us destroy their department before it can confer their degrees.

If I had turned the codgers down, they’d have found some other grad student hungry enough to do it for them. So I made it my mission to give them a magnificent, kickass course of a kind they would never want to run again. They would look upon the precedent of my syllabus and shudder.

The first order of business was to make sure my course could never fulfill the multicultural requirement. The Comp Lit folks had to be fluent readers of at least three languages other than English–when they put things like the Hymn to Demeter or the Poetic Edda on their syllabi, it was because they could read them in the original. I’m an incurable monoglot–it would have been fraud for me to claim I could do what they could do. I enlisted real live Comp Lit people in my effort to make sure my work would infringe as little as possible on their turf. They were heartbreakingly generous in sharing their teaching materials with me. From one of them, I borrowed a move that was guaranteed to fill my class roster with congenial geeks: my course description promised that the closing text would be the “Season of Mists” movement of Neil Gaiman’s magisterial comic book series, The Sandman.

The via negativa was surprisingly useful when I turned to the question of what I could offer my students. The codgers had chosen me for the course because I was writing a dissertation on a modernist poet who specialized in mythic revision. So I set out to make my Intro to Myth course a survey of myth and mythic revisionism as it contributed to literature in English. This had the advantage of being an actually sound principle for narrowing the field of all of myth into a list of works that could fit in a single semester. (A semester turns out to be a shockingly short amount of time, once you consider how you’ll cram all of human history into it.) The classical stuff, basically anything pre-Shakespeare, I limited to the first third of the syllabus, and an early text could only stay on my list if it was directly useful as a source for one of the post-Shakespeare texts. 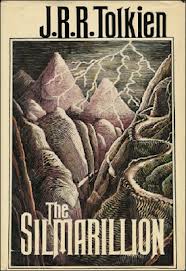 It suddenly seemed possible that I might produce something of use to real live English majors in navigating the centuries between themselves and Beowulf. Hence yes, of course Beowulf, but also the later canonical big boys: Milton, Blake, Yeats. For my even later canonical big girls, I had Hilda Doolittle (who published under her initials as H.D., as you would too if you had a name like Hilda Doolittle) and Alicia Ostriker. To please myself, to signal a welcome to the kinds of students I most enjoyed teaching, and to give the codgers one more reason never to try this gambit again, I made a big space for Tolkien. Tolkien and Gaiman figured more prominently in my course description than any other authors. I might as well have titled the course Hey, Over Here! The Silmarillion! Plus Bonus Comic Books!

By the time the first day of class arrived, I had accidentally turned my bit part in an academic satire into the occasion for teaching exactly the mythology course I would have wanted to take when I was an undergrad. That was part of the joy of what happened next, and a major source of the headaches. Here’s the thing: My students are not me. Exactly the course I would have wanted was not always exactly the course they wanted. And there was another ideal that, bit by bit, I glimpsed through the fog of the real–the best course that our course could possibly have become.

Next week, I’ll tell you how we reached for that.

Your posts are always so exciting. I come to the end of them and want them to have been longer. I look forward to the next installment!

Me too — I am eager to see what happened.

Thank you! The story does get more tradecraft-y and less Amanda Cross-ish.

[…] As I related in my last blog post, my favorite experience teaching in a classroom setting started as a satire-worthy departmental turf war, and ended up as something intermittently sublime. […]

Black Gate » Blog Archive » Teaching and Fantasy Literature: Beren and Luthien Raided the Fortress of Angband, and No One Will Get This Lousy T-Shirt

[…] we finally reached “The Tale of Beren and Luthien,” my Intro to Myth students forgave me for dragging them through the drier, more mythographic early stretches of The […]