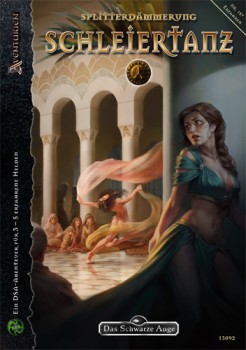 In January I contacted Jon Schindehette over at the ArtOrder about possibly running a contest on the site that would help show some of the promising talent in the field of fantasy. It was my concept to devote five special spotlight posts right here on Black Gate to a collection of new artists as judged by a panel of veteran artists and art directors in the field.

Jon loved the idea, and by February we had a contest running that ended up featuring more than a hundred and twenty-five entries from all over the globe. What were they painting? Well, if this is Art Evolution, then of course they all took a stab at Lyssa, the now iconic female wizardress that has been defined by fantasy art legends since the series began in 2010.

I must say, the experience of running this challenge was a total thrill. Watching a bevy of incredible artists use WIPNation to show the progress of their vision for Lyssa on an almost daily basis allowed me a vision of what working in an old school art department at TSR must have been like.

There were science fiction Lyssas, primal Lyssas, steampunk Lyssas, you name it, and each artist brought such a fantastic flair to what he or she did. However, when it all came down to nuts and bolts, there could only be three winners for 2012, as judged by such talents as Todd Lockwood, Jeff Laubenstein, Jeff Easley, and Lauren Panepinto.

The first of these winners you’ll get to see today, but I think in my final round up of the 2012 Art Evolution Challenge I’ll include some other incredible pieces for you all to take a look at that didn’t place in the top five. Still, you’ll have to wait till later in the year for that.

Today, I bring you the first of the five, Anna Steinbauer. I wish I could link you to some of the things said about Anna’s piece by the artists, but unfortunately ArtOrder was hacked and the site no longer displays this challenge. However, I can tell you some of the things I thought about it, and that’s just as important, right?

Anna is sublime, her vision for this project something that captured my attention the first moment I saw her work begin on WIPNation. I’m a sucker for snow, and as the project wore on, it became clear that two central themes were developing for many of the artists taking the challenge.

The base description given all participants was as follows: Young female wizardress with black hair who always wears white trimmed in gold. 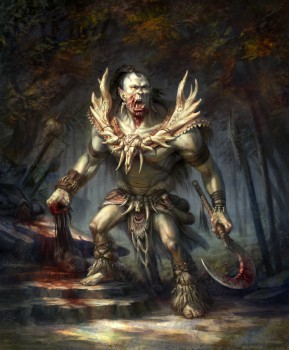 Simple enough, and if you are familiar with the previous Art Evolution challenges, all twenty-five old school artists depicted a Caucasian woman in their examples.

In the ArtOrder challenge, however, this all changed. Anna, like many of her compatriots, took the descriptor around the world to Asia, and the results were breathtaking.

Lyssa, for all you scoring at home, is immortal, and she’s traveled the fantasy world of the Nameless Realms for thousands of years before finally passing into the void of space to explore the richness of that foreign ether. When you’ve lived that long, and are as powerful as she is, there is little wonder that she, being incredibly vain, would transform herself into whatever guise pleased her, especially when presented with the opportunity to take on cultural aspects of the societies she visited.

Anna’s Lyssa does this wonderfully, the representation taking on a Chinese, if not Mongolian, style. I was captured instantly, as many of our judges were as well. The smooth lines, and subtlety of craft are evident in the images creation. Her use of shadow, and the strength of the mountains in the backdrop give the character weight that draws the viewer in.

The face, one of cherub beauty with an edge of irritation holds the kind of emotion any Art Director would be ecstatic to find from an artist. I was moved by the bare feet, a magic involved that lent to the mystically summoned deer to Lyssa’s right. The figurine is also a lovely touch, as talismongery is a fantastic and almost palpable addition to the repertoire of any wizard.

Anna deserves the lion’s share of credit for developing this truly inspired piece, and I hope you enjoy it as much as everyone involved in the project did.

As for Anna herself, well, I’ll leave you with a micro-interview that should give you a bit of insight into our first winner. With that, I introduce you to High Mountain Lyssa, by Anna Steinbauer.

BG: Can you tell me a bit about your training in the field?
AS: I live in Graz, where I went to a secondary school for Art and Graphic Design – a special type of education only prevalent to Austria. The closest thing to compare it to is probably a college. Sadly the school wasn’t what I (and many other students) expected it to be. The focus was entirely on graphic design and the art education consisted mostly of very few drawing sessions without much instruction. I basically had to teach myself all I know about drawing and painting now, using books and the internet. It was only natural to continue studying art by myself after graduation and I’ve been doing that while working freelance ever since.

BG: Do you currently work professionally in the field of art?
AS: I’ve been working as a freelance illustrator for about a year now. 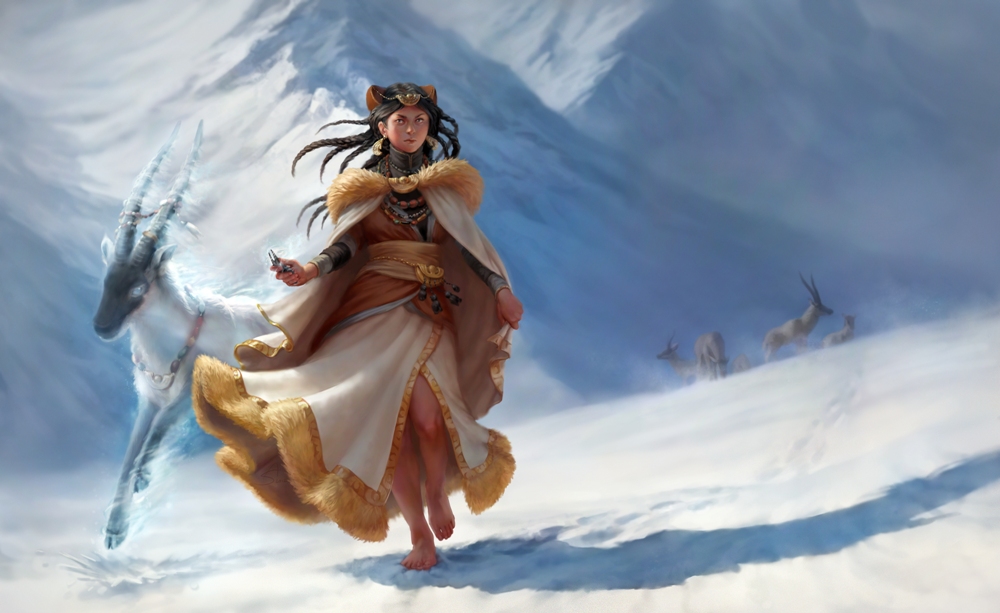 BG: As an artist, where would you like to see yourself in five years?
AS: I really enjoy being a freelancer, so I believe would like to keep it that way in the future. Five years is a long time, so I’ll hopefully have increased my skills significantly by then and get to work on many interesting projects.

BG: What drew you to this challenge in particular?
AS: I liked that the description for Lyssa gave guidelines to base the design on, yet left so much room for interpretation. It sounded like a fun image to work on – and it was!

BG: You’ve certainly done a unique vision of Lyssa for the challenge. Where did this version come from?
AS: At the time the challenge was announced I had just been researching the cultures of a few different Asian countries. I have come to love traditional Tibetan clothing, so I used that as my main inspiration.

BG: Barefoot in the snow, where did that come from?
AS: My version of Lyssa lives deep in the mountains, secluded from other people. It may appear to be a bleak and uninviting place, but to Lyssa, and the animals she has sworn to protect, it is home. I hoped the bare feet would somehow help convey a feeling of closeness to nature and her surroundings.

BG: What is this version of Lyssa thinking?
AS: I imagined a situation where Lyssa senses some kind of danger – perhaps there is a group of hunters on the prowl. “Not on my mountain…” she thinks, as she summons a spirit animal.

BG: What techniques did you use in the paintings creation?
AS: I painted the image in Adobe Photoshop, following a working process that developed over time. I start out with many composition thumbnails and design sketches to work out the best possible solution for what I want to do. Then I make a somewhat clean line drawing and lay in some flat colors. Having the background and the character on separate layers helps to speed up the painting process in the beginning, since I can keep things clean more easily. Later on I usually flatten the layers and finish the painting like that.

BG: Where do you draw inspiration for your pieces?
AS: It’s different every time, but lately I have been getting many ideas from different lighting scenarios.

BG: When defining magic in fantasy art, how do you see it best put into practice?
AS: Magic effects can be incredibly useful tools for artists, since they work as easily manipulated compositional elements and light sources. In some cases the image benefits from a more subtle approach though.

BG: There were many comments from the judges concerning your snow. How did you create it for the final product?
AS: After deciding on the general lighting of the image, I looked up a lot of reference photos to study from. After that I went ahead and painted the snow from imagination, trying to put the things I learned to use.

BG: Who would you consider your greatest influences in the field of fantasy art?
AS: There are too many to name them all, but some of my favorites at the moment are Jason Chan, Craig Mullins, Jaime Jones and Todd Lockwood.

BG: Do you have anything you are currently working on you’d like to share that readers could
come and take a look at?
AS: On my blog I like to post sketches, studies, personal pieces and client work whenever I can.

If you like what you read in Art of the Genre, you can listen to me talk about publishing and my current venture with great artists of the fantasy field or even come say hello on Facebook here. And here’s a view of my current Kickstarter: