I met C.A. Suleiman online as I was working on this Best of Modern Arabian fantasy series. While Colin is not the only person of Middle Eastern descent I’ve interviewed, he is the first to appear.

A writer, musician, and game designer, Colin has built many worlds and milieus, many of which are inspired and informed by his Middle Eastern heritage. It was fascinating to discuss modern Arabian fantasy with a modern Arab-American.

Read on to hear his thoughts on this increasingly popular subgenre.

An Interview with C.A. Suleiman

Conducted and edited by Emily Mah, May, 2012 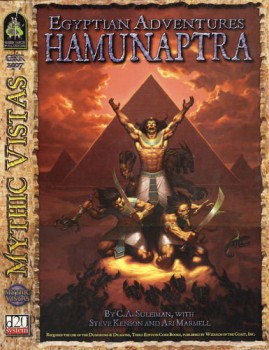 Emily Mah: You’ve got quite an extensive resume. Sorry to pass the ball here, but do you think you could give our readers a quick rundown of your career and life?

C.A. Suleiman: I’d be happy to. I’m a musician, writer, and game designer. I was born in Ohio, but moved to the D.C. area at an early age, and have lived there (but for a few short stints) ever since.

As a writer, I got my start in creative game design, and have written or co-written scores of books for games like Dungeons & Dragons, the Supernatural roleplaying game, and Vampire: The Masquerade. I co-authored the latest edition of the latter — Vampire: The Requiem — as well as several key supplements.

I was the steward and line developer for the first fantasy campaign setting, Dave Arneon’s Blackmoor, until its legendary creator’s death in 2009. I’m currently at work on my first novel-for-hire, which should be out by year’s end (and announced within the next month or so, I imagine).

I’ve also worked on board games and card games, and have contributed articles to various gaming and horror magazines, including The Unspeakable Oath (a magazine devoted to the Cthulhu Mythos).

My Middle Eastern-influenced rock band — Toll Carom — can be found online and on Facebook, where its second album is forthcoming.

Unlike anyone else I’ve interviewed for this series, you’ve got Middle Eastern heritage. Can you share your background with us?

Sure. I’m Palestinian-American; my father was born in Jerusalem, and was one of the near-million Palestinians turned lifelong refugee by the Nakba. I identify as Arab-American if I’m cornered into it, but mostly, I’m just American.

And finally, can you share with our readers your works that make use of a Middle Eastern inspired milieu?

Well, I’ve been the resident Middle East Guy at White Wolf for going on a decade, now, so a lot of my relevant work in that arena is for their World of Darkness. (To their credit, they’ve never been shy about engaging the Middle East in their books.)

A few years back, as part of their Middle Eastern “theme year” to promote their mummy-focused game Mummy: The Resurrection, I worked on several of the banner books (theme contributions), including my first solo book credit, Cairo by Night (about vampires in Cairo).

That led to my becoming the line developer for Mummy (see your last question, below). I also created an ancient Egyptian-themed fantasy setting called Hamunaptra, which came out in boxed set form (including three books and a full-color map) a few years back, courtesy of Green Ronin Publishing.

Given your ethnicity, what’s been your take on the recent wave of Arabian fantasy that’s come out? Do you find it reminiscent of Middle Eastern society, or more Western stories with Middle Eastern trappings? 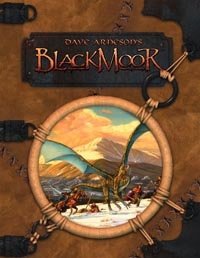 Some of it definitely smacks of “Orientalism,” but I’m not so sensitive that I can’t look at both context and intent when I engage art/media in that vein. Frankly, I can’t say I’ve read enough of it to consider my assessment especially informed (you know what they say about writers having time to read everything they want to read), so that’s probably of some importance.

Beyond that, though, I’ll just add that since my expectations are low by default, I’m often surprised by the creativity and care that goes into addressing the topic, especially in fantasy (which might be ironic, since it doesn’t apply so often or so well in real life). On the hobby gaming side, there’ve been a few notorious offenders over the years, but not nearly so many as one might think, and that’s worth appreciating that industry and its fans for.

What, in your opinion, helps define a milieu as Middle Eastern? And what is it, do you think, that fuels the current fascination with Arabian fantasy?

To the first part, I’ll say that that’s a subject of considerable debate, still. Beyond the obvious — setting one’s stories in the Middle East or in cleanly-derived analogs thereof — my opinion is that most of it comes down to two things. The first is something that’s fundamental to all aesthetics, which is theme: What are the themes being expressed, and are they illustrative of some core aspect of Middle Eastern cultural or religious context?

The exciting thing about that part is that we’re always open to being surprised; some great writer might come along and show how a traditionally “Western” theme might be evoked to good and thematic effect in a Middle Eastern milieu, and voila… game change. The second thing it comes down to is sensuality. 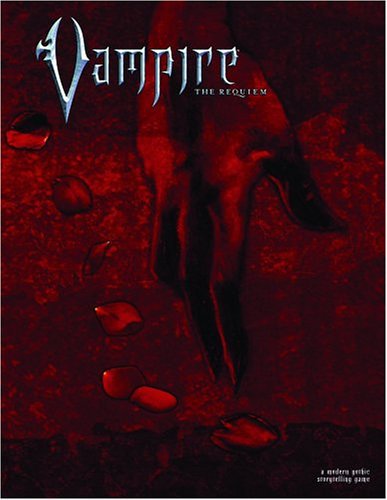 Even in a post-Orientalism world, people — in the West and otherwise — associate the Middle East with powerful sensory experience, whether it’s sights, sounds, smells, textures, or all of the above. An extremely sensual narrative can evoke the Middle East even if it invokes none of its superficial characteristics.

As to what’s fueling the current fascination, I’d say it’s (again) a combination of things: The first is that we, as Westerners, have metaphorically progressed beyond the anger and denial “stages” in our grief over 9/11. We commemorated the 10th anniversary of the event last year, and now we’re looking for healing and understanding, and as is the human wont, that comes best with engagement of the subject.

Another thing fueling the fascination is that its a form of delicious escapism, isn’t it? The exotic locales, the sensual nature of the milieu’s imagery, even the weather… for economically depressed Westerners (especially those who live in the north or mid-west), it’s exactly where their minds would rather be most days.

And whether you’re a good old boy who likes to read about how the Western “fish out of water” thrives and survives in the exotic locale full of swarthy-skinned foreigners, or a minority kid struggling to get through high school who identifies with a Middle Eastern protagonist, there’s a Middle Eastern-influenced story out there just for you.

Personally, I’m thrilled there’s been a surge in interest.

Each of our interviewees for this series has given their list of Arabian and Middle Eastern works that they recommend that anyone interested in the culture find and read. Could you share yours with us? 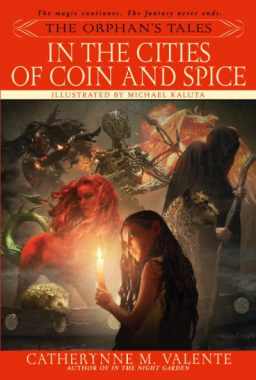 Throne of the Crescent Moon, by Saladin Ahmed, is my odds-on favorite of recent stuff that I’ve read. Being of Middle Eastern descent certainly helped in Saladin’s case, but you can tell he didn’t use that as an excuse for either not doing his homework or not using all that familiarity to structure a tight story.

In the Cities of Coin and Spice, by Catherine Valente, is my dark horse. While not expressly Arabian or the like, it shows how a grasp of the sensuous nature of experience can steep one’s writing in a milieu.

If we’re talking about must-read criticism of the entire milieu, that’d be Edward Said’s Orientalism.

What’s your take on building a magic system from a Middle Eastern milieu? Do you find Middle Eastern attitudes towards magic and mysticism to be fundamentally different from Western ideas of spellcasting, eternal youth, magic workers chosen by birth and other such well known tropes? Or, for that matter, do some of those tropes originate in the Middle East?

The general, “default” view of fantasy, you might say, is both traditional and Western. It’s encapsulated by Tolkien, of course, and more recently by George Martin, who didn’t actually vary the milieu itself at all; just the themes and tones. This default view informs the presence or use of magic in most fantasy accordingly.

When all that a reader (or writer) has been exposed to is Merlin/Gandalf and the magic of the fair folk, that’s typically all he’ll understand of magic systems at large; and the truth of the matter is that there are almost as many systems of magic as there are voices to express them. (That is, in fact, one of the purposes of higher magic, depending on who you ask.) 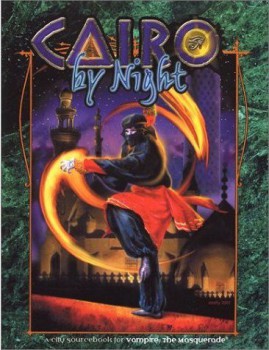 If they’re familiar at all, most people just think of genies and other Arabian Nights-derived views of magic and mysticism, and that suits most readers fine. There’s a lot more depth to mine there, of course, but one has to really do his homework — has to really care about unearthing it and incorporating it — as it’s not nearly as accessible as other systems.

And yes, I’d say that certain tropes absolutely do originate in (or saw singular definition in) the region.

How much do you find modern politics distorts or augments Western perceptions of the Middle East?

That’s a bit of a loaded question, of course, but I’ll tackle it just the same. Anyone who understands how our political process works knows just how large a role politics — and the playing thereof — has in shaping the broader cultural attitudes of the majority, especially in its views of “foreigners.”

So, the short answer is, “Politics distorts perceptions of the Middle East when it needs to distort them (as it has with the Israel-Palestine situation), and augments them when it needs augment them (as it has with the Israel-Palestine situation).” What’s most interesting to me here is that the current backlash against the government — the broad-based resentment of government ineffectiveness and/or corruption — may be playing a part, maybe even a large part, in the renewed interest in the Middle East as a fantasy milieu.

Generally, when people start asking themselves, “Can I fully trust my own government when it comes to X?” the very next question tends to be, “Can I trust what they’ve been telling me when it comes to Y?” (In this case, the “Y” in question is the Middle East and all its attendant aesthetics and concepts.) 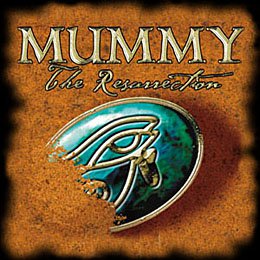 And that of course only drives interest towards, rather than away from, Y, which I find wholly appropriate.

Can you share with us and new releases or upcoming releases for our readers to look out for?

Sure. On top of the novel I have coming out at year’s end (which I’d love to dish on, but which I’m bound to hush up about until it’s announced officially), I’m very excited to debut the core set for the new iteration of Mummy.

The game’s called Mummy: The Curse and it should be out in August or so. We’ve got supplements in mind beyond the core set, so folks who like the game will want to stay tuned. In the meantime, here’s my blog for the game, which will be spoiling details as we get closer to the release.

Many thanks to Colin for taking the time to answer my questions! This series gets more and more fun with each interview.

You can read the other installments of The Best of Modern Arabian Fantasy series here:

Very nice set of interviews. After Judith Tarr, another new writer discovered! I bet his upcoming book is set in the Pathfinder universe. 😉