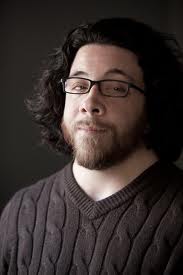 Saladin Ahmed‘s been very, very busy as his career takes off after the success of Throne of the Crescent Moon, the first novel in an exciting new Arabian fantasy series that received starred reviews from Kirkus, Publishers Weekly, and Library Journal, so I was lucky that he was able to take the time for an interview.

I always try to fake up some confidence in an interview and not think of how famous or talented my subject is, so imagine my horror when I got the answers back and found I’d mistyped the title for his book in the questions. I’d planned them carefully and had his book open as I wrote them, but used an abbreviation of the title from my notes.

I can only speculate about the fingernails on a chalkboard feeling Saladin had while answering questions from some random woman who sounded like she barely knew what she was talking about, but he was gracious. At least I didn’t misspell his name.

Read on for some tantalising hints about his next two books.

An Interview with Saladin Ahmed

Emily Mah: To begin with, can you tell us a little about your background and how it was you became interested in writing Arabian fantasy? 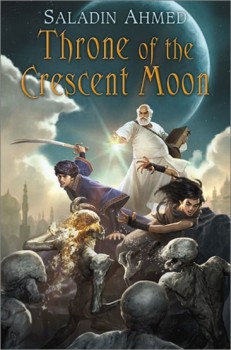 Saladin Ahmed: It came rather naturally to me, I suppose: I was a D&D nerd growing up in the biggest Arab enclave in the US. On a given night, my Dad was equally likely to take me to a big communal Arab dinner, or watch the Rankin-Bass Hobbit cartoon with me.

When you set about world-building for Throne of the Crescent Moon, how did you approach the task? How much of the world is based on history and how much on fiction? Did you supplement your fiction with research, or begin with research and supplement it with fiction?

Well, I’ve been taught about Arab/Muslim history, and have had living Arab American culture in front of me, all of my life. So by the time I wrote Throne, I had a certain amount of ‘research’ almost hardwired into me. But I certainly did tons and tons of historical research as well: books on daily life in medieval Cairo, books on the topography of Baghdad, books on the history of middle eastern religion/mythology, etc. Ultimately, though, I wrote a secondary world fantasy rather than a historical because I wanted all of that research to be something I could draw on, rather than something I owed fidelity to.

What role did your knowledge and research of Arabian lore play in the magic system you created? How closely did you stick to mythical precedent, and to what extent did you take it in your own direction?

There’s quite a lot of my own stuff in the magic and monsters. Ghuls, for instance, are rather different in Arabian mythology than they are in my books. 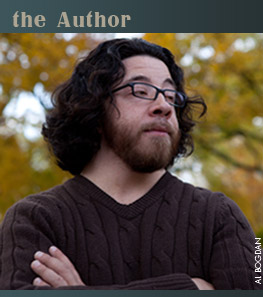 Throne of the Crescent Moon, although the first book in the series, begins with characters who have a considerable amount of history that plays prominently in how they relate to one another and the decisions they make throughout the story. How did you build up this backstory? Are there other short stories with these characters that our readers can enjoy?

Yes! Where Virtue Lives tells the story of Adoulla and Raseed’s meeting, and is thus a sort of prequel to Throne. Judgment of Swords and Souls is set in the Crescent Moon Kingdoms – at the Lodge of God, where Raseed trained – and features Layla bas Layla, a character who will appear as a major antagonist in Book 2.

I ask every author in this series this question: are there any works of Arabian lore, myth, history, or literature that you would recommend to someone unfamiliar with the region?

I don’t want to spoil the end of Throne, so I’ll keep this question somewhat cryptic. How many of the main characters from this book  will we see in the sequel?

Can you tell us about the rest of this series? Are there any other upcoming releases you’d like to share with us? 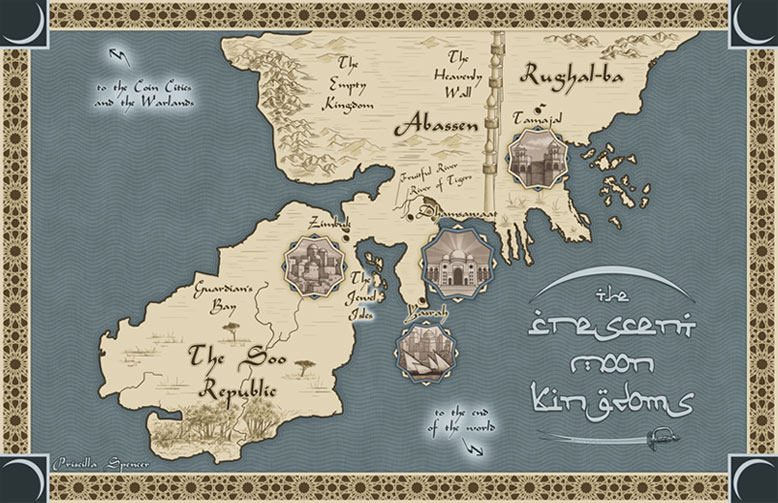 The consequences of the dramatic events at the end of Throne will ripple outward. Books 2 and 3 will expand greatly in geographic scope, as turmoil spreads within the Crescent Moon Kingdoms and an invading army threatens from without. Raseed will cross paths with a renegade from his order. Zamia will come into conflict with the mysterious, superhuman Djenn. And Adoulla… Ah, but I’ve said too much already.

Well, that just moved me from planning to read the sequels to looking them up for preorder. Thanks, Saladin, for taking the time to talk with me. Best of luck on your next two books!

You can read the previous installments of The Best of Modern Arabian Fantasy here: