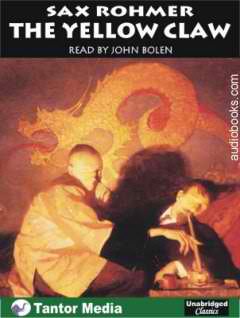 Sax Rohmer’s The Yellow Claw was originally serialized in five installments in Lippincott’s from February through June 1915. The serial was subsequently published in book form later that same year by Methuen Press in the UK and McBride & Nast in the US. The novel chooses to divide the story into four sections. This week, we examine the second part.

Rohmer shifts gears unexpectedly by focusing Part Two of the novel on Soames, the Leroux butler who skipped out when Inspector Dunbar arrived at his employer’s home to investigate a murder. We learn Luke Soames fled because of his chequered past (he was dismissed by his previous employer for theft) that led him to falling prey to the sinister Mr. Gianapolis who arranged for Soames’ employment in the Leroux household. Soames is aware that Mr. Gianapolis works for a mysterious Mr. King who has some secret connection to Mrs. Leroux, but for awhile Soames is content to question little and perform the few curious extra duties that Gianapolis requests of him.

When Soames learns of a dead woman in his employer’s home and the arrival of Inspector Dunbar, he panics and flees fearing his criminal past will be uncovered by the detective. Coming to his senses, he contacts Gianapolis. The Greek takes him into Mr. King’s household and tells him he will find other employment for him, but warns him that if he fails them again, he will be handed over as an accessory to murder. Soames recognizes the fact that Gianapolis has complete control over him for without Gianapolis and the mysterious Mr. King who employs him, he would be a ruined man. 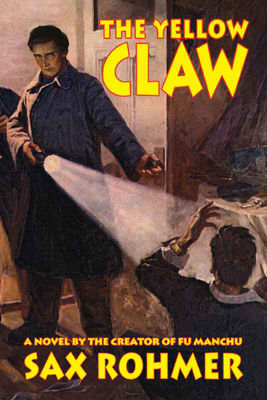 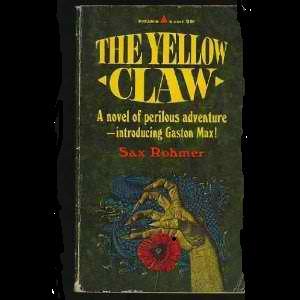 Soames’ new assignment is in the Limehouse residence of Ho-Pin where he is suitably disguised and given the new identity of Lucas. Soames finds his new duties consist of playing valet to the various guests in Ho-Pin’s house. It doesn’t take long for Soames to realize that Ho-Pin’s residence doubles as an opium den and the guests he must cater to are wealthy addicts.

Before long Gianapolis shows up to check on him and assures him that Mr. King is well pleased with his performance. Gianapolis also speaks to him of opium, for Soames has never partaken of the drug, as if it were not only a religion, but the one true faith. Soames, having witnessed some of the addicts’ opium dreams, is more than a bit curious if fearful of trying the drug.

Soames later reads in the newspaper that because he fled the Leroux household, he is now chief suspect in the murder of the woman found dead in Leroux’s study. Soames begins to despair of life trapped as a virtual prisoner in Ho-Pin’s opium den where the unseen Mr. King plays games with the lives of drug addicts and the slaves in his service alike. The second part of the novel reaches its menacing, yet fascinating conclusion leaving readers eager to learn what will happen next in this highly unorthodox novel for Rohmer.