“Ki-Ming” was the seventh installment of Sax Rohmer’s The Si-Fan Mysteries. The story was first published in Collier’s on March 3, 1917 and was later expanded to comprise Chapters 27 – 29 of the third Fu-Manchu novel, The Si-Fan Mysteries first published in 1917 by Cassell in the UK and by McBride & Nast in the US under the variant title, The Hand of Fu Manchu. The US book title marks the first time that the hyphen was dropped from the character’s name, although it was retained within the text.

“Ki-Ming” starts off with Dr. Petrie burning the midnight oil one night working on his account of his and Nayland Smith’s recent exploits which he has entitled, The Si-Fan Mysteries. Petrie notes that Smith has gone to the theater for the night with visiting friends from Burma. Like Poe’s anonymous narrator of “The Raven,” Petrie is disturbed by a repeated tapping at his window for which he fails to discover the origin. Throwing the window open, Petrie peers down into the street and hears the tapping now coming from the front door. Rushing downstairs without puzzling over why his late visitor has not rung the doorbell, he stops to arm himself. He throws open the door and steps into a trap as a pair of dacoits lie concealed on either side of the door and a third (having entered through the open upstairs window) has followed him downstairs. Petrie is quickly bound and a bag filled with hashish is tied over his head. 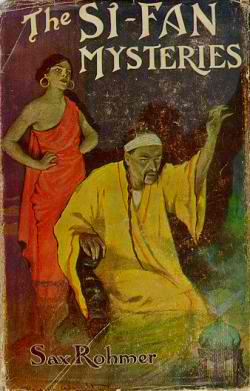 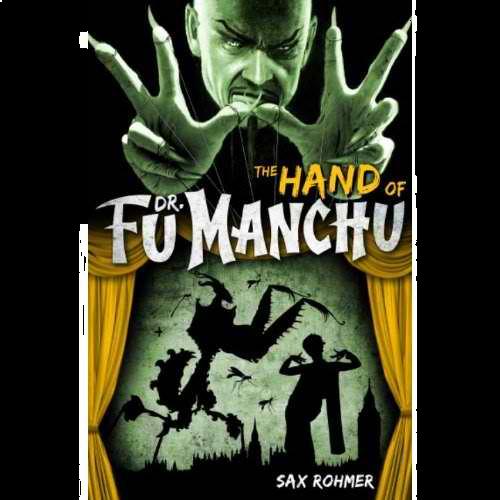 He awakens to find that he is in the presence of a Mandarin. The Mandarin apologizes for abducting Petrie but explains that it was necessary to bring him to him as, unlike Nayland Smith, Petrie will not recognize his host. The Mandarin explains that Dr. Fu-Manchu has precipitated a schism within the Si-Fan and that the Sublime Prince has placed a death warrant upon Fu-Manchu as a consequence. The Mandarin provides Petrie with a sealed envelope that he promises will allow Nayland Smith to act as the Si-Fan’s executioner and carry out Fu-Manchu’s death warrant. Petrie is then escorted blindfolded and driven to a location in the heart of London. Upon returning home, he finds Nayland Smith frantic with worry over Petrie’s abduction. Smith informs him that he must reach the Chinese Legation right away as he has just learned that the Mandarin Ki-Ming is in London. Petrie tells him that he can save him a trip as he has just come from the Legation and met with the Mandarin!

A short time later, an unusually agitated Nayland Smith explains to Petrie why he does not trust the Mandarin Ki-Ming. He relates a story told to him by a friend, Monsieur Sokoloff who dined with Ki-Ming in China. A servant inadvertently dropped a dish during dinner. The Mandarin (an Adept in Lamaism from the Rache Churan Monastery) used his telepathic abilities to overcome the man’s will and force him to destroy himself. Sokoloff watched the terrible struggle as the man climbed fully-clothed into a lake and drowned against his own will. Another servant replaced the dead man and Ki-Ming resumed his dinner as if nothing had happened. Petrie inquires as to the contents of the sealed envelope that Ki-Ming addressed to him. Smith replies that it contained a warning, written in Chinese, that an attempt would be made on Smith’s life that night and that Petrie should stand guard by the window of their apartment. 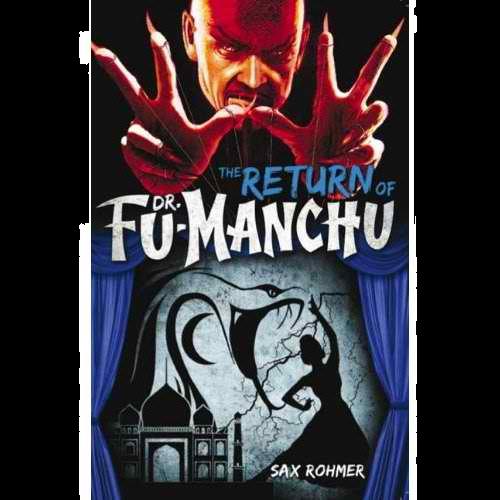 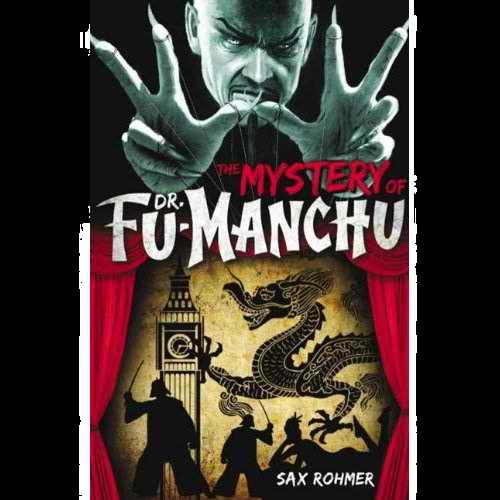 The episode reaches its tense, fraught-filled climax as Smith and Petrie maintain their lonely vigil in their apartment well into the night. Both men are armed with Smith watching the door while Petrie guards the window. During the monotonous passage of time, Petrie spies the seductive Eurasian, Zarmi in the court below their window and then sees Ki-Ming with her. Rather than alerting Smith, Petrie falls under Ki-Ming’s hypnotic influence almost instantly. After recalling dreamlike his exploits in the war against Fu-Manchu, he is startled to find someone grabbing his arm and turns to see Dr. Fu-Manchu standing before him in the apartment. Unhesitatingly, Petrie aims his revolver at Fu-Manchu’s skull and pulls the trigger. As he does so, his mind clears and he sees that his victim was, in reality, Nayland Smith!

Petrie awakens in Charing Cross Hospital under the care of Dr. McCabe. Smith is keeping vigil at his bedside. Dr. McCabe explains to Petrie that when he was drugged with hashish and abducted, he must have been given a second dose of the drug which left him susceptible to Ki-Ming’s post-hypnotic suggestion. The entire exercise has been a carefully-plotted attempt to manipulate Petrie to assassinate Smith. They have won a temporary victory over the Si-Fan. They now have proof that the Mandarin Ki-Ming is a member of the organization and have successfully thwarted a daring attempt on Smith’s life. The episode includes with readers eager to learn where the penultimate chapter will take the storyline as the serial draws near its conclusion.