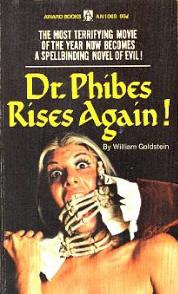 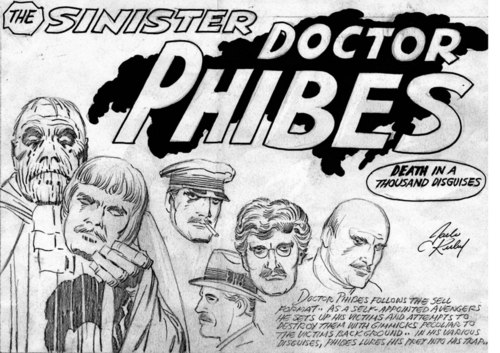 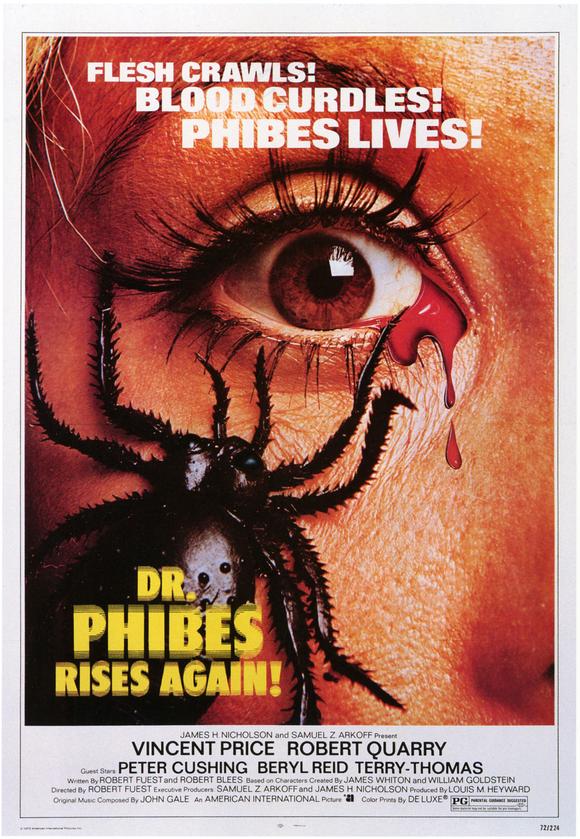 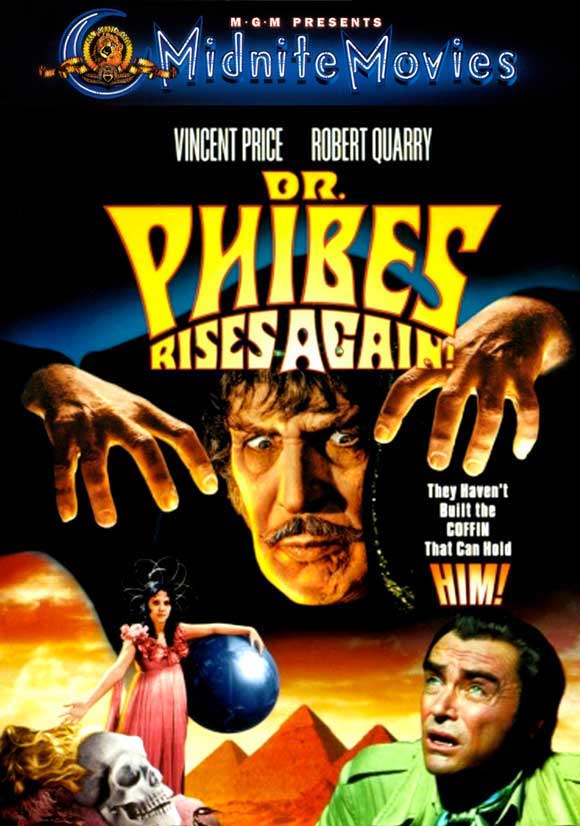 Blees and Fuest’s script for the eventual film, Dr. Phibes Rises Again is much stronger than what was released to theaters the year following the first film. Straight off the bat, they discard the character of Schenley and shift the dynamic to Trout and Waverley instead. This was likely a budgetary decision since Goldstein and Whiton’s script used three detectives while Blees’ rewrite chose to reduce the number to two. The film suffered from budget cuts and heavy re-editing that left audiences with a movie comprised of too many short scenes that rendered much of the story and characterizations confused at best. This is unfortunate as is the fact that Fuest incorporated even more camp comedy than what the script contains. Blees did appear to take his assignment seriously and his draft would have made a worthy follow-up, but the resulting film comes off well only where Phibes and the various lurid murders are concerned as the plot and characterization suffer greatly. The end result is that AIP’s second Phibes film is far less than it might have been.

None of this prepares the reader for reading William Goldstein’s movie tie-in novel published by Award Books in the US and Tandem Books in the UK in 1972. As Phibes’ creator, Goldstein always desired to treat the character with dignity and his vision for the sequel was considerably darker than Fuest’s. The two men seemed of one mind in drawing inspiration from classic horror and mystery films as both Phibes films echo Rowland V. Lee’s The Mysterious Dr. Fu Manchu (1929), the MGM camp classic The Mask of Fu Manchu (1932), and most importantly Edgar Ulmer’s The Black Cat (1934). The latter is particularly relevant here since Goldstein’s novel injects a critical element of pedophilia to the proceedings that seems to mirror Ulmer’s earlier work and has no basis in Feust’s film or the screenplay.

I neglected to mention when discussing Goldstein’s first novel, Dr. Phibes (1971) last time that he is a rare commodity among screenwriters in that he is equally at home writing screenplays as he is books. The percentage of screenwriters who are truly literate is not as high as one would hope and both of Goldstein’s novels rise far above the usual level of tie-in books to stand on their own as significant works of horror fiction in their own right. The book of Dr. Phibes Rises Again does contain some racy passages that read rather silly today, but such scenes were in keeping with the content of the majority of paperback originals published since the market sprang up under Fawcet Books in the 1950’s. This aside, the flowery prose in these scenes is actually relevant to the story and understanding the characters despite the fact that there are no corresponding sex scenes in the film. 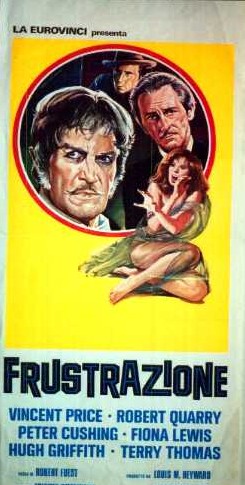 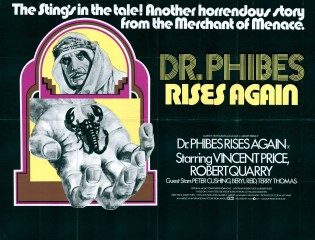 It is evident from both books that Goldstein’s intent for the property was to make serious R-rated horror films. Hopefully when Phibes’ turn to be recycled by Hollywood comes along, some enterprising producer will realize that both of Goldstein’s books present the perfect opportunity to revitalize the property without stepping on the shoes of a camp classic that could never be faithfully recreated today (short of letting Joel Schumacher near it). Goldstein’s book is actually the most satisfying version of the Phibes sequel as he goes to great pains to flesh out the characters and their back stories.

As with his first book, the reader is given less scenes with Phibes, but greater depth and impact when he does appear. An example of how Goldstein improves or expands upon the material is in learning the fate of Inspector Trout after the first Phibes case. While the film portrays the detective as unchanged from the first film (apart from letting him play straight man, figuratively and literally to his superior, Waverley), Goldstein portrays him as a man whose career and life fell apart after this landmark case. Trout is tainted by Phibes and his failure to bring the madman to justice proves his undoing. The Inspector has been demoted, has fallen to drinking heavily, has become abusive to women, and developed a regrettable attachment to S&M and East End prostitutes following his exposure to the twisted events of the first film. While this development may seem irreconcilable with the likable detective genre stereotype of the films, it is an honest portrayal of how a normal person would be tarnished by such a case in real life. It also adds dramatic weight to the potential for Trout to redeem his career and character when he recognizes Phibes has returned six years after the events of the film (the movie sticks to Blees’ decision of only advancing the story three years after the first film).

Trout is hardly the only character that comes off better in the book. Biederbeck and Diana become real people that the reader understands better as Goldstein develops their characters throughout the course of the novel. The film never allows Biederbeck to become a credible threat and Diana seems like little more than a whiny girlfriend who quickly grows tiresome. Goldstein creates characters that one comes to care for and understand. He takes great liberties in doing so (particularly in lengthy flashbacks to Biederbeck’s past life in ancient Egypt, something the film and screenplay barely suggested), but he imbues a rather thin imitation of his original work with something that approaches its depth and dimension turning his novelization into the worthy heir the film should have been. All of Biederbeck’s crew come off equally well-drawn. As with the first book, Goldstein delights in delineating differences between characters with similar flaws or vices and he does so here perhaps even more deftly than he managed the first time. It is a happy accident when a tie-in novel is significantly better than the film that inspired it, but it is certainly the case with this book. Interestingly, all further attempts to revive the property from Paul Clemens and Ron Magid’s unproduced script, The Seven Fates of Dr. Phibes to the recent comic book adaptations have all drawn heavily from this second Phibes thriller as the blueprint for developing the characters further.

In the original, we are granted two distinct but valid interpretations for the character in the form of the camp classic film and the excellent book by the character’s creator. The sequel presents us with only one option for someone wishing to see a Phibes sequel come off without failing to measure up to the original and that is within the pages of Goldstein’s novel. Both books are highly recommended to collectors and present the character as the last connection with not only classic horror, but a now defunct sub-genre of mystery thrillers centered upon a diabolical criminal mastermind. The original film is richly deserving of its accolades. It is high time for Goldstein’s serious and highly literate books to garner their own much-needed attention.