Question: If grungy rock musicians from Seattle get all the Barbie-doll girls, then who gets the Goth Chicks?

Cue the organ music and pull back the black velvet curtains to reveal the boys of Midnight Syndicate and their newest title Carnival Arcane; just in time for your Ray-Bradbury-inspired, Something Wicked This Way Comes themed cocktail party.

You all have one of those, right? Or is it just me…?

The Bradbury reference is inevitable as a haunted, night circus is what immediately came to mind when I listened to this CD. And if clowns are your nightmare, I wouldn’t fall asleep with the track “Sea of Laughter” playing in the background.

The narrative of the disc surrounds the Lancaster-Rigby Carnival, a turn-of-the-century traveling circus with more than a few skeletons in its closet.

Inspired by historical research into carnivals of that time period, Carnival Arcane co-creator (and my musician-groupie crush) Ed Douglas describes the music this way:

We wanted to push the boundaries on this disc. For a band that’s made a career of making “soundtracks to imaginary” films, I think this one feels more like a movie than anything we’ve done to date.

It’s definitely the most complete and intricate soundscape we’ve ever produced. You can practically smell the popcorn and Fairy Floss (cotton candy). “There’s also a tremendous amount of variety. There are moments where I think the listener will find themselves caught up in this strange sense of wonder and macabre fascination, and others that will leave them shaking in their boots. We were able to expand our instrument roster on this disc in ways that we’d only touched on before.

Each one of the twenty-five tracks is a self-contained gem of a storyline that will strike a nerve with anyone who believes there’s something more disturbing at traveling carnivals than employees without good dental plans. 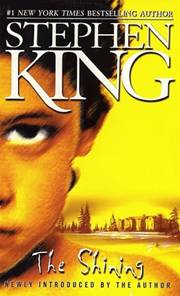 But don’t take my word for it. Listen to a sample track here, then pick up Carnival Arcane at Midnight Syndicate’s home page, on iTunes or at Amazon.com.

And now for the “something cool to read” bit…

Back in 2009 I was sort of hoping it was a rumor that Stephen King was considering penning a sequel to The Shining.

It has evolved into one of King’s signature stories, thanks in part to the Stanley Kubrick film adaptation; a film which King hated to such a degree that he made his own television version in 1997, then probably wished he’d left well enough alone.

And let’s be honest; Mr. King hasn’t exactly been on a literary roll recently (at least in my opinion) which may be a contributing factor to why he was considering returning to one of his classics.

So pop quiz: is a sequel to The Shining a long-awaited dream or a fast-approaching nightmare?

Doesn’t matter, it’s apparently a done deal in any case.

The title, originally reported to be Dr. Sleep, is in fact the name of the book, and King is already out reading excerpts. From those small bits, it seems to be about psychic vampires, at least in part.

Really…? Is this entirely necessary?

It’s now official – Stephen is working on Dr. Sleep, the sequel to The Shining. This weekend Steve read an excerpt from this at his appearance at George Mason University. They have given us permission to post their taping of the event here on Steve’s site which we will do as soon as we receive the file. Dr. Sleep’s plot includes a traveling group of vampires called The Tribe which is part of the passage he read from. 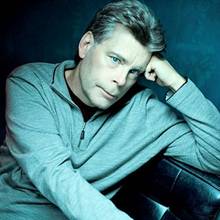 Well, YouTube beat them to it. You can see King reading Dr. Sleep here.

For those of you who are thinking there can be no sequel to The Shining without Danny Torrance, the scuttlebutt back in 2009 sounded a bit closer to the mark and even then, I had my reservations.

(Dr. Sleep) would center on the emotionally scarred Danny Torrance, now a 40-year-old orderly at a hospice for the terminally ill in upstate New York. But Danny’s real job is to “visit with patients who are just about to pass on to the other side, and to help them make that journey with the aid of his mysterious powers.” And as a sideline, Danny bets on the horse races; a trick he learned from his old friend Dick.

I’ve got to believe Danny is going to make an appearance in Dr. Sleep so I’ll give it a chance. I like the character even if the adorable little guy who played him in the movie, grew up to be a bit of a tool.

King’s camp has been very tight-lipped about a release date, but as he’s out doing live readings I’ve got to imagine we’ll see it some Tuesday in October.

So what do you think about a Shining sequel? (Just don’t get me started on the whole “psychic vampire” thing.) Post a comment or drop me a note at Sue@blackgate.com.