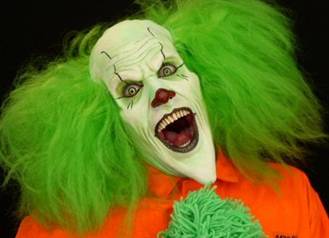 “Clowns, without a doubt.”

A few days ago I walked into a lunch conversation between my co-workers, who apparently started out discussing irrational fears their young children had.

This topic then morphed into the seemingly ridiculous fears that had followed these seemingly rational grown-ups into adulthood; not phobias per se, but “gives-me-nightmares” terrors.

The guy talking was a 30-something software engineer, and I could tell by the look on his face that he was in no way joking.

“Ronald McDonald and Pennywise are the absolute worst.”

Now, I totally get the whole “fear of clowns” thing, because clowns show up in quite a few horror movies such as IT and Poltergeist, and though the Pennywise reference did remind me that the best scenes of the otherwise fairly cheesey movie IT were indeed the ones with the murderous clown, I’m not particularly freaked out by them on the whole. 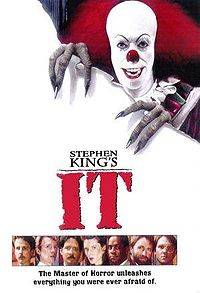 Snakes, spiders and heights may have you screaming like a little girl, but I put those more into the “phobia” category.

What’s the difference? To me, a phobia is being scared of a tangible outcome, such as a snake bite or a fall from a hundred stories.

Fears are irrational. They trigger the most primal part of our survival instincts, and yet it is very likely we have had no direct or personal experience with the object of our terror.

My co-worker had no idea why he was afraid of clowns, he just…was.

So tell me, what makes you afraid?

When that lunchtime conversation eventually turned on me, I had no trouble answering.

I’ve practically made a career out of scaring the crap out of myself; of being the sort of adrenaline junkie that will never get an MTV reality show, but who is most definitely in tune with the flight portion of my “fight or flight” reflex.

Seemingly Harmless Events That Are Anything But 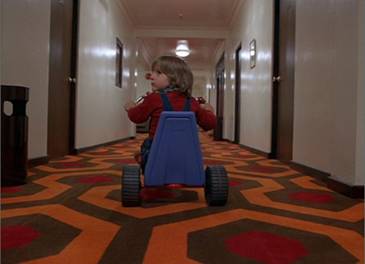 Anyone can recognize that bleeding walls or levitating pianos are a reason to abandon your current location.

That doesn’t take a superior intellect – unless you happen to be a promiscuous cheerleader in a Wes Craven movie.

However, when a perfectly pleasant and normal scenario is infiltrated by horror — that gets me every time.

For examples, check out little Danny Torrance riding his big wheel through the halls of the Overlook Hotel in The Shining.

Or the hitchhiker scene from Twilight Zone: The Movie.

And worst (or best) of all, the shower scene from Psycho. 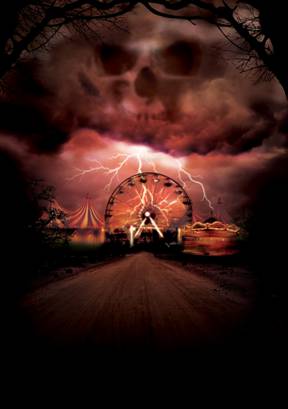 You might be tempted to group this into the ‘clowns’ category.

I’m not talking about circuses which, when they exist at all these days, are generally well funded and sell admission through Ticketmaster.

I’m talking about the real, traveling, sideshow-freak variety that pop up over night in previously abandoned cornfields.

The kind where neither the food nor the rides have passed muster with the county inspector.

And which may well be packed up and gone a day later, with you somehow still inside the fun house.

Ray Bradbury sympathized with me on this one.

He wrote about it his book and screenplay Something Wicked This Way Comes.

I started to say puppets specifically, but then I realized for me this fear spills over into dolls and stuffed animals as well; it all comes down to the looks on their little man-made faces.

Barbie on the whole is pretty harmless, or at most, scary for an entirely different reason.

But have a look at this clip which literally gave me nightmares for two nights running.

It was on a History Channel show I flipped past one evening, and talks about “Robert,” a reportedly possessed doll who refused to leave his child’s side, eventually driving him into adult madness.

Forget Chucky, Robert makes him look like the last toy standing after a post-holiday fire sale at Toys-R-Us.

I could go on and cop to antique mirrors, museums after dark and nuns, but you get the idea.

Authors and movie-makers are constantly on the hunt for perfect and not-yet-overused objects of fear, which they can then repackage and hand back to us for our horror and enjoyment. 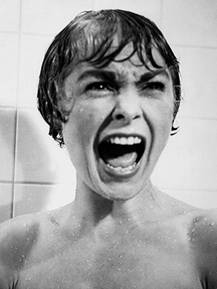 It seems that facing what scares us in a safe environment is big business; otherwise roller coasters and the Nightmare on Elm Street franchise would have long ago gone extinct.

So tell us, what leaves you sweating and sleepless?

And if your fear of public speaking keeps you from posting it yourself, drop me a private confession to sue@blackgate.com.

Once those worthless interns are done making fun of it, I’ll post it for you, anonymously.

hi Sue… I’m Francisco from Spain, I hope you excuse my poor English. This article is very interesting and funny in its weird way, you’ve got all the reason for me dolls, toys, statues, mannequins inanimated objects in general that becomes alive are the fearsome situation in the world, the same with paintings or photographs. In an old radio programme about this themes the host talked about old photographs forgotten in some place in houses that become alive in the night… mirrors and weird shapes on it are chilling too…
greetings from Spain and congratulations for your articles
Francisco

Greetings Franciso and thanks for sharing! Until now, I would have assumed all Spaniards were fearless 🙂

[…] as a haunted, night circus is what immediately came to mind when I listened to this CD. And if clowns are your nightmare, I wouldn’t fall asleep with the track “Sea of Laughter” playing in the […]