“There are nine and sixty ways of constructing tribal lays, and every single one of them is right.”
— Rudyard Kipling 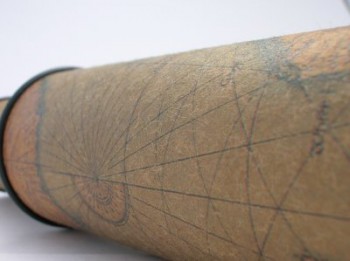 Okay, writers. Let’s say you have a short story idea or two, but you don’t know the best way to write it. Some sage writers with some sales under their belts tell you that you Must Outline. Other wisened authors tell you to just, “Go where the story takes you,” that you shouldn’t outline at all.

So what’s a new writer to do? Who’s right?

Well, they all are, of course. They’re right about what works for them.

You have to figure out what works best for you.

Let’s try taking three different paths to telling that story of yours. (If you want, you could try all three methods with the same story idea, or try a different story idea for each approach. Regardless, you’ll come up with three very different stories. You’re growing your inventory of stories! Sweet.)

Path One: Get Out the Map

First, let’s rely on logic and make a map. Just like a group of adventurers about to delve into a three-level dungeon, you want to make the trip to the heart of the maze as easy as possible.

So you set up easy-to-follow signposts for yourself by writing down the plot points for each step of the journey through your story: who your character meets, what happens, how it ends. By the time your outline is done, you should have a good idea of how many scenes you need and maybe even how long the story will be.

This is a great approach if you have limited time to write, or if you can’t work without seeing the big picture. You can set goals like “Finish this scene in today’s writing session” or “Hit 700 words on this scene today.” It also allows you to jump around in the story if you tend to think non-linearly.

For a great example of a template you can use for your story’s structure, go to one of the classics: Algis Budrys’ 7-step story outline. It includes a character (1), in a context or setting (2), with a problem (3); the character tries to solve the problem (4), fails (5), tries and fails, tries and fails, and eventually triumphs or dies (6); and the whole thing is wrapped up with a sense of validation or closure, a.k.a. the “denouement” (7).

Or, as Algis states it, someone “has to step forward and say, ‘He’s dead, Jim.'”

(You really ought to read Algis’ whole essay, which comes loaded with graphs and lots of examples.)

Finally, having an outline can be a huge relief, because you never feel like you’ve run out of ideas — just grab your map/outline if you start feeling lost in the dungeon of your story.

Path Two: There is No Map

For the second shot at your story idea, just start with an opening line. Nothing more. Focus on your characters — what are their needs? Their secret desires? How do these needs and desires compete with the other people in the story? Pretty soon you’ll figure out what happens next.

Conflict is what drives story, so you want both external conflict (battles, arguments, tough choices to be made) as well as internal conflict (self-doubt, fear, anger). By focusing on what your characters want and need, within the overall plot of the story, you’ll have plenty of interesting scenes presenting themselves.

If you feel like you’re going the wrong way, don’t worry about. Just trust your gut and your subconscious. So long as you’re staying true to your characters and not just moving them around like pawns on a chessboard, you’ll be fine. You won’t get lost.

This worked for me with my story “Natural Order,” which I wrote in about ten hours as part of the Writers of the Future workshop. I’d started two or three stories on Monday, and started panicking as the Thursday deadline approached. Then I hit on my narrator’s voice and a cool setting (Wilmington, NC) and a situation (evacuating the coast ahead of a hurricane). The rest of the story more or less told itself to me. And eventually, Gardner Dozois at Asimov’s bought the story, which totally rocked my world.

Path Three: The Power of Suggestion

The third (but definitely not the last) approach to writing a story involves a combination of the first two. This is the method I usually use to write a story these days, and I also use it to work on novels. 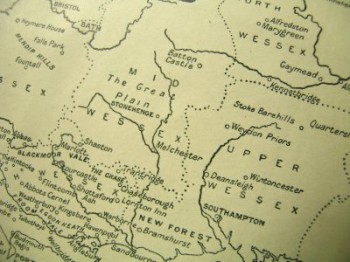 Because I have a short window of time to write (usually at Omigod Thirty in the morning, before my wife and kids wake up), I try to make the creative process as easy as possible for myself.

So when I get struck with an idea for a story, I’ll usually sit down and map out a quick set of “suggested events” for the rest of the story. Maybe a line or two for a scene (or a short paragraph for each chapter of the novel).

The result is a set of notes that are less rigid and less in-depth than the detailed outline you make using the first path, above. The set of suggested events (I call ’em Chapter Breakdowns for my novels) are merely that — suggestions of what could happen.

I tend to veer off the path quite a bit, which often requires me to readjust things on the fly. If I’d written a more detailed outline, I may have been tempted to not veer so much.

And if I occasionally feel lost, I don’t panic. I just back up, read the previous scene for clues, and continue on my way.

So there you have it — three ways to tackle a story. Now you have no excuses not to get that idea out of your head and onto your computer screen.

Just remember, these are methods that work for me. And the process I used ten years ago was much different from what I do now. Also, each story or novel you write will most likely require a different approach. So be open to trying new methods and techniques, and take what other writers say about The One True Way of Doing Things with a large container of sea salt.

Because we all know what Kipling said about constructing those tribal lays. If it works for you, and you end up with a complete story — beginning, middle, and end — that you can send out to editors, then that method was right.

Michael Jasper has published over four dozen short stories in Asimov’s, Strange Horizons, Polyphony, Writers of the Future, Interzone, and other fine venues. His most recent novel is A Gathering of Doorways (Prime Books, 2009).

You’re welcome, Jason! Hope it helped, and keep on writing.

[…] in this series about writing, we’ve talked about ways to get story ideas as well as different approaches you can take to writing your story, novel, comic script, screenplay, or other related screed, tome, or […]

[…] the Dragon” series, has presented three useful essays on the work of writing. In ”Three Paths to a Story“, he discusses the approach: whether you create a map of your plot, explore map-free with […]

Black Gate » Blog Archive » Climbing Aboard the Dragon: Battles Inside and Out

[…] we discussed earlier, most people tend to start a story with a person, in some sort of situation. But let’s just […]