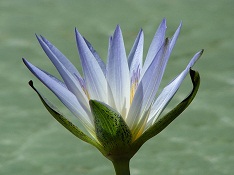 The Odyssey stands alongside Gilgamesh as perhaps the earliest Western examples of fantasy literature. You can still start a fight among Classicists over who wrote the epic and its companion, The Iliad: for that matter, you can start a fight over precisely when it was written. (Or compiled. Or told by one person and written down by another. Or, according to one theory, the year that a Boeotian sat down and decided to invent the Greek alphabet solely for the purpose of recording the best story he’d ever heard.) The current consensus says the 8th century BCE, but ask again in twenty years.

While thematically the Iliad is a work about power and anger, the Odyssey is about the consequences of anger, about the effort it takes to leave warfare and vengeance behind. But above all else, it’s about homecoming, and what homecoming means in the aftermath of Troy. Most specifically, it’s about the journey of Odysseus, the architect of the Trojan Horse, from the beaches of Asia Minor to his home on the Greek island of Ithaca.

The trip would have been faster if he had decided to walk.

Odysseus’ journey home is told in the first person: he has washed up on the shores of Phaeacia and is found by Nausicaa, daughter of the king of Phaeacians. She brings him home (hoping to keep him), and once he’s gotten a bath and his first hot meal in years, he begins to tell the story of why, ten years after the fall of Troy, he still hasn’t managed to make it home. As he tells of his adventures, he quickly moves out of the known world (first Troy, then an encounter with the Ciconians of Thrace) into the unknown, the land of myth. 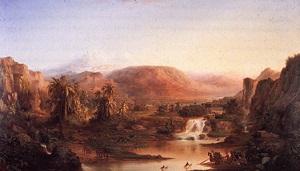 The first stop into lands not found on any known map is the Island of the Lotophagoi, the Lotus-Eaters. Odysseus sends men ashore to scout for supplies, and when they don’t return, he finds that they’ve met the locals and eaten the lotus, which makes them forget the reason for their journey: to return home. This is, in fact, the threat Odysseus faces again and again: as he strays deeper and deeper into magical territory, he constantly runs the risk of simply forgetting, of losing his way in the wonder of the journey. His men begin to forget as well: after all, they’ve been at war for ten years and sailing ever homeward for months on end. Every time they find somewhere safe or pleasant to stop, the temptation to stay put and give up on getting home grows.

That temptation takes a different form at every stop along the way, but here, it’s a purely chemical trap. The narcotic effect of the lotus lulls Odysseus’ men into comfort, and he has to physically drag them back to the ship.

It’s a very brief passage in the epic: out of twenty-four books it occupies twenty-two lines. But the Island of the Lotus-Eaters has had an enduring influence: it inspired a poem by Tennyson and is a common reference (one of my favorites is the casino scene in the recent Percy Jackson flick). In modern culture it has become a popular metaphor for the power of addiction: the lotus has been an analogized to the poppy, and in the Victorian period the Lotus-eaters were seen as a forerunner of the opium eaters. 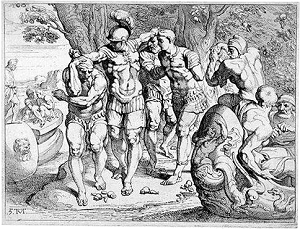 In the Classical period, there were attempts to place the island of the Lotophagoi on the map, and even today there is debate over which plant inspired Homer’s lotus blossom. (One likely candidate, the Egyptian Blue Lotus, not only has mild narcotic properties but contains a compound similar to that found in Viagra!) But attempts to anchor this episode in the real world miss the point, at least as far as Homer is concerned. The island of the Lotus-Eaters is Odysseus’ first step off of the map and into the realm of fantasy, and the dangers it represents are only the first of many he and his men will face.

I am very excited for this blog series. So much FODDER!

Thanks Claire! Now I just ahve to live up to it! 😀