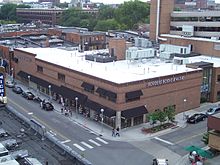 So everyone’s crying about the demise of Borders, though it wasn’t that long ago we were all crying about how it and evil twin Barnes and Noble were driving  local independent bookstores out of business, even as we were shopping mostly at Amazon to get the books we found browsing at the physical bookstore at a better price (sinner, heal thyself). Like everyone else, I used to love going into the megastores, and maybe felt a little guilty about it, but not so much that I stopped doing it, because the small guys just didn’t have the inventory to browse through.  Which is also why I used to like going into Tower Records, too, but the same thing that’s happening to the music megastore (of which “Borders ‘n Noble” was once a subset) is catching up to the bookstore. You want to browse inventory, you go online, for both selection and prices. And you don’t have to get into the car and drive anywhere to do it.

On a personal level, the Borders closing doesn’t affect me. Here in Charlottesville, we have more used bookstores per square foot than coffee shops, along with long established local retailer of new books and, yes, a Barnes and Noble (though not a superstore, meaning little in the way of music or video, though that’s being downsized anyway).  And, truth, be told, it’s been a while since the Borders experience peaked; in an effort to become profitable, the chain started emphasizing mass merchandising over book selling, becoming more like a mall store than an intellectual haven, and there was nothing more idiotic than staff running around with those silly headsets to give the illusion of instant customer service.

The primary attraction of going into a Borders (and Tower and all the other megastores) was that feeling that you can get in your hands just about almost anything you wanted, no matter how esoteric, and that’s not quite the same thing as pressing “The Look Inside” link online. While as eReaders ultimately displace the physical book, that distinction may become less important, but whether chat rooms and customer reviews can replace the barista who can recite from Nietzche, Heinlein and Bob Dylan is another matter.

Nor is the experience disappearing entirely for bookstores (or record stores), but it’s going to be harder to find if you don’t live in Portland (Powell’s Books) or New York City (Strand, for example, which is cleverly offering a free gift at its store to anyone who comes in with a Borders Rewards card).  These bookstores continue to survive because, unlike Borders, they haven’t tried to replicate their physical presence across the country like the Borg while still expanding their online footprint. Moreover, their brand identity distinguishes themselves from Amazon as knowledgable curators of their product (as opposed to a legion of Harriet Klausners and algorithms that tell you what you like based on past purchases).  Therein may lie the future of the physical bookstore.

That and maybe Apple acquiring Barnes and Noble. 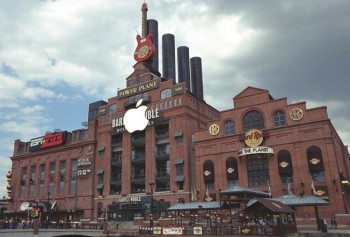 Okay, it’s highly unlikely.  But, think of the synergies. What can you find at an Apple Store that you can’t online? It’s the experience. A select range of products that exemplify “best in class” on display that you can hold in your hands, and, more importantly, a highly knowledgeable staff that is actually helpful, actually available and can actually answer your questions  and actually seems to be excited about the stuff they’re selling (and when was the last retail store you could say that about?). You can look at the same stuff online, you can search the forums for advice, you can order the product and get it delivered to your home.  And while you don’t take books into the shop to get the hard drive replaced, you will with your eReader (and, like it or not, we’re all eventually going to have one [btw: I don’t yet]).  But the retail experience provides that personal touch, that physical interaction with an actual person,  you simply can’t get online.  Please forgive a perhaps tasteless analogy, but it’s the difference between online porn and a strip club.

And that’s the future of the bookstore. Borders and Barnes and Noble were able to beat out the independent bookstores because of breadth of selection and pricing. Once just about everyone could do that online, that was no longer a retail advantage.  The future of the bookstore is really what it was doing all along, and why some local independents managed  to stay in business even at the height of the “Borders n’ Noble” blitzkrieg: as curators of what was really good, not just on the best seller list, they offered services and expertise and, moreover, an experience that you couldn’t get anywhere else, and that was worth paying a little more for.  Maybe they don’t have the widest selection, but they have what is select. That, essentially, is the formula of the success of the Apple brand.

Good post. Another element of the survival of some of the independents lies in the commitment of its customers against the chains- Bookpeople in Austin for example. In my experience, Powell’s and Bookpeople have always had a better selection than Barnes and Noble or Books-a-Million or whatever.

It’s gonna be tough going to the mall and not having a bookstore to walk through. But then again they didn’t always have what you were looking for-just what was guaranteed to sell. Others were sold out immediately. Living in New England, I can’t help but think most people bought those books my friends and I wanted just to put on a coffee table and show off. . . .

My problem with the independent bookstores in Manhattan back in the late 80s and early 90s was that the clerks seemed far more interested in talking with each other about their “real” careers like acting or whatnot than actually helping customers. I never felt any reason to develop any sort of loyalty to those shops.

When Barnes & Noble began retooling itself in the mega model it was easy to be drawn in by its vast selection and hefty discounts. Of course the faceless nature of B&N and Borders made it easy to leave them for the limitless selection offered by Amazon and its affiliates.

The only thing I miss are the small used bookstores – the paperback exchanges and specialty shops. I still love walking into a used bookstore and finding that book I’ve been hunting for cheap or some odd forgotten thing from my childhood. Most are gone now but the they were being killed by skyrocketing rents even before the interweb.

The expertise of book store chain employees is greatly exaggerated. For the most part, I’ve found they universally lack objectivity on non-fiction topics and only occasionally have significant knowledge on genre fiction. You can easily sift through the garbage on the web and find much better book recommendations from people far better informed.

The only book chain in the United States worth shopping at is Half-Priced Books, which actually beats Amazon in price on alot of new books, as well as the used stuff they carry.

The only downside to the Borders closing is the taxpayers will now have to pay unemployment to several thousand more people with esoteric liberal arts degrees.

[…] to Cthulhu: Cthulhupunk?Graham Edwards on Revisiting Cinefex (7): Willis O’Brien.Black Gate on The Future of Bookstores.Sociological Images on Alien Impregnation in Science Fiction. [via Jay […]

It’s more economical to make subject matter expertise available on-line than it is to place individuals in thousands of stores. I think that bookstores will survive by providing a superior browsing experience than can be had on-line. Make hard copy available to look at even though the customer is buying an e-book. The Tower bookstores I used to shop at were not “megastores”. They were very big, but they were also locally owned & operated.

Here’s a link to an article about how independent video stores are surviving Netflix that applies as well to the continued survival of physical bookstores:
http://www.nytimes.com/2011/07/31/business/video-stores-reinvented-by-necessity.html?scp=1&sq=video%20store&st=Search

[…] that the notion of a bookstore is beginning to look more and more like an Apple store. Which is not necessarily a bad thing. My kid just got a Nook and she goes to our local Barnes and […]