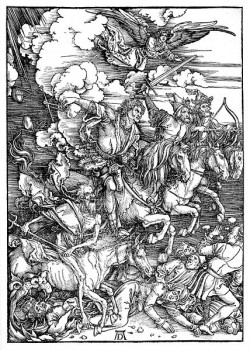 Right now, as I type this — and as you read it — I’ve got a new manuscript half done. For a writer, this is sort of like me saying that at this very moment I’m not wearing anything under all of my clothing. Well, duh, most people are thinking, while trying to not involuntarily imagine me naked. For writers, the thought continues, there’s always the current project.

The process of forging the first draft is much like any other relationship between the mind and the will. Romance, for instance. There’s the initial flare of interest, the slower “getting to know you” stage, and a much longer “I know you, now” period. These are all easy to navigate, because they are exciting and interesting. They are effortless, and writers know the feeling of a Work-In-Progress crush.

But this infatuation period cannot last. While in it, there’s always the potential that your feelings are mercurial, diaphanous dream-fluff that make no sense when you try to go deeper. To your shock, you realize that perhaps your burning love isn’t the stuff of ages, but mere puppy love. Your ardor has brought you no glamour, but instead made those around you somewhat uncomfortable, hoping, for your sake, that it will all end soon without you getting hurt too badly.

Am I just a puppy-lover? you find yourself asking.

For writers, our inner puppy lover is revealed by the number of abandoned projects we have stashed in drawers and on hard drives. Inspiration flares, sputters, and dies, consigning yet another creative relationship to the dustbin. Over and over this happens as we develop our ideas. There’s always the hot young thing coming along in something revealing, with toned abs and mischievous eyes, and the partner you’re currently with suddenly seems…

Boring, really. And with bad teeth to boot. It’s easy to tell yourself you weren’t really meant for each other. But the new hottie idea, they’re the real deal. You two were destined for each other, and this time, you’re going to make it work. Really, this time things will be different.

The truth is, the creative process can be a lot like a romantic relationship. But, unlike a two-person relationship, those between a creator and their creation stay intact when the creator moves on, assuming they’ve been fully consummated. Indeed, success with one creative relationship makes your next one better when you leave the first behind. In fact, you’re expected to move on to that supple new idea, just after you’ve completed the one you’ve got.

But there are those for whom finishing a story, or a novel, is a truly difficult task. The introduction pounds itself out, page after page, and then, in the buildup stage of the relationship between creator and creation, there appears the first hint of a lull. This is when the Hot Tramp makes her first appearance.

A Hot Tramp is an idea that just begs you for attention right now. “I know you’ve got a real story you’re working on,” she’ll whisper. “I’ll finish up real quick. I promise.”

Writers who fall for the Let Me Go First allure of the Hot Tramp almost always lose the steam in their previous project, and find it very hard to get back into the groove. The Hot Tramp interrupts a story before the meat is fully on the bone, and the foundational structure of the tale isn’t in place yet. Recovering from a quickie with a Hot Tramp can be a painful experience generally worth avoiding.

This is relatively easy, however, as Tramps can be satisfied with a simple synopsis written in a notebook. Their coy glances and suggestive outlines will be there waiting when you’ve got nothing else to get in your way. Take the easy way out, and jot that Tramp out of your head, and make an honest idea of her.

At any time, however, another menace can come calling: the Beautiful Idealist. They will invite you to their ivory tower in the clouds, where every word is chosen with excruciating care, and sentences, paragraphs and scenes blend together into a perfect mosaic of glittering gems.

Those who fall victim to the sway of the Beautiful Idealist will read previous paragraphs and chapters, over and over, tweaking them until perfect before moving on. And then adjusting some more. And polishing. And soon they have an exquisitely crafted partial they can bury in their desk drawer.

To master yourself in the face of the Beautiful Idealist, quote George Lucas to yourself like a catechism: “If you revise while you write, you’ll never get past page four.” Striving for an ideal first draft is, frankly, like passing up everyone who’s genuinely interested in you because they aren’t a supermodel. This is the stuff of fantasy, not fantasy writing.

After a story has been going for a while, and you’ve got the setup complete, the third temptation tends to make an appearance. This is the Clever Friend. She’s witty. She’s fun. And she’s only looking for something Platonic. Really. You can spend a night with her and nothing’s going to happen because you’re just friends, right?

A week later, you look around and notice that your original idea is hard to recall, and the days spend developing a relationship with the Clever Friend aren’t going to amount to much after all. Clever Friends are creative endeavors that are different enough to let you feel like you’re still in a creative groove, but also sap the excitement and interest you had in your manuscript. They often lead nowhere because they are large-scale or long term, like learning Swahili, or building hang gliders by hand.

To defeat Clever Friends, leave a post-it for yourself somewhere for when you’re finished, as a reward for completing your current project. Or make it a New Year’s resolution for next year. But don’t act on it now, while on track with a story.

As you plow through the meat of your manuscript, as the buildup transitions into the resolution, the Staid House-husband comes calling. This is your manuscript itself, sitting on the couch all day, watching the soaps while swilling cheap wine from a box. Their once-lustrous hair has transitioned into a thicket of coarse body hair in unexpected places, and the cute love handles you used to wrap your arms around have become an unseemly gut. It’s hard to get the Staid House-husband to do what needs to be done, and you spend more and more time trying to get them to act as they should. Your commitment to the manuscript suffers, inviting a new round of Interesting Friends and Hot Tramps to come calling.

The wall of indifference toward your maturing manuscript that is personified by the House-husband takes a real professional attitude to overcome. This is where the working writer earns their robes. The House-husband is often the classic incarnation of writer’s block, and it sometimes helps to think of him as a distorted point of view about your work in progress. A change in your work habits can often get the House-husband to at least do the chores, however much he might grumble, allowing you to complete your first draft. Daily wordcount goals, checklists of story events, and renewed outlining are all ways to whip the House-husband back into the athletic literary Adonis you remember.

These are the Four Horsemen of Literary Apocalypse. But, just when you head into the home stretch, winding ever closer to the “Till Death Do Us Part” final scene and the completion of your relationship with this project, a fifth rider appears.

Yes, a bonus Rider of the Apocalypse, just for writers.

This is the Cabana Boy, and he doesn’t appear to everyone. But his seductive allure promises a renewal of the excitement you felt for the manuscript when it was young and nubile. The Cabana Boy hints that you can have that feeling forever by renewing your relationship time and again. How does this happen?

By making your standalone novel a trilogy, or a ten-volume series. But the Cabana Boy is not destructive because he, perhaps, gives you new ideas to continue the story in an additional volume. No, he makes you hold back what you intended to give to your project: a final resolution. The Cabana Boy is not just unfair to your project, but to your readers as well, offering up plot holes and loose threads in place of a final denouement.

Resisting the charms of the Cabana Boy requires determination, and a resolve to make your current project work in its intended form. If you find a trilogy is the true format of your story, that’s one thing. But if your entire story pointed toward a final resolution, and you hold back for just one more novel, it damages not just the trajectory of the story, but the trust of your readers. And, as writers, our relationships with our stories are ultimately our relationships with our readers.

So stick it out, and complete that first draft, no matter which of the Five Horsemen tempt you to do otherwise.

Excellent article (despite the bias against fat dudes)!

Your words. they do speak to me. They bid me take my place…at my keyboard and GET WRITING!!!