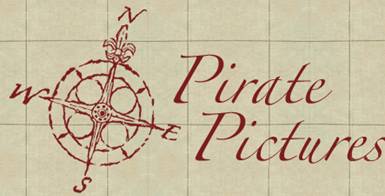 How do I know?

Because uber-edgy indy film maker Wyatt Weed (Pirate Pictures) has decided that Black Gate is where he wants to leak a little insider information about his upcoming sci-fi release, Outpost 13.

I’ve seen an amazing secret clip which I can’t share just yet, but allow me to assure you that snotty posers would never be allowed this kind of access.

I begged, pleaded and finally promised Wyatt that I’d send him my personal copy of Black Gate 15 (hey John, you’re not going to charge me for a replacement copy are you?) and he agreed to sneak us a little information about the project, along with some production stills.

Interestingly, Outpost 13 began its life as an entry for a short film contest.

The rules stated the films had to be under 5 minutes long and deal with nature. Beyond that there were no limitations to the plot or subject matter.

Wyatt had considered entering the contest and had worked out a script. A few weeks later while he was working on a music video shoot with Corey Logsdon and Billy Hartzel (two members of State of Mind Productions) they started discussing the contest.

They tossed around some post-apocalyptic concept ideas and realized here was a huge collaborative opportunity. They decided to partner State of Mind with Pirate Pictures and shoot a script developed by Billy (Wyatt liked his ideas better). Corey offered to direct and Wyatt came in as the director of photography.

Wyatt describes how an indy film comes together on a shoestring budget, so all you aspiring film makers, move in a little closer.

Corey and Billy’s concept involved a lab inside of a research outpost that looked like a moon base; one of those cool conceptual ones from the 1960’s. Space labs like those never even came close to getting built but we all saw the concepts in old library books. To create this we needed a lab set about 30 feet across, and we had no idea how the heck we were going to do this and keep to an indy-sized budget.

Corey had shot part of his feature Fear at an old glass factory with a warehouse area that was just full of ANYTHING you can imagine. Corey asked the owners if we could clear out a space and shoot there, and they said yes.

So we spent 3 days clearing a space and building our set out of bits and pieces of junk; just anything we could gather.

We all focused on our strengths and passed tasks off to each other to get then done quickly. Bob (Robert Clark, executive producer of Shadowland) would rig a virtual reality chair, Corey would decorate it. I rigged a base for the chair, Bob would light it.

Gayle (Gallagher, Shadowland producer) would set up shelves; Billy would dress them with props. Sylvia (Geiger, costume designer), Gayle, and Billy worked on costumes and logos. It was just endless; a creative mish-mash for 3 days straight, and at the end we had a set!

Corey had worked with an actor named Guy Stephens on Fear and liked his look and voice, so we cast him sight unseen, without an audition. He tried on the costume once earlier in the week, and then on Saturday he was on set, shooting.

We shot for two days, one on the set and one for green screen and exterior pick-up shots. He came back for a few hours one afternoon to record his narration.

A fun bit of detail is that Guy’s character in Outpost 13 is named “Lowell Freeman”, which is the name of Bruce Dern’s character from Silent Running; only in this we flipped the first and last name.

That film had an environmental message and had a big influence on me, so we thought it was a nice tribute. 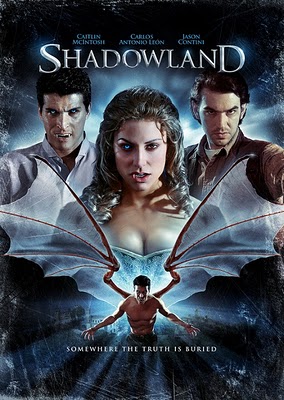 We did that a lot. For one scene of the character walking on the beach, we went to Corey’s grandfather’s house, who has a sand volleyball court, shot close-ups of the feet in the sand, then a long shot of the actor walking which was combined with a stock shot of a beach on some beautiful island. It’s one of the most flawless effects shots we’ve ever done.

We started building the miniatures right after the first meeting, because we knew that would take a lot of time, and that involved Gayle, Bob, Corey and I. As always, we could have used more time to shoot them, but for virtually no money, I’m happy with how they turned out.

To appreciate how crazy this thing was, we ended up spending about $200 total, and I am not exaggerating. We bought a few little things to complete the set, costume, and miniatures, and then we bought food.

We had the camera and lights and editing system already, so beyond that it was about our time and effort. It was really rewarding to see this whole thing come together so well, with so little expense. I’m not personally a big fan of doing films this way – the no money way – but it’s nice to know that we can when we have to.

It felt like going back in time and being a teenager again and saying, “Hey – I got a roll of film, and you have a barn – you wanna make a movie this weekend?” The difference is that now we are more experienced filmmakers, so the results are better all around.

We’ve already been invited to screen the piece at Con-tamination, a local pop-culture convention in St. Louis.

Yes, even big budget film makers like to return to their roots and create something fabulous the old fashioned way.

Wyatt has promised us first dibs when Outpost 13 is ready to go, so watch this spot for future updates.

He and the crew have also agreed to come back for an interview so if you’re an aspiring film maker or actor, and have a question for the gang, post them or pass them along at sue@blackgate.com.