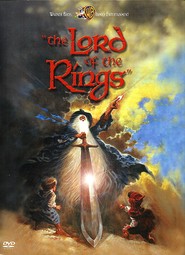 Are you a Tolkien imitator? A riffer? A rejector? One way or the other, if you’re writing epic fantasy, the Oxford professor is sitting on your shoulder, sniggering and blowing dirty pipe smoke up your nose.

It doesn’t matter that you’ve never read Lord of the Rings; declaring Conan the Cimmerian to be your only true love won’t save you. The man with two “R”s didn’t invent the field, but he dominates it to the extent that we all write in his shadow.

Those of us who’ve been reading epic fantasy since the 80s or before, will be familiar with the “imitators”*. Names like Eddings and Brooks who swallowed whole the romanticism and the quest and the clash of civilizations. Later still, the same path, with minor variations, was trodden by the big shoes of Robert Jordan and Brandon Sanderson and Janny Wurts.

Others have tried to flee the great man’s footprints altogether. We’ve seen the rejection of romanticism with Donaldson’s anti-hero, Thomas Covenant, and Glen Cook’s Black Company. We’ve seen George R. R. Martin modernise the genre, bathing it in filth and blood and four letter words. More recently, Joe Abercrombie has built an entire career on subverting the ideas that Tolkien popularised. If anybody is the anti-Tolkien, it is he.** 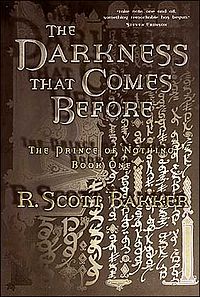 But for my money, we’ve never before now, encountered anybody quite like Canadian, R. Scott Bakker. In him, we have somebody who is clearly a HUGE fan of Middle-Earth, but who has done everything in his considerable powers to render it obsolete.

How? By adding logic and nietzschian philosophy.

In Bakker’s world, for example, there are elves, or something like them: beautiful, immortal, otherworldly… and totally, dangerously insane; driven mad by lives far too long for a mind to keep track of.

He has a Mordor of his own, with its dark lords on dark thrones, who plot with remorseless common sense to save themselves from damnation. They have created genuinely evil orcs that enjoy genuinely shocking atrocities.

But all of this could be considered no more than a superficial coating of the in-vogue “gritty fantasy”. The real difference between Bakker and his glorious predecessor lies in the fact that the Canuck author seems to completely ignore the romanticism that animates Tolkien’s world. He isn’t consciously rejecting it, as Abercrombie does: he’s agnostic. He prefers to appeal to the readers’ intellects and imaginations rather than to their hearts.

He also brings a deep knowledge of philosophy to the table and a brilliantly worked out metaphysics with an absolutist sense of right and wrong that doesn’t always run parallel to the axis of good and evil. 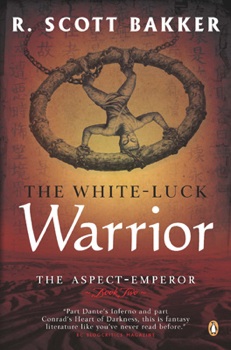 And yet, every step of the way, Bakker pays loving tribute to the man who inspired him. There are little jokes scattered about for the perceptive reader to find. For example, a magic type of armour, said to have been made in a city called Mithrul, simply has to be a reference to the mithril armour of Lord of the Rings. Even more obvious, are the final 70 or so pages of The Judging Eye, which is an absolutely stunning recreation of one of Tolkien’s better-known scenes. It is possibly the best action sequence I have ever read in my life.

So, having said all of that, do I recommend Bakker’s work to readers of Black Gate?

That depends on you, really. It took me a good two hundred pages of The Darkness that Comes Before to start enjoying it. His world of Earwa is filthy and heartless. His characters sinful and hateful and often pathetic. But having said all of that, the man is an absolute genius. His work defines “epic” and “spectacular”. His world is shocking and his insights are often brilliant.

You know that feeling you get when a character, who is supposed to be smarter than everybody else, blathers nothing but inanities? School-level philosophies? I can promise that you*** will never feel smarter than the possibly evil Kellhus.

What I can say is this: if you pursue Bakker to the bitter end — and it is always bitter — you may well hate him. But your mind will be blown wide open. I’ll leave it up to you.

*This is not intended as an insult, btw.

**Although this doesn’t become obvious unless you read right up to the end of Last Argument of Kings.

I tried reading The Darkness that Comes Before and didn’t get too far in before putting it down. Then came back to it about a year later. My opinion of the work improved, but I grew to utterly loathe Kellhus the Kwisatz Haderach over the course of the novel. So I don’t know if I want to revisit the series or not.

Loathing the characters is not an uncommon reaction.

I would say that if you made it to the end of the first book and you’re still not having fun, then you probably will never do so. It’s one of those love it/hate it reactions that just can’t be helped.

This might be worth reading, but why make any reference to someone’s fictional world at all? Let your own stand or fall on its own.

@John_a_karr Oh, it stands perfectly well on its own. Most people never even notice the references, after all. But for those of us who know LotR as well as Bakker does, it adds a whole new tasty layer.

I was hooked from the first page of THE DARKNESS THAT COMES BEFORE, and I’ve been singing Bakker’s praised (loudly) for the past few years. Great article, here.

The characters that Bakker deals with are unforgettable–whether you love or hate them–because he treats them in the same way George R. R. Martin treats his characters: As multi-faceted, complex human beings who are neither wholly good nor wholly evil. Their is apparently no end to the crimes and atrocities that Khellus is willing to sponsor in his drive to avoid the Second Apocalypse and save the world. Yet we, the clever readers, know that he is NOT a god, merely an incredibly advance Dunayin Monk who has learned the arts of sorcery and plays those chords of power like Mozart played a piano. A manipulator of men and nations.

These novels stand for me as an examination of humanity–its gullibility in the face of religious and political fervor. Its inability to unite in any way other than warfare, driven by fear, dogma, and violent action.

The true heart of the series, though, is Drusas Achamian, the former sorcerer turned rogue wizard who knows the truth about Khellus and his origins…who seeks to find the secrets that built the power of the Aspect-Emperor. His drive is a personal hatred for the man who betrayed him and stole the woman he loves, and we can’t help rooting for him as he slogs through Hell in search of the truth. However, if he succeeds, it just might mean the end of Khellus’ Great Ordeal…which (if Khellus is right) is all that stands between the alien No-God and the coming destruction of everything.

It’s been said there are no new stories…only new ways to tell them. That is what Bakker does with the classic epic fantasy genre. His books are fresh, exciting, and downright brilliant. Not to mention utterly inspiring.

That’s right, Mr. Fultz, I remember you were a big fan from a piece you wrote here a while back 🙂

Rock on, Peadar. I’m all fired up about Bakker again because I’m reading THE WHITE-LUCK WARRIOR right now and so glad to be “back in Earwa.”