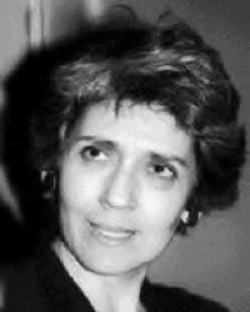 I first read Joanna Russ as an assignment for a graduate seminar in science fiction. The story was “When it Changed.”  The 1972 Nebula Award winner for Best Short Story, and a 1973 Hugo nominee, it depicts the visitation of male astronauts on the entirely female world of Whileaway.

In this exemplar of feminist SF, women on a (temporarily, it turns out) manless world act in many ways like men, particularly in terms of violent behavior. The casual way the female narrator notes she has fought three duels and that the funny thing about her wife is that “she will not handle guns” bothered me. Here I thought feminism was supposed to be about rejecting this kind of macho behavior.

What I didn’t get was that the story isn’t advocating gunplay as necessarily a good thing, but rather that women should have the right to make the same choices as men, unhampered by patriarchal-imposed expectations and restraints. Even if they are not very good choices that don’t fit into some mother-goddess worshipping, nourishing pacifist utopia. 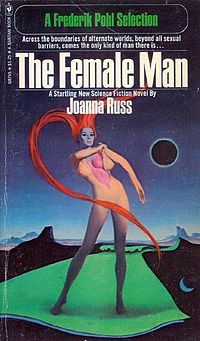 The moral of “When I Changed” is that even when women are somehow allowed to make whatever choices they want, without imposing values of “masculine” or “feminine” on what those choices should be, men get involved to screw things up.

Here’s a quote from The Female Man, which features Janet Evason, the narrator of “When It Changed,” as one of four women from alternate universes who cross over into each other’s realities:

As my mother once said, ‘The boys throw stones at the frog in jest. But the frogs die in earnest.”

You don’t need to be from an alternate universe to realize the truth of that.

She played a role in genre most couldn’t bear.

She played it well.