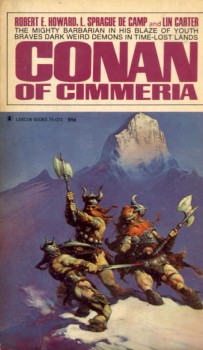 We’re all guilty of it. Yeah, we mean well, but our need to see our literary heroes in just one more adventure is tragically unfair to them. As readers, our fantasies of characters navigating awful situations and hair-raising exploits are harmless enough. But what of us as writers? How can we excuse the need we feel to put our beloved characters through just one more physical and emotional wringer?

Because let’s be clear. For the characters, adventures are painful, scary experiences they feel lucky to put behind themselves. Those sword fights could, at any moment, end tragically. And gunplay? Don’t get me started.

I know, I hear all of the diehard fanboys of this or that series clamoring for a more balanced viewpoint. They will mention how brave and skilled this or that protagonist is, and are always ready to give some example of stoic adventuring and daring-do. And I suppose there are those of the adventurati that really are stone-cold warriors and flinty-eyed sorcerors to whom deadly danger is like mother’s milk. But would you want to have a drink with any of them? No, the characters we love the best, who really get to us, are those we can empathize with, to who we can relate.

If you can relate to the hardened killer type, you have one type of problem, while the rest of us have another: we long to visit very trying times on characters we feel deeply about. Robert E. Howard’s tales of Conan of Cimmeria are typical examples of a hero set upon by a troubling world, who is forced time and again to use his battle prowess and wits to see his way clear.

Conan was good at what he did, there’s no denying it. But even Conan must have longed for a quiet weekend sometimes, only to be interrupted by the emergence of a diabolical threat to himself, his friends, or to his kingdom. And why did Howard torment his fantasy hero so? For the same reason that L. Sprague de Camp and Lin Carter did after Howard’s death: out of love.

But Aaron, I hear many of you say, my protagonists get through it in the end. This is cold comfort. Horror protagonists at least have oblivion to look forward to, usually. But adventurers? They look forward to a rest, and getting together with family and friends. They have hobbies, and interests, and we the writers dangle these like carrots before them, goading them through just one more escapade before yanking the expected leisure away. It is this promise of quiet times that never quite arrive that is so cruel. They expect better than we writers give them, usually.

But what can we do? Like the meddling spirits in some of our own stories, we cannot help ourselves. Rather than toy with mortal men and women, our playthings are made of literary stuff. Through our manipulations we make them what they are, but the more they resonate with us, the more they are like parts of ourselves and the greater the temptation to continue on and on, and to never give them rest.

So before that new adventure begins, take a moment to imagine an extended vacation for your characters as a reward for all they’ve done. They’ll thank you for it.

I’m not a major author yet, but it’s nice to have a few characters to use in several stories. Coming up with new puzzles for them to overcome is both fun for writer and reader alike.

Maybe that’s what I love about Kane; bastard deserves every adventure he gets.

A quiet weekend? In The Hour of the Dragon, Conan briefly longs to give up his quest to save his kingdom in order to return to random adventuring where his deeds were of consequence only to himself and perhaps some companions.

Bill Maudlin’s Up Front describes the type nicely, while discussing the (few) soldiers who loved fighting. They tended to hold down such jobs as swamp hunter or mafia bodyguard in peacetime, and they are manifestly nuts.