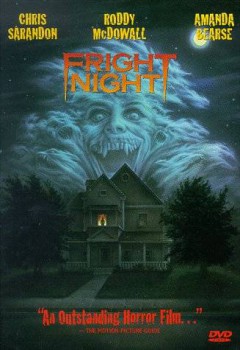 On Sunday I had the unpleasant task of informing you that remaking the Terry Gilliam classic Time Bandits was actually being contemplated somewhere in the universe.

This sent all of you scrambling for the map and the location of the closest hole in the universe whereby you could pop in on these Hollywood geniuses at the moment when they made their career choices, and steer them neatly toward dentistry.

On the other hand, merely delivering this news sent me straight into the deepest depths of the underground offices of Black Gate to curl up in a fetal position and weep about the state of the entertainment industry.

However, light does eventually shine, even if it’s in the form of an intern with a flashlight in one hand, and a freshly made quad-latte in the other.

He also had some very interesting pictures hot off the wire.

On occasion we’ve all agreed that there are some movies, much like some people you know, that could do with a make over. Perhaps the original script was sound but the acting was painful; or the acting and the script were OK but wow, wouldn’t it be great to see those early-attempts at special effects updated with some new computer-generated magic? True that the list of these movies is short, but we can all think of a very select few. 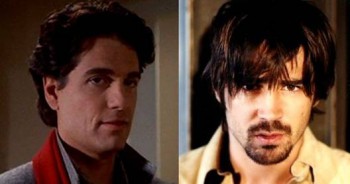 Released in 1985, it was a highly typical 80’s-mall-date-night-movie starring dashing Chris Sarandon as the vampire Jerry Dandrige who moves in next door to nosey, teenaged neighbor Charlie Brewster whom no one, of course, believes.

I always thought Fright Night had a solid plot and though it had a few scares, it was just too fraught with 80’s camp to reach its full potential; making huge leaps from horror-filled scene to absurdity and back, until when the credits rolled you were not quite sure if you loved it or hated it.

And now here I am looking a movie stills of Colin Farrell as Jerry Dandrige, and I think I like the idea… a lot. 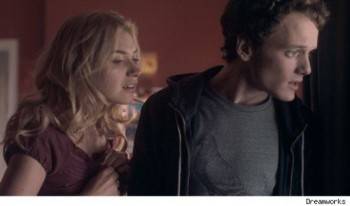 Anton Yelchin is curious neighbor Charlie Brewster. You may remember Yelchin as Chekov in the 2009 version of Star Trek. He’s got the right look, though judging by the stills, Charlie probably isn’t a teenager in the Fright Night reboot.

Christopher Mintz-Plasse, my absolute fav as the one and only Kick Ass, plays Charlie’s horror-movie-obsessed best friend “Evil” Ed Thompson.

The cast is rounded out by Imogen Poots (28 Weeks Later) as Charlie’s virginal love interest and vampire obsession Amy Peterson, and Dr. Who himself, David Tennant as washed up Fright Night TV host Peter Vincent. 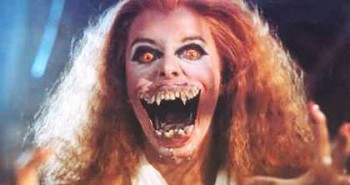 Director Craig Gillespie doesn’t have a huge resume, with his major credit being The United States of Tara series for Showtime.

But I rather like that as well, since that show is strange and offbeat enough to tell me Gillespie has the chops to do something interesting with Fright Night.

So, I’ve decided to give this particular remake a chance and maybe even look forward to it a little. 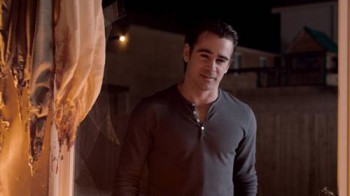 At the moment it has an August 19th release date, which means it will make the summer movie season and not get caught in the horror movie frenzy of late September and October.

My faith in the entertainment industry isn’t exactly restored, but at least I’m out of my fetal position in the basement… for now.

What do you think of remaking Fright Night? Do you have a short list of movies you’d actually support remaking?

Oh, I remember Fright Night. It remains one of my favorites, even though I own it only on VHS and have to bust out the VCR when I want to watch it (which does make for a nice Halloween ritual). I love it for its 80s camp.

I wrote a review a while back, if you’re interested: http://thesilverkey.blogspot.com/2008/10/fright-night-review.html.

I will admit that I cringe a little inside at any remakes of films I like, Fright Night inclded. But I do think Colin Farrell could shine as Dandrige.