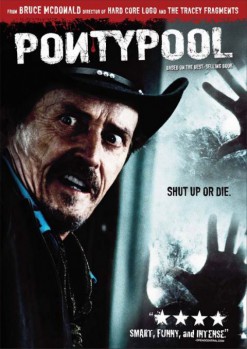 Zombies, zombies everywhere
But not a trope worth a think. . .

I’ll cop to languishing under a surfeit of zombies.

Zombie filmakers suffer under the same burden a Shakespearean director does. You want to do a new production of Richard III, but how do you make your mark on four hundred years of canon?

As I see it, you have three choices. You try and set a new gold-standard in casting, costumes, set, stage direction and so on. A fine way to go about it, if you have the money. Your second option is to do an adequate job with the above, but add a gimmick, like the 1930’s fascist take on the play by Ian McKellen. The third option is to toss Shakespeare out the window, or at least make drastic changes to the material — ferinstance, enhance the many curses the characters throw at each other until the effect’s more fantasy than history.

A would-be zombie moviemaker is in the same besieged mall as our Shakespearean. Everyone labors in the justifiably popular shadow of George Romero, who took zombies out of the D-list Universal monster era, added a ghoulish twist, and sprinkled on some Rousseau. Romero’s zombie mythos is the new canon.

Zack Snyder set the new gold standard with his remake of Dawn of the Dead. The genre-tripping triad of Edgar Wright, Simon Pegg, and Nick Frost created one of the best entries in zombie film-making by simply giving it all a Brit twist with Shaun of the Dead.

Then there’s 2008’s Pontypool, which tosses Romero out the window in a number of ways. I’d never heard of it until I happened to catch it on late-night cable, but then I’ve been living in a child-care submarine for the past couple of years, so it was a thrilling surprise.

Put briefly, Pontypool tells the tale of a local radio station in a small Ontario town. The three-person staff runs a morning show doing obits and school closings and some news and traffic out of a converted church basement. Stephen McHattie (Shoot ‘Em Up, 300, Secretary), plays Grant Mazzy, a former big-city air-jock who suffered some kind of career meltdown, possibly alcohol-related, but who still clings to a few showy trademarks — think a fallen Don Imus landing in Door County Wisconsin and forced to take calls about lost pets. McHattie plays Grant as a basically likeable shit-stirrer. He has conflicts with producer Sydney Briar (Lisa Houle — who does extraordinarily well not to be overwhelmed by McHattie’s slow-burn performance) but they set their egos aside and work it out in off-air give and take. Wow, reasonable people handling conflict like adults. No wonder they had to set it in Canada.

But something’s going on in Pontypool this snowy morning. Something almost beyond understanding. You see the first hint of it within ninety seconds of the movie starting, and as the calls start to come in to Mazzy’s show, it turns into a nail-biter.

There were a lot of choices in Pontypool that appealed to me. For casting, they went with interesting faces rather than a collection of calendar models — our talent and producers look normal, a little weatherbeaten, alive and having lived in a way that capped teeth and botox just can’t match. The women are wearing an amount of makeup you’d expect for gals who have to be at the studio before 5 AM on a snowy day. Grant likes his single-malt in his morning coffee and looks it.

The unsettling symptoms of the spread of the virus are very well done. I don’t want to give too much away, but we, as human beings, are extraordinarily attuned to language. It doesn’t take too many data points for us to judge that something is going wrong with, say, a Tourette’s sufferer or someone who’s had head trauma that presents as aphasia. The suspense builds rather more in the paranoid tradition of Invasion of the Body Snatchers than a typical Dead gorefest.

Pontypool finds new ways to make the zombies scary. You hear them coming in a genuinely creepy manner. It also works on a couple of levels, for those eager for political or semiotic analysis.

A lot of the usual tropes of a zombie outbreak movie are thrown aside (thank God for low budgets, the writing and acting make up for the lack of CGI explosions and zombie-festooned cars for me). There’s almost no “zombie fighting” in the usual bloody sense, so if you’re looking for traditional shots to the head and intestine-squeezing, go back to Planet Terror and leave me alone in the soundproof box with Mazzy.

This one is a blu-ray keeper.

Holy cats, a zombie movie set in my home province? Now I know Ontario has made the big time.

An excellent review. This one sounds absolutely perfect for my two zombie-obsessed teen sons, who clamor for anything and everything zombie related. I’ve added it to my Amazon cart, and will start heating up the popcorn for next Friday!

If they like it, and develop a taste for low budget zombie stuff, they could try to Scottish effort “Outpost” with Rome’s Ray Stevenson. They get a lot out of a small film investment.

Or, if they end up enjoying the slightly paranoid atmosphere, there’s 1979’s Invasion of the Body Snatchers.

Believe it or not, we watched OUTPOST about a month ago, and enjoyed it very much. Great script and acting, and a terrific claustrophobic atmosphere. I keep meaning to write a review for BG…

Have you ever seen THE BURROWERS? They’re big fans of that one too. They loved TREMORS so much I had to find something else with an underground monster, and that fit the bill.