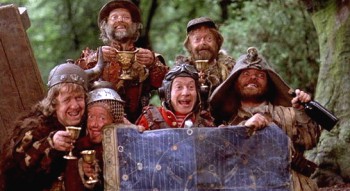 It’s difficult to believe that I’m about to type this, but here goes.

Someone is trying to remake the 1981 masterpiece, Time Bandits.

There are almost more things wrong with that statement than I can fit in one post. But I’ll run down the obvious ones, and you can debate the rest amongst yourselves.

First, I’m struggling with the concept of this classic being given what Hollywood is euphemistically terming a “reboot.” Let’s be honest, Time Bandits is perfect precisely the way it is. It doesn’t need updating, CGI’ing, or God-forbid, 3D’ing. 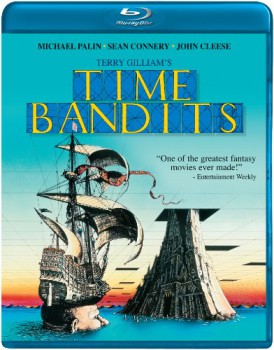 Second, the idea that Terry Gilliam, the comic and visual genius behind the original, will be nowhere to be found in this venture is not at all surprising but only augments my sense of foreboding.

Guy Collins, Michael Ryan and Fred Hedman who used to run Handmade Films International, do have a bit of a pedigree, having been part of the company responsible for Monty Python’s Life of Brian.

In fact, Handmade Films is the production company that made the original Time Bandits but that was nearly 20 years before this lot joined up, so there’s no residual respect on that account.

But here’s the most disquieting fact: they’ve told Variety they plan to turn Time Bandits into a “big-screen kid’s action franchise.”

I only wish I could tell you I’m kidding.

As everyone knows, the layers of humor in Time Bandits are several generations deep, and though kids probably do enjoy watching the cast of “little people,” the last thing I would call it is a “kid’s movie.”’ 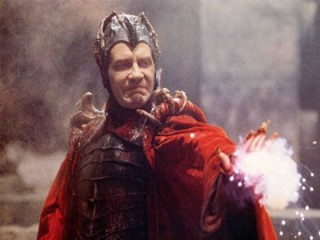 With this as Collins’, Ryan’s and Hedman’s mindset, we should feel free to go ahead and predict failure for this endeavor, while they start planning their “it’s just a kids movie” excuses for when the thing shows up in theaters and is terrible.

To be fair, this isn’t the first attempt to expand Time Bandits into a franchise.

Back in the 90′s Gilliam and his co-writer on the original film, Charles McKeown, worked on a sequel which would’ve had the kids of some of the Time Bandits stealing the map and escaping through time to prevent the “Supreme Being” from turning off the universe at the end of the millennium.

It never got made, even with the original talent behind it, which says a lot right there.

Come on guys, take the hint. 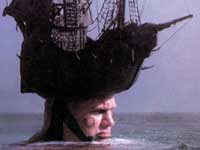 To quote the Supreme Being, “Remember, that’s concentrated evil. One drop of that could turn you all into hermit crabs.”

Do you think perfection should be tampered with? What are your thoughts about remakes?

Until then I’ll stay curled up here under my desk.

This remake is a hate crime.

Most times I hate Hollywood… and this is no exception 🙁

Oh, come on… If you hate it in advance, don’t go see it. But I’ll take more TIME BANDITS. And probably bring my kids.

All I keep thinking about is what happened when Hollywood got its hands on “Hitchhiker’s Guide to the Galaxy.”

If they understand the original and remake it in a way that actually gets at the things that were best about it, they’ll never be able to get away with calling it a kids’ movie. If they make it a kids’ movie that the social conservatives won’t scream about, then it will be a film that has nothing to do with the original.

Poor Gilliam. At least his work will still be watched, and worth watching, long after these trivial talents are dead.

Black Gate » Blog Archive » Goth Chick News: Now Here’s One We Can Probably All Live With…