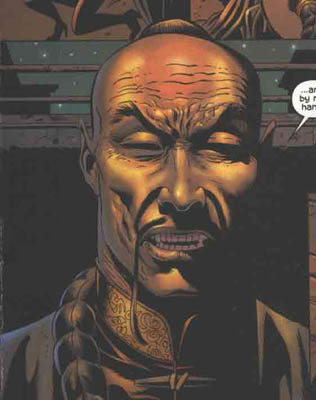 “The Six Gates” was the ninth installment of Sax Rohmer’s Fu-Manchu and Company. The story was first published in Collier’s on October 23, 1915 and was later expanded to comprise Chapters 27-30 of the second Fu-Manchu novel, The Devil Doctor first published in the UK in 1916 by Cassell and in the US by McBride & Nast under the variant title, The Return of Dr. Fu-Manchu. 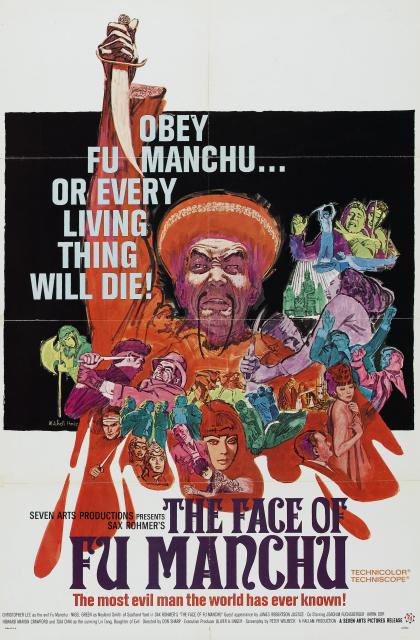 The story opens, like many early Rohmer tales, with the unexpected arrival of a late night visitor. In this instance, Smith and Petrie are preparing for the raid on the Gables when Aziz, Karamaneh’s brother, turns up at Petrie’s door. While initially skeptical of trusting him, both men are quickly won over by the young man’s tale of how Karamaneh was abducted by Fu-Manchu’s minions shortly after he and his sister returned home to Cairo; how Karamaneh was rendered amnesiac by a drug administered by Dr. Fu-Manchu; and how Aziz followed their trail from Cairo to Rangoon to London in his desperate quest to free his sister from slavery. Smith and Petrie leave Aziz in police custody as they join Inspector Weymouth for the police raid on the Gables.

Smith and Petrie foolishly separate from the Scotland Yard men and encounter Karamaneh in the house. She warns them that they are walking into a trap, but Smith disregards her warning and he and Petrie step right into a trapdoor hidden behind a curtain. They recover consciousness to find Dr. Fu-Manchu gloating over their blundering incompetence. He mocks them for being inferior to children who learn from experience to fear fire lest they be burned a second time. Presently coming to the point, Fu-Manchu explains that Smith is to be tortured with the Six Gates of Joyful Wisdom while Petrie, his devoted friend, is provided with a samurai sword to end Smith’s sufferings if he dares. The Six Gates are a cage with a series of movable doors that is placed over Smith’s bound body. The first door, the Gate of Joyous Hope 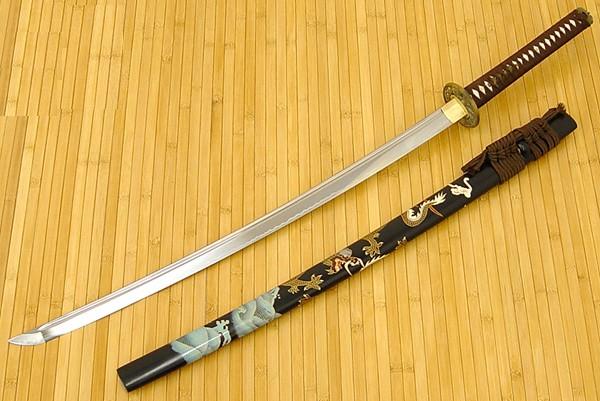 Smith pleads with Petrie to use the sword once the First Gate is raised. Just as Petrie is about to bring the Samurai sword down upon Smith’s head, Karamaneh bursts into the room armed with Petrie’s pistol and shoots Fu-Manchu. Blood streaking down his face, the Devil Doctor falls across the Six Gates and inadvertently releases the twenty hungry rats which scurry about the room as the police raid the chamber. Overcome with emotion, Petrie collapses. 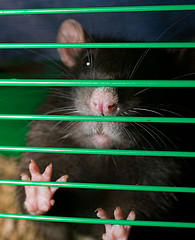 Petrie recovers consciousness safely back home with his beloved Karamaneh by his side. The reunion with her brother has led to the complete recovery of her memory. Smith is bedridden from his injuries for a couple of weeks. Inspector Weymouth is forced to tell Petrie that no sooner were he and Smith carried from the room than the ceiling collapsed on the chamber and Fu-Manchu’s body was never recovered. The story ends with Petrie noting that in the following weeks he purchased a medical practice in Cairo and prepared to depart for Egypt where he and Karamaneh will be married. There is a bittersweet moment where Petrie reveals his plans to sever all ties with Smith and Weymouth. He notes that Smith does not approve of his self-imposed exile, but will not speak against his friend’s plans for happiness.

Of course, the reader hesitates where Petrie does not over the fact that Fu-Manchu’s body was not recovered and fears for a tragic ending as the final chapter in the serial rapidly approaches.