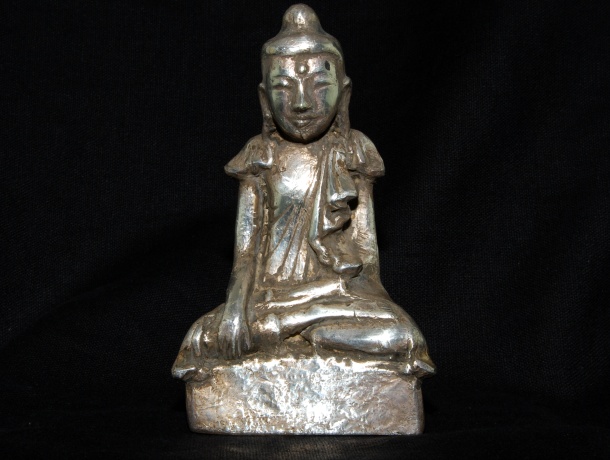 “The Silver Buddha” was the sixth installment of Sax Rohmer’s Fu-Manchu and Company. The story was first published in Collier’s on May 15, 1915 and was later expanded to comprise Chapters 18-20 of the second Fu-Manchu novel, The Devil Doctor first published in the UK in 1916 by Cassell and in the US by McBride & Nast under the variant title, The Return of Dr. Fu-Manchu. 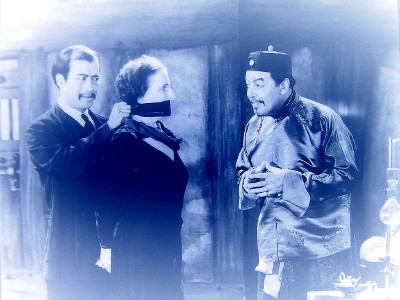 The story sets off at a frantic pace with a desperate Dr. Petrie returning to J. Salaman’s antique shop on Museum Street where he believes he glimpsed Karamaneh in the previous installment. Petrie has foolishly decided to investigate the shop without informing Nayland Smith of his plans.

Posing as an antique collector, he is compelled to handle a silver Buddha that the shopkeeper tells him has already been sold. The statuette in question releases a concealed door and Petrie unexpectedly finds himself face to face with Dr. Fu-Manchu. 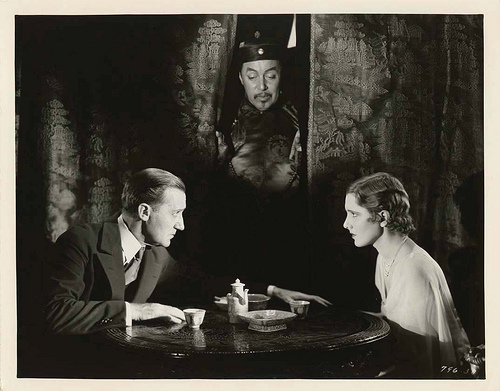 Petrie writes of the Devil Doctor’s awesome presence noting the supernatural force that seems to emanate from his oddly opaque eyes (that he likens to both a bird’s and a cat’s once more) that prevents anyone from summoning the courage to attack him. This force that Rohmer emphasizes is undoubtedly the vril he discussed in an earlier installment. Naturally, Petrie’s wonderment at finding himself in the presence of Fu-Manchu comes to a violent end when he is struck on the head and rendered unconscious. 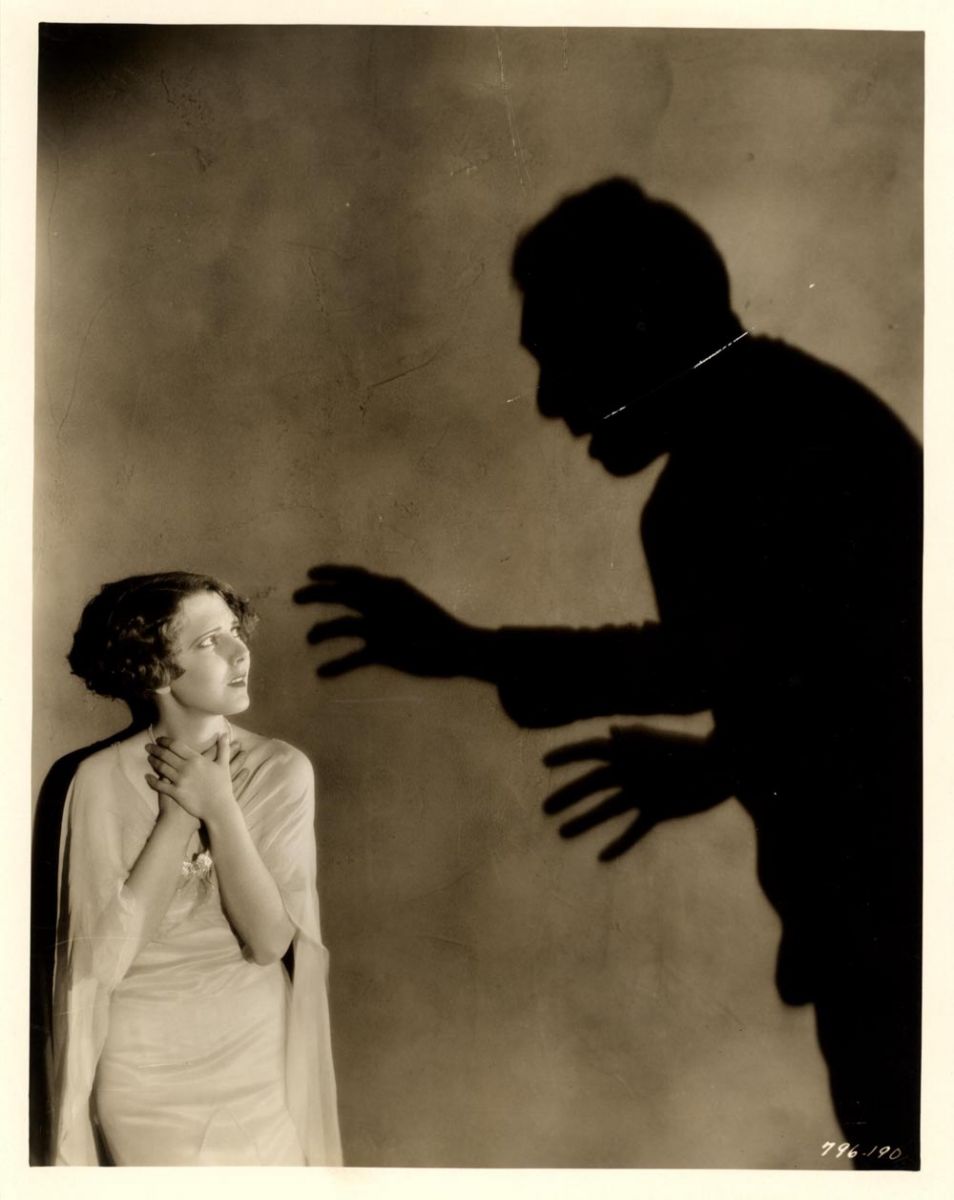 Pulp thrillers, like their literary cousin the hardboiled mystery, have a habit of first person narrators being repeatedly knocked unconscious without ever suffering permanent ill effects or even a fractured skull. Petrie awakens abound captive in Dr. Fu-Manchu’s laboratory. As happened before, Fu-Manchu erroneously believes Petrie to be a genius rivaling his own intellect. He notes that he is preparing to brainwash Petrie so that he can send him back to China to serve the same organization bent on establishing a New World Order based in the East.

Petrie notices one of Fu-Manchu’s experiments, a doglike creature with a missing arm. Fu-Manchu notes that it is his cynocephalyte, the coughing horror of the previous installment whose arm Petrie severed with an axe. Dr. Fu-Manchu leaves the laboratory promising Dr. Petrie that he will soon be in his laboratory in Kiangsu. He advises him to observe the Siberian fungus, amanita muscaria that he is cultivating in the laboratory noting that he will soon be working with it. 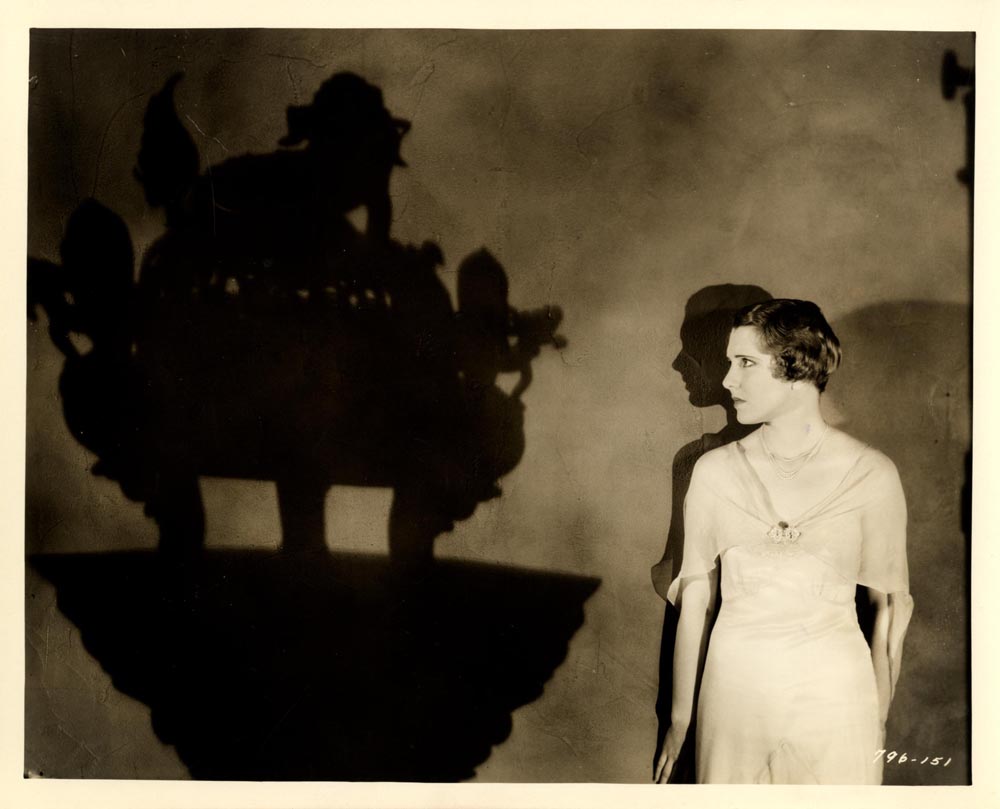 Left alone in the laboratory, Petrie has time to reflect that he is likely doomed to be subjected to Fu-Manchu’s catalepsy-inducing drug so that he can be shipped to China without any hope of the authorities coming to his aid. Only now does Petrie chastise himself for his idiotic decision to tackle Fu-Manchu singlehandedly all because of his love for Karamaneh.

Despairing of his inability to avoid his fate, Petrie is startled by the arrival of Peko, Fu-Manchu’s pet marmoset who is playing with a set of keys he has stolen. Petrie’s hopes of obtaining the keys from the marmoset are dashed by the unexpected arrival of Karamaneh.

Rohmer has Petrie obsessing on her red high-heeled shoes. Rohmer’s fascination with attractive women in red shoes or red slippers recurs in nearly every one of his books. One hopes his wife owned a pair. 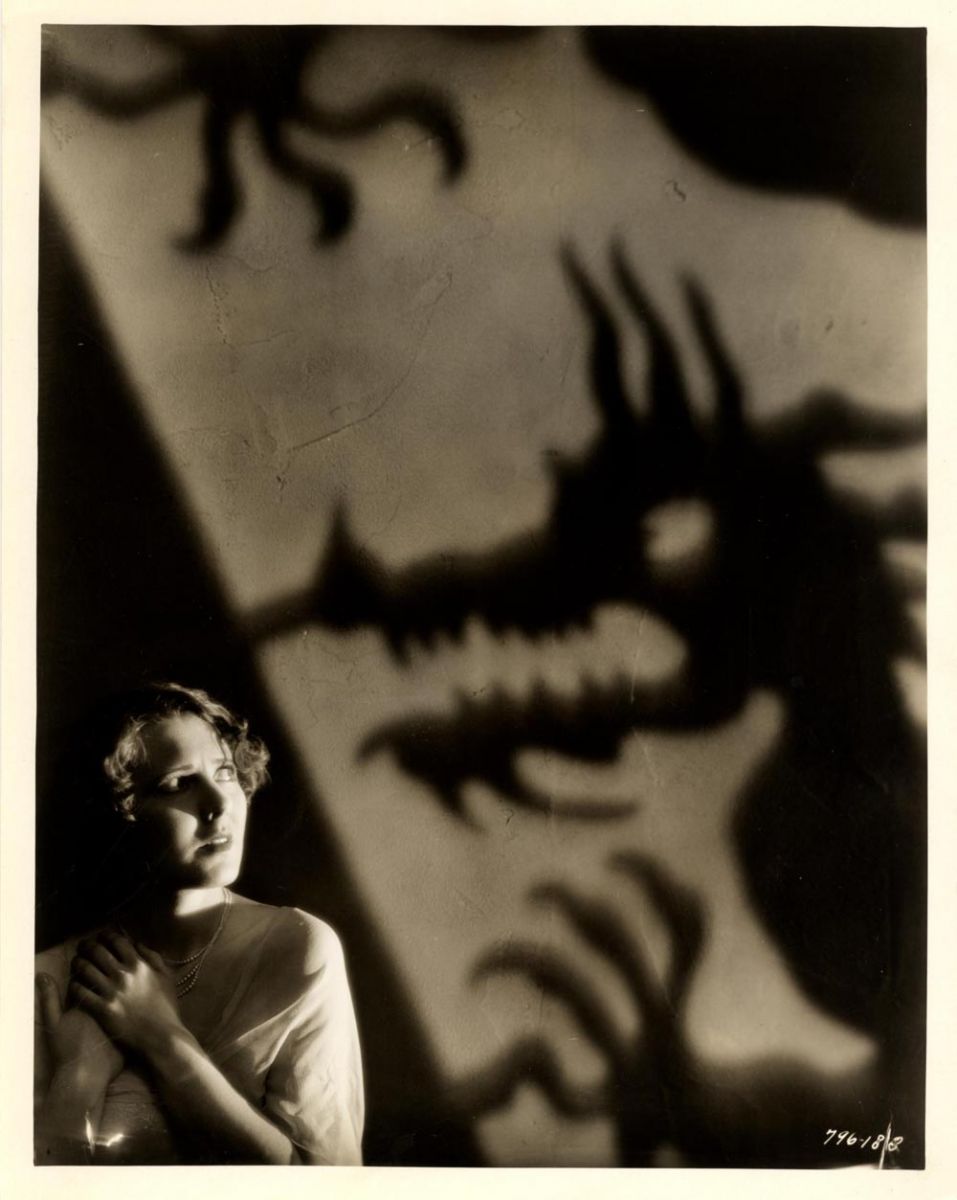 Karamaneh debates whether she should help him or not, but ultimately decides to set him free. She leads him to another room showing Museum Street and hands him a wooden crossbar attached to a cord which will allow him to swing across the street to enter the apartment across the street. This being a pulp thriller, there is no hope of simply sneaking out a door.

Just as Petrie and Karamaneh are about to kiss, he spies Fu-Manchu at the window across the street staring at him! Fortunately, Karamaneh is behind a curtain and her betrayal has not been discovered. Hurriedly, Petrie places the manacles he wore upon her wrists and tears a strip of her skirt off to gag her. No sooner has he finished the charade then Fu-Manchu bursts in the room.

Petrie manages, in spite of the aforementioned force the Devil Doctor commands, to hurl the set of keys and strike Fu-Manchu in the face. He reaches the wooden crossbar when “the whole yellow gang” set upon him.

Displaying uncharacteristic heroism, Petrie launches himself backward and kicks one of Fu-Manchu’s servants in the head, splitting his skull. Petrie then launches himself out the window on the swinging cord only to spy a dacoit with a dagger at ready at the window of the apartment opposite him!

Petrie’s heroism does not falter and he swings through the window and kicks the dacoit senseless, but is stabbed in the calf for his trouble. Petrie swings backward and drops, unharmed into the middle of Museum Street below. Bleeding badly from his injured leg, Petrie reaches a taxi and orders the driver to take him to police pathologist Chalmers Cleeve’s office in Harley Street as the story races to an exciting finish.