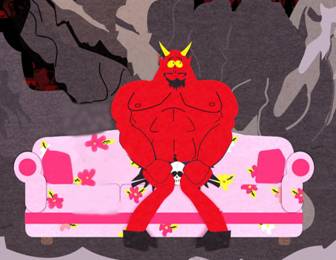 Fueled by several adult beverages, someone recently asked me what I would take with me, should I know in advance that I was about to be stranded on a deserted island.

The question was a set up, so this highly evolved individual could answer his own question with “beer.”

Partially to be a smart ass, but mostly because it was the truth, my answer was “a copy of The Hitchhiker’s Guide to the Galaxy and PEZ.”

PEZ immediately came to mind for tiny little bites of happiness that always lift my spirits, whether eaten out of my Wolfman dispenser or not. Hitchhikers, being one of my most often quoted book / TV epic / radio show is never far from being an answer to any query. However, I thought of it even quicker than usual being that I’m currently listening to the audio book for about the hundredth time.

It never, ever gets old, especially with the late, great Douglas Adams reading it to me.

I’m at the part where Ford Prefect, the alien from a small planet in the general vicinity of Beetleguise, is explaining to Earthman Arthur Dent, how Ford managed to get to the Earth in the first place. He hitched a lift with what Ford explains is a “Teaser.” 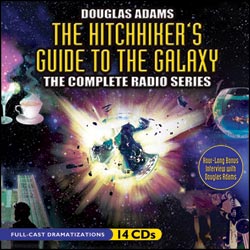 Ford tells Arthur that a “Teaser” is a rich kid with nothing better to do, who seeks out planets which have not yet made interstellar contact, then finds a poor schmuck in the middle of nowhere who no one will ever believe and lands in their yard wearing fake antennae, then parades up and down making ‘bleep bleep’ noises.

Though it’s meant to be a hysterical image (and it is), this story is only one of several profound observations in the book, and one which comes up a lot in the company I keep.

Are you ready? Because here comes the tie-in…

A couple of weeks back when I was telling you about Slash’s new horror movie production company, Slasher Films, I explained that one of his upcoming projects is about Stull, KA; supposedly one of the few places on the face of the planet where Satan routinely makes a visit.

On the surface this sounded like a fairly cool story that merited further investigation and so as I promised, here’s what I learned about Stull.

Stull, KA is a tiny community ten miles west of Lawrence, Kansas (see where I’m going now?). Stories claim the original name of the town was Skull, but was later changed to Stull in an effort to cover up tales of black magic by the early settlers.

Historical documents show that the original name was Deer Creek Community, but was named Stull in 1899 after the first postmaster Sylvester Stull. The post office closed in 1903, but the name Stull stuck.

Stull has only a few houses today, with about 20 residents (you knew this was going to be the case didn’t you?) and atop Emmanuel Hill sits the Stull Cemetery and what is, since 2002, the rubble of the old abandoned church.

The cemetery has a long history of legends that include ghosts and witchcraft, and has been dubbed one of “The 7 Gateways To Hell”.

Folklore claims that the devil appears in the cemetery twice a year on the night of spring equinox, and Halloween. On March 20, 1978, 150 people went so far as to wait in the cemetery to see the arrival of the devil, and word spread that spirits of those buried in the cemetery that had died a violent death would rise from the grave.

Ultimately, the only spirits that showed up were in bottles and cans and the local sheriff’s deputies cleared the area before midnight.

Shortly thereafter, a chain link fence went up around the property along with “no trespassing” signs threatening a heavy fine.

But the “keep out” messages only threw fuel on the satanic fire and now there are several paranormal web sites that claim one or more of the following:

The devil returns to Stull Cemetery only on the Spring Equinox and on Halloween because one of his wives, a witch, is buried there.

Supposedly, during a 1995 trip to Colorado, the Pope redirected the flight path of his private plane to avoid flying over the unholy ground of Stull.

A stairway inside of the ruined church leads straight to Hell.

When three of the four walls of the old church still stood, rain would not fall inside the walls even though the roof of the structure was long gone.

There are abundant reports of paranormal phenomena from residents of nearby towns: unexplained raps and banging, disembodied voices-often reported to be the voice of an old woman, and the sounds of children playing at night in the cemetery.

Stull was the reason The Cure refused to play in Kansas.

Before the church was demolished, it was said that bottles thrown at the walls would not break.

So, to go back to the incredibly insightful observation of my beloved Douglas Adams, Satan apparently has not chosen to appear say, at an Ozzy Osbourne concert, or even at one of Marilyn Manson’s gallery openings; either being a place where he’d surely be welcomed by hordes of people and paparazzi.

He has instead, chosen to show up in the middle of Kansas, in a town with a population of twenty whom no one is going to really take seriously.

He has generally growled at, pushed and whispered only to thrill-seeking teenagers chasing around the cemetery on a dare, and who are likely finding their courage in contraband beverages.

Ironically, on the one night in 1978 when there was a healthy adult crowd to cheer him on, Satan was apparently desperately busy elsewhere.

That was also the same year that Smurfs appeared on TV; coincidence? You decide.

But for those of us who would love to believe in the existence of the paranormal, or extraterrestrial for that matter, wouldn’t it be great if something showed up in front of the CNN building or White House lawn for a change, say around 1pm CST? 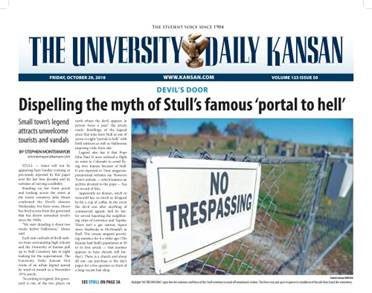 It seems like we’re forever alone, or with someone who’s looking the other way; without a flashlight or with one that has dead batteries; with a camera that’s suddenly stopped working for no apparent reason, or armed only with our five fallible senses and no undisputable way to prove what we’ve seen.

As The Hitchhikers Guide to the Galaxy states: “The chances of finding out what’s really going on in the universe are so remote, the only thing to do is hang the sense of it and keep yourself occupied.”

Now pass me the PEZ.

Have you ever visited Stull Cemetery or seen something that no one is ever going to believe? More importantly, are you a fan of Hitchhikers and PEZ?

If so, you’ve come to the right place. Post a comment or drop me a line at sue@blackgate.com.

And now for something completely different… GC, have you ever read and/or listened to Kevin Anderson’s “Blood, Gridlock and PEZ”? It’s the story that made me fall in love with Pseudopod.

Jeff, no I hadn’t, but now that I’ve taken a quick look, I think I’ve just found a new fav. Too bad the name is already taken or it would have made the perfect title for my biography.

Thanks for posting that!