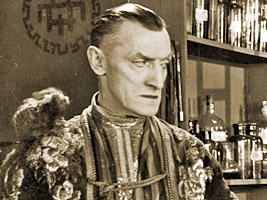 “The Avenue Mystery” was the third installment of Sax Rohmer’s Fu-Manchu and Company. The story was first published in Collier’s on February 6, 1915 and was later expanded to comprise Chapters 7-10 of the second Fu-Manchu novel, The Devil Doctor first published in the UK in 1916 by Cassell and in the US by McBride & Nast under the variant title, The Return of Dr. Fu-Manchu. 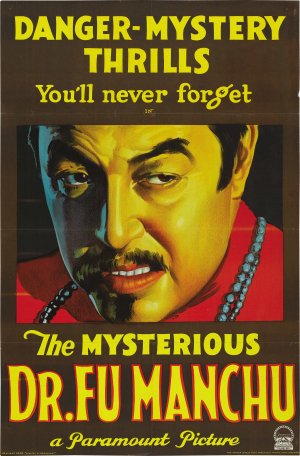 While I hold political correctness in contempt recognizing it to be censorship under a different guise, it is inevitable that in revisiting books or films of the past one encounters racial or sexist stereotypes that are now offensive. I do not support banning a work or editing for content anymore than I support minimalizing the issues raised by their inclusion. A simple disclaimer noting offensive content is contained that reflects acceptable attitudes at the time of the work’s creation should suffice to address the matter.

Readers of pulp adventure or mystery fiction of the late nineteenth and early twentieth century are accustomed to offensive stereotypes of Asian, African, Italian, Greek, and Jewish characters among others. While Rohmer’s early Fu-Manchu stories contain a good deal less racial stereotyping of Asians than film adaptations or illustrations of the character would suggest; a lamentable streak of anti-Semitism runs through “The Avenue Mystery.” This fact is all the more regrettable because the Jewish character in question, Mr. Abel Slattin ranks among Rohmer’s finest bit players.

Slattin is a private eye, although Nayland Smith credits him as “little more than a blackmailer.” He agrees to pass information concerning Fu-Manchu in exchange for Smith’s offer of one thousand pounds provided Smith first drafts a legally-binding contract. Slattin is bold and clever and terribly amoral. Slattin is an assumed name, his real surname is Pepley and the CID’s records reveal him to be a disgraced American police officer. 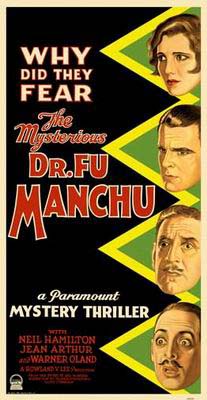 Along with the emphasis on his Semitic appearance and resulting negative personality traits, Abel Slattin is delineated by the walking stick he carries that is adorned with the semblance of an adder. A curio he picked up in Australia, Slattin claims (in fact, Rohmer lifted the walking stick from Guy Boothby’s Dr. Nikola series) that it is rumored to be the Biblical Rod of Aaron.
A nice bit of continuity from “The Wire Jacket” sees Smith noting that Reverend Eltham’s convalescence is going well and that the clergyman has received a telegram from Fu-Manchu noting that Eltham’s contact in China, the Mandarin Yen-Sun-Yat had been assassinated. The Devil Doctor salutes Eltham’s bravery and prays for a speedy recovery for his former enemy. Eltham has earned his respect for his willingness to withstand torture rather than betray a friend’s confidence and is no longer in danger since the traitor to the cause has been identified and removed. It is these complex concepts of loyalty and honor that distinguishes Rohmer’s characters from the melodramatic heroes and villains one usually encounters in pulp fiction.

Smith and Petrie arrange to meet Slattin the next day, but naturally the duo and several of Weymouth’s men instead spy on his personal residence later that night. Smith and Petrie witness his clandestine meeting with Karamaneh. The reader thrills at Slattin’s audacity in playing both Fu-Manchu and Smith off of one another to his financial benefit when suddenly and mysteriously, Slattin screams and falls to the floor dead of unknown circumstances. 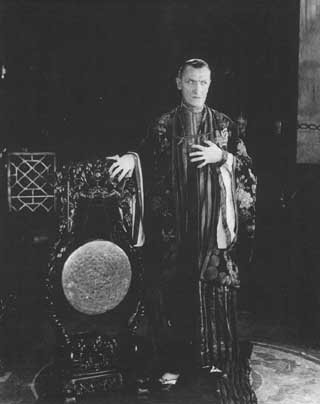 Smith gathers all available data from Weymouth’s men linking Slattin to Singapore Charlie (from Rohmer’s original Fu-Manchu serial). Interestingly, the reader begins to view the late Abel Slattin in a better light as we learn that Slattin, when he was still Police Lieutenant Pepley had been trying to set up a sting operation in Chinatown involving a Chinese secret society known as The Seven Group until Smith inadvertently thwarted his efforts with his own Limehouse raid at the conclusion of the first book. Slattin had re-established contact with Singapore Charlie and was working with him and Karamaneh to try to bring Fu-Manchu (revealed as one of The Seven Group) into custody at the time of his mysterious death which Petrie quickly confirms was of the bite of a poisonous snake. 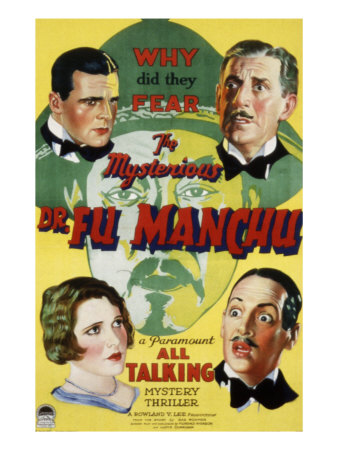 Inspector Weymouth returns to the series beginning in this installment and states that Fu-Manchu is still operating in Limehouse near the burned-out remains of Shen-Yan’s opium den, his original hideout. This tantalizing bit of business is left for a future installment. At present, Smith and Petrie seem oddly puzzled in not being able to determine how the snake was introduced to Slattin’s home or where it went to after biting the poor man. Smith and Petrie spend the night hidden in Slattin’s home certain that a servant of Fu-Manchu will return to retrieve the snake.

They are, of course, correct and the finish (which borrows heavily once again from Sir Arthur Conan Doyle’s “The Speckled Band” – clearly, Rohmer’s favorite story) sees the duo overcome the dacoit sent to retrieve the Australian death-adder that Karamaneh switched with Slattin’s Australian walking stick that the private eye had discussed at length with Petrie on the preceding day. It is a clue so obvious that Smith and Petrie would have to be imbeciles not to have recalled the conversation.

Nonetheless, Rohmer’s skill as a writer is such that one is willing to forgive such blunders as well as his denigrating an intriguing character like Abel Slattin with (all too common for his day) anti-Semitism. The serial was starting to build up steam and expectations were high that the next installment would bring the reader closer to unraveling the mystery of the Seven Group and ending the career of Dr. Fu-Manchu.

Fu Manchu was a stereotype that actually did go in a good way. Kind of like “Kato”/”Bruce Lee”… Gave “Asians” (1) in the USA sort of a scary/danger street cred, even if they knew ZERO about any martial arts and would have nothing to do with Fu Manchu if he’d really existed. Venerable ones used to wearing traditional clothes LOVED him! Instead of being pushed aside and laughed at, they could just put on the silent sinister act and people would let them by in peace, subconsciously fearing some sinister legion of axe wielding knot tops with boxes full of deadly spiders and cobras!

What worked terrible for another “Ethnic” group worked good for them…

Also, btw, the media being full of “Killer Postman” stories had an effect that in RL there were far fewer muggings/shootings of mailmen. The robbers subconsciously thought all postmen were stressed people with uzis in their mailbags… It increased when the USPS launched a media campaign to counter the stereotype and broadly announced they’d be fired instantly if they carried anything like a weapon…

1- many hate that “Asian” term. “It like we call you American People of the Americas…from Canadians, Eskimos, South Americans, Mexicans…under same name…!” and we go “Uh, we are people of the Americas, and weren’t YOU born here too…?” And they go “Aaaarrrrgggg!”