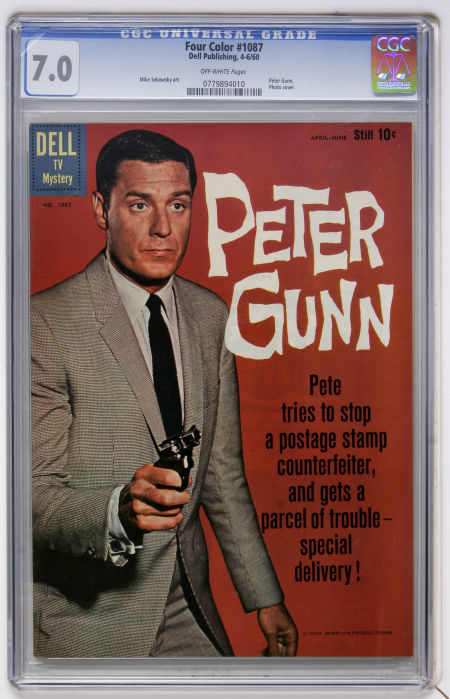 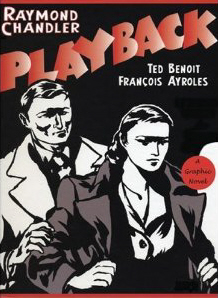 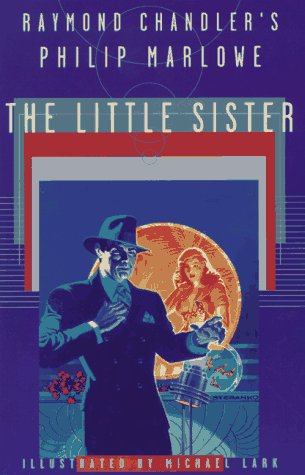 Mysterious Press published the screenplay in book form in the mid-eighties. A French graphic novel imagining the script as the film noir classic it might have been followed a few years later.

The graphic novel was later translated back into English and published Stateside by Arcade Publishing in 2006. It is well worth hunting down as a companion to Chandler’s The Blue Dahlia (1946) with Alan Ladd and Veronica Lake and stands as one of the author’s few fully-realized works without Philip Marlowe. 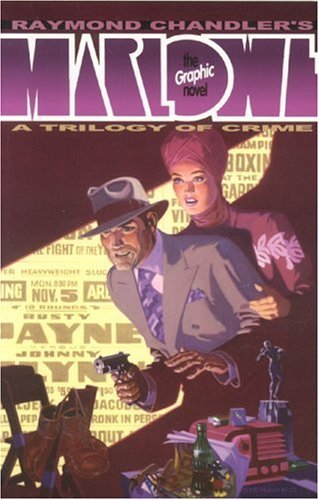 Preiss upped the ante for his 2003 anthology, Marlowe adapting three Chandler short stories, “Trouble is My Business,” “Goldfish,” and “The Pencil.”

Only the last one originally featured Marlowe, but like any number of publishers and television producers before them, Chandler’s early detectives are renamed Marlowe here to make the property more commercially viable.

The artwork is not as impressive as with the first effort, but Jim Steranko’s cover art and the high quality of Chandler’s stories more than compensate. 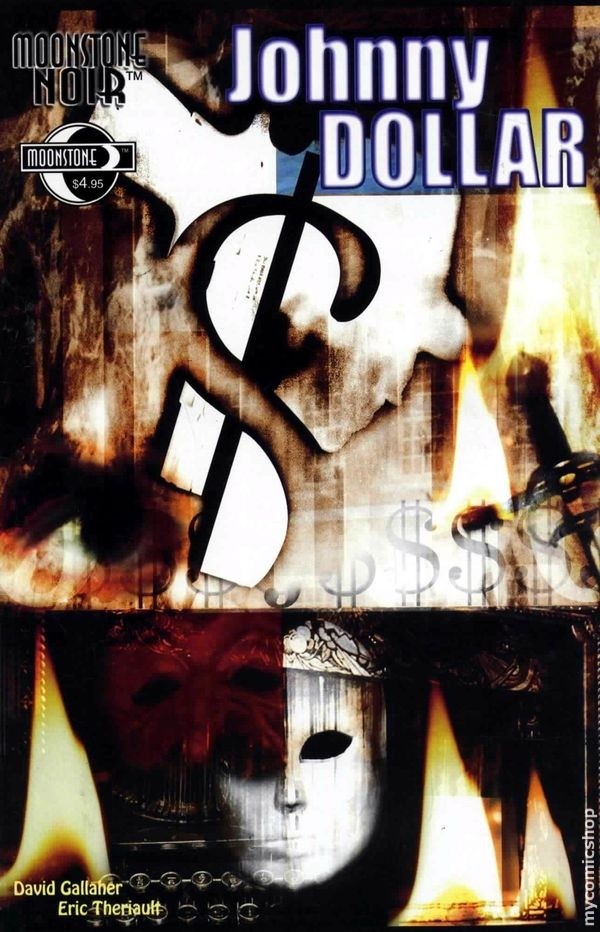 Moonstone is one of the finest indie comic publishers around. Their Moonstone Noir line has produced a number of excellent titles.

The standout for me is their Johnny Dollar one-shot. Yours Truly, Johnny Dollar holds the distinction as the longest-running radio drama series at fifteen years.

Johnny is an insurance claims investigator in the hardboiled tradition. Moonstone’s Johnny Dollar one-shot features clever scripts that capture the flavor of the radio show but turn it up a notch in terms of content.

Moonstone, as a publisher, and their Noir line, in particular, are worthy of far greater acclaim as they produce books far superior to mainstream comics publishers like Marvel and DC. 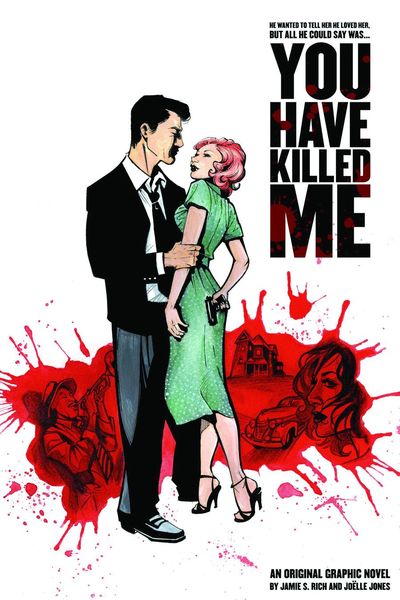 Joelle Jones’ artwork is dead-on perfect and a cut above most graphic noir. Rich’s script, a nice spin on Chandler’s The Big Sleep with bits and pieces reminiscent of both Mike Hammer and Peter Gunn, centers on two sisters and the men in their lives. The locked room mystery is rarely a good match with hardboiled fare and presents an obvious giveaway to seasoned readers, but Mercer isn’t the brightest bulb although he is likeable and the plot twists and dialogue keep the reader engaged.

Rich’s variation on the usual Marxist bent in hardboiled fiction is particularly intriguing. He may profess not to be an expert on hardboiled detectives, but Rich understands people and combined with Jones’ stunning artwork they create a combination that makes one look forward to Mercer’s promised return. You Have Killed Me comes highly recommended.

Webcomics are the new frontier for graphic novels. ComicRelated.com’s weekly serial, Price for the Asking is the obvious standout for fans of noir mysteries. Bill Gladman & Ron Fortier’s hardboiled detective, Simon Pryce is a natural. The scripting is solid and I look forward to the eventual publication of the title as a collected graphic novel. One page of comic art is uploaded each week with newcomers easily able to upload the previous pages to follow the story from the beginning. Pryce is another detective with a healthy future in the hands of creators who know how to get the best from the medium and the genre. This sampling is by no means definitive. Longtime readers know my love of hardboiled fiction and this week’s column presented a welcome opportunity to place the spotlight on an unsung medium for continuing the noir tradition.

Frank Miller’s Sin City books is my hands down all time favorite noir, -or would that be hard-boiled and is there a differance?- and that favorite over includes novels, TV, movies.
Especially, the first one The Hard Goodbye, but all are great!!!

While I liked Frank Miller’s work at Marvel when I was a kid, I didn’t really go for his more recent work. I read one of the volumes of SIN CITY and wanted to like it, but it just didn’t click for me. I subtitled my article “A Random Sample” because it was based on what I own or have at least read and enjoyed. A comprehensive history of Graphic Noir should definitely include SIN CITY because of its impact, but that wasn’t within the scope of what I was trying to accomplish which was more personal than it was definitive.

[…] This post was mentioned on Twitter by Steven, Jamie S. Rich. Jamie S. Rich said: A round-up of hardboiled comics, incl. a great plug for YOU HAVE KILLED ME http://www.blackgate.com/2011/01/28/graphic-noir-a-random-sample/ […]