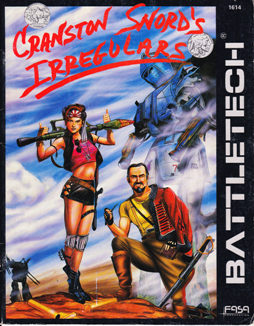 Okay, now I had a ‘Pathfinder Iconic Lyssa‘, and life was good, but the more I went over what I wanted from this project the more it became clear I couldn’t just do ten artists. There was no way ten artists justified the true landscape and epic scope of RPG art during the past thirty years.

I was at the tipping point, and it was then, in the depth of winter that I decided I’d include everyone who’d not only impacted my life, but the life of gamers all over the world.

If I somehow had the power to collect those already in the project, then asking was no longer an issue, and the sting of a rebuke wasn’t a deterrent against the joy I already felt at the process.

Taking a lead from Dragon Magazine reading, I starting rolling out every name I could think of. Instead of thinking about two representatives from each Era, I’d go for four, and I looked deeper into all the art I’d seen since my youth. 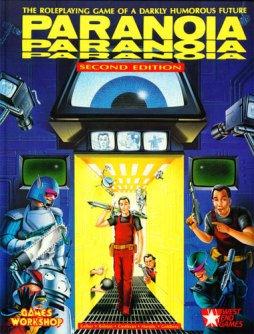 My search went deep and there was one name and style that just kept coming to the surface no matter if I was looking at TSR products or independents… Jim Holloway. He was everywhere, and the humorous nature of his art reminded me why players spent their nights playing these games.

Before I go further into Mr. Holloway, I need to digress a moment into a bit of discussion about role-playing and art. What many perceive, and rightfully so, as fantasy art tends to be extremely pretty. In most cases it reads like a Victoria’s Secret catalogue with bigger cup sizes. That’s marketing, and truly why would you try to sell a product to teenage boys if it wasn’t oozing sex-appeal?

To this point, fantasy art represents something other than the truth about role-playing, both in beauty and in composition.

As I looked though Holloway’s work, I was drawn to his ability to show a certain ugly reality in his images. A prime example of this is the interior art of the 1982 TSR module S4 The Lost Caverns of Tsojcanth (click image below for a larger version).

Tsojcanth was one of Holloways first works at TSR and yet it absolutely hits the nail on the head of what playing an RPG is about.

There is an image inside the front cover that say it all, and as I look at this piece I can’t help but hear a gaming session going on behind the scenes… 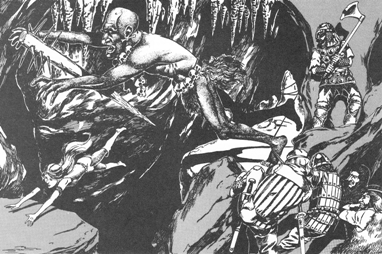 DungeonMaster: There is a Stone Giant up the cavern… he looks like he’s a guard.
Bob: Well I’m down to 6 hit points, so I’m not fighting him…
Sam: Yeah, and we’re out of healing potions and Jim burned through his healing spells three encounters ago…
Todd: Hey Bob, you still got that fifty feet of rope?
Bob: Yeah… why?
Todd: Ok, Jenn, can your thief jump that chasm we just crossed?
Jenn: I’ve got an 87% chance, so probably.
Todd: Okay, I’ve got a plan.

The above isn’t something you find in most RPG art, and yet it’s there in almost every piece Jim Holloway ever did. That, is Holloways gift, a gritty and often ugly snapshot of the reality of the game, and although he’ll never be taken up on the stage to show off super-models in fantasy gear, it’s important for the reader of this article to understand that this project isn’t about who can create the most beautiful Lyssa, but what the artists creating Lyssa bring to the table in the full realm of the RPG universe.

In this, Holloway is perhaps the greatest master of the genre to date. Holloway has that ‘pay no attention to the man behind the curtain’ angle, and all his work begs the viewer to smell the freshly delivered pizza and ask their fellows to pass the soda.

Jim Holloway, God love him, is as eccentric as his art, and the stories I’d heard about him from fellow artists in the ‘pit’ included one-hundred mile trips to Taco Bell, the burning of his original paintings and concept sketches to keep him warm in the winter, and a penchant for characterization drawing of anyone attempting to maintain order at the old TSR corporate guard. 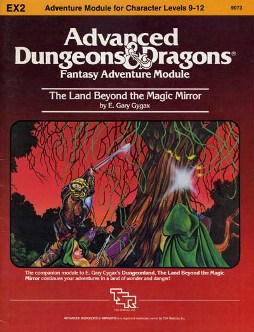 Cataloguing his work, I found him to be a kind of RPG canon, someone who was literally everywhere in the fantasy field and yet very few people actually knew his name.

That could have been a direct result of his few TSR covers, although Gygax’s EX1: DungeonLand and EX2: The Land Beyond the Magic Mirror, as well as the industry defining Desert of Desolation series were certainly career making in their own respects.

However, it wasn’t until Holloway hit the market freelancing space opera that I believe his color work got the recognition it deserved. Of my experiences and memories of Jim, I consider his cover works for FASA’s Battletech system a crowning achievement. In those paintings he took a genre and made it his own, with all the sex, war, joy, and pain of that universe played out in unmatched glory

Jim is also one of the few self-taught artists to make such a large impact on the industry and I think his success stems from this very telling quote I found concerning his own art, ‘There is nothing better to get you to improve your work than to be constantly told by Art Directors and fellow arts how crummy you are.’

That is Jim Holloway, someone I’ve grown to truly admire the more I look at his art and the comic style he brought to the page.

Holloway cut his teeth at TSR alongside the oil artists of Larry Elmore and Jeff Easley, but in his essence Holloway was a sketch man. He worked in black and white, but when given an opportunity his acrylics are brilliant. Still, to truly appreciate Holloway we need to look at what he drew instead of how he drew it.

TSR’s module series of the eighties are inundated with Holloway drawings. Inside he presents us with unforgettable images of bald-pated dwarves and axe-wielding knights. The inherent quality of most of his work lies in its humor. His characters love to ‘look at the camera’, some giving a thumbs up, others winking with sly smiles.

Holloway’s talent might not have been appreciated in ‘the pit’ like the oil masters, but his rise to fame came nonetheless when he jumped ship to new RPG houses like Games Designers Workshop and FASA. His comic humor found a place in a new genre of games like Paranoia, Battletech, and Traveller. Here is where Holloway bloomed, and his creative talents spread industry-wide even as his famed black and whites turned to acrylic gold.

There is a basic humor even in the imperfection of Holloway’s style. That is his greatest gift. Instead of only seeing the perfection of the oil, Holloway keeps the gamer honest, his artwork light, and his characters flawed with receding hairlines, double chins, and swollen bellies. That is Holloway, and we love him for putting ‘gamer’ back in the game.

The above and right representations depict a mechwarrior and Egyptian wizardress version of Lyssa, and I was again lucky enough to have two such images come to me from a single artist. These pull in a distinct truism, the un-beauty of the character and yet in showing flaws Holloway reflects so perfectly the reality and joy of the game.

This Lyssa wouldn’t appear on the cover of Forgotten Realms Vogue, but you would have a hard time convincing me that she couldn’t drive a hundred ton war machine or have actually killed a mummy in some long forgotten tomb.

I say bravo, Jim, and continue to let the good times roll!

Current Status: Jim is still living in the woods of Wisconsin and keeping busy in his small studio. He and can be reached for commissions or just to look at his wonderful work here

This series just keeps getting better. I think you really nailed the artist’s appeal in your description. The art isn’t pretty or epic. It doesn’t make me hear the Conan soundtrack in the background or picture epic battlefields or ancient kings lying in stone tombs.

It puts me in mind of a bunch of nerds in the High School shop class room gathered around a table, munching the snacks we weren’t supposed to bring in and arguing over stat blocks. Jim’s work isn’t the adventures we wished we were having, it’s the adventure we did have, one where characters rolled 1s as well as 20s and the monsters as often as not were represented by the wrong figure. He draws characters who could well have used Charisma or Strength or even Intelligence as a dump stat.

And that’s why I love his stuff.

Daniel: Indeed, and I love your statement about dump stats, just classic. Holloway has done some great stuff, to be sure, and I still love watching his characters hide from the enemy instead of face them. I’m glad you ‘got it’ where Jim was concerned because that is the key to understanding that his work is pure genius.

The primary colors–bold colors that make me think of the old Dick Tracy comic–make this so much different from what has been presented so far. And that is SOME version of Lyssa. Badass, roller-derby.

[…] the inclusion of a ‘Battletech Lyssa‘ I’d done it, landing nine of my ten artists and only Erol Otus still holding out. What to […]