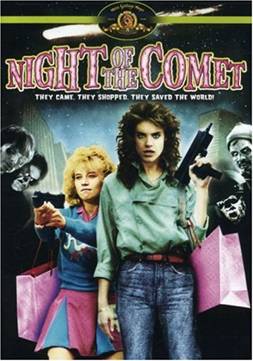 Before this, I was already obsessed with my Wii gaming system. On evenings following particularly stressful bouts at my “day job,” I can generally be found playing House of the Dead 3 on two-person mode; armed with the pistol in one hand and the machine gun in the other. Nothing says “stress relief” like laying waste Rambo-style to a seemingly endless parade of the undead.

Needless to say, everyone knows better than to ring my cell phone during “killing dead things” time, which is a lot like “story time” if I had kids, only different.

But obsession went a step further to borderline mania when Netflix introduced their “instant download” option using gaming systems like the Wii and Xbox. With a bit of simple programming, a wireless modem and a $2 monthly subscription, you can choose from an impressive menu of movie options, downloading with the lightening speed I can only dream about for my laptop internet connection; such as a two hour movie in under 15 seconds.

Add this to my wet bar and bathroom, and frankly I see no compelling reason to ever come out of the basement.

However, there is one, tiny little drawback to the Netflix instant download selection. Though there are a fair number of popular movies to choose from, a majority of the selections at this early stage of the offering are, well, cheesy. 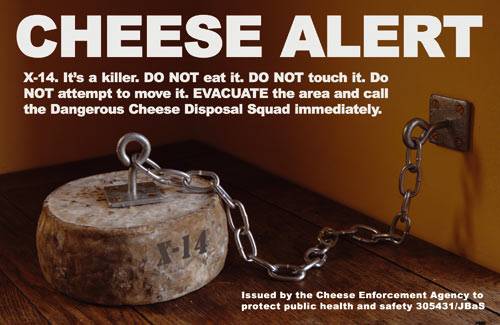 I know you believe me when I say I have nothing against cheese. In fact, I love cheese and practically have a second career telling you about the many varieties of cheese.

But when it came to the last movie night at Chateaux Goth Chick, my friends became suddenly and mysteriously cooler than me, loudly protesting the lack of recognizable movie titles or even directors and actors in the available choices, and suggesting we go out to see Piranha 3D instead.

I don’t care what year you were born, or how old you are, you cut your teeth on cheesy movies. I guarantee it. Before you were old enough to be allowed to venture forth on your own, you flipped channels on rainy Saturday afternoons and formed your view of the world through those cinema gems now relegated to local cable or TV channels.

Hear those titles today and you may hack on them in front of others, but deep down in the darkest recesses of your heart a little night-light will come on, making a tiny warm spot.

We’re all friends here, so I’ll own up to some of the titles that do that for me. I’m not ashamed, and even go so far as to say I’m proud of the life lessons I learned from these B-side attractions.

I embrace the cheese! 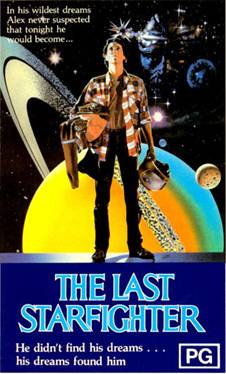 The Night of the Comet — Horror: A group of intrepid teenagers seem to be the only survivors of a comet which destroys all life on earth, but leaves all the cool, material things like shopping centers and sports cars unscathed. But horror ensues when they learn they’re sharing their 80’s paradise with a population of atomic zombies.

Life Lesson – Spending all your time at the mall will make your brain go mushy… for real.

The Last Star Fighter -– SciFi: A smart, cute, trailer-park guy staring at a dead end life and (gasp!) community college finds diversion in a video game that was mistakenly delivered to his little corner of nowhere. Turns out the game is really a test for choosing an elite group of space warriors tasked with saving the universe from an insane alien bent on death and destruction.

Life Lesson(s) – Don’t underestimate the gaming geek at your school; he / she might ultimately save the world; and bonus, they might be really hot under those glasses.

Leaving earth to be a space warrior trumps everything, even a Big Ten university. 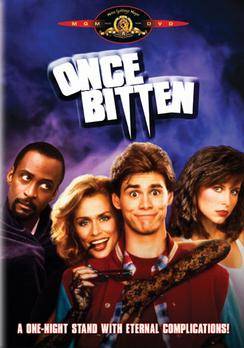 Once Bitten -– Comedy/Horror: This take on Dracula has the frustrated and still virgin Mark picking up an older woman (400 years older to be precise) and finding out “one night stands sometimes have eternal consequences.” Bonus – Jim Carey’s fifth movie ever and he gets to play opposite Lauren Hutton; reason enough.

Transylvania 6-5000 -– Comedy/Horror: Two reporters for a tabloid newspaper are sent on assignment to Transylvania to concoct stories about Dracula and Frankenstein; what they find is the real thing… sort of. Bonus – This movie is chock full of more stars in their early careers than you can shake a wooden stake at.

Life Lesson – Don’t be judgmental of other people, or monsters, or whatever.

I could go on because the more I think about it, the more titles I remember. To this day it only takes a rainy or snowy Saturday afternoon and the remote control to send me straight for the cheese.

The stupendous thing is, I now have cheese on demand.

Have your own list of comfort cheeses? You’re safe to share it here because we may be a lot of things, but we’re no hypocrites. Otherwise, you can drop me a personal note to sue@blackgate.com. But I don’t promise I won’t blast it all over the web site anyway.