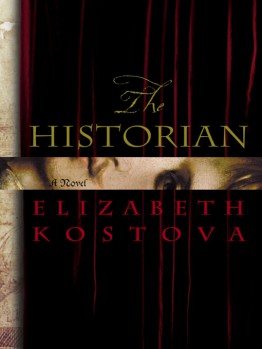 I don’t have a dislike for the vampire in general. I’ve repeatedly reminded myself about this  even as I cringe at the saturation in our culture of mediocre work based on supernatural bloodsuckers. (Do I really have to name the book and movie series at the center of this creative blood drain? Of course I don’t.) Vampires are everywhere today, and this visibility has reduced their effectiveness for me, no matter what “new” spin the artists claim they’re putting on the legend. Exceptions are out there—for example the action-packed novels of certain contributor to Black Gate—but today I actively avoid horror and dark fantasy and especially parodies using vampires. I want more werewolves and phantasms and cosmic weirdness. Specifically werewolves. I love werewolves.

I wasn’t always this apathetic about vampires. I had a great interest in vampire legendry and literature when I was in college, right at the time that Bram Stoker’s Dracula was an enormous hit in theaters. I was always focused on Dracula, and not as interested in other vampires. This is still true today; while I shrug at most vampire offerings, I’ll still pick up something about the King of the Undead. Perhaps it’s the history major in me, or my love of the Victorian Gothic, that pulls me back to the vampiric Transylvanian noble. Literary Dracula excursions I’ve taken over the past few years include Fred Saberhagen’s The Dracula Tape (an intriguing piece of literary criticism, but his heroic and misunderstood Dracula isn’t my flavor of garlic seasoning), the anthology Dracula in London (answering the question, “So what else was the Count doing in London Town when not desanguinizing Lucy and Mina?”), the history volume Dracula: Prince of Many Faces, and Kim Newman’s wonderful “Anno-Dracula” series. If you haven’t read these three novels and wonder if there’s anything out there that might make you feel a bit better about vampires in general, seek out the nearest used book service posthaste.

A sequel to Stoker’s novel came out last year, Dracula, the Un-Dead, written by Stoker’s great-grand nephew Dacre Stoker and screenwriter Ian Holt. It was marketed as an “official sequel,” although how Stoker could have authorized it ninety-seven years after his death is an interesting question—one that I hope doesn’t require supernatural explanations and going after his resting place with a wooden stake in hand. I have a copy of Dracula, the Un-Dead sitting on my “to read” shelf (actually, it’s a bunch of boxes), but I’m a little nervous about taking it up. For one thing, the reviews are poor. Our own Sue Granquist wasn’t thrilled with it, for example, and she knows of what she speaks when it comes to Gothic literature. Another thing: neither young Master Stoker or Mr. Holt have impressive credentials as authors. I wish that someone like Kim Newman had taken the job of creating an “official sequel.”

Last week, as I felt the temptation to reach for Dracula, the Un-Dead, another compulsion turned me from it to pick up another “Dracula sequel” sitting on (in) the same shelf (box), patiently waiting six months for my attention: The Historian by Elizabeth Kostova. It was one of the hot books of 2005 and received high praise from many critics, but I was probably too busy reading a Doc Savage or Spider novel at the time to notice. This is one of the curses of being a lay fantasy and literature historian—you spend so much time digging up lost treasures that you don’t see the revolution going on in the town square while you’re doing your excavating. There’s a good a bad side to this: sometimes you should pay attention to the revolution; other times you’ll get put up against the wall and shot if you do.

The Historian didn’t put me against the stucco wall and shoot me. But neither did it electrify me the way it had all those big newspaper reviewers who gush praise across front and back covers of my paperback edition. However, I can grasp its appeal in a reading world where people love Dan Brown’s thrillers based the pursuit of historical mysteries through in contemporary times. Kostova is a far better author than Dan Brown, and as a novel The Historian slams down hard most contemporary “page turner” thrillers.

But just because The Historian is better than most bestsellers doesn’t mean it’s great. Ultimately, it’s a pedestrian travelogue written through extensive letters and journals and documents, stories embedded in stories (to the point of having three quotation marks around certain exchanges—a touch extreme), but which benefits from a fantastic first three hundred pages and a great potential mystery about the continued existence of Vlad III Dracula in the modern era.

The novels feels as if Kostova started writing in a wonderful rush, thrilling along with her young and nameless female narrator as she travels Europe with her diplomatic father, Paul, and begins learning a dark and hidden part of his history, which centers on a mysterious volume found in their library that contains nothing but a print of a dragon. Kostova’s style here is hypnotic to read, and the escalation of questions in the present and the past, in Paul’s life and that of his beloved academic advisor, Rossi, are tantalizing.

Then, somewhere, and I can’t quite pinpoint the moment, The Historian decides to take a relaxed East European vacation. The urgency vanishes, the writing turns ordinary, one conversation after another passes with little advancing of the story. A few moments of fright appear—the best has already passed in that first third—but the excitement of the book leaks out like a slow trickle of blood from a vampire victim’s neck.

At least The Historian recaptures some of Dracula’s tyrannical danger by wrapping him in darkness and keeping him almost entirely off-stage. The possibility that the hunters in the present and the past may actually locate his tomb (which is indeed unknown today) is enough to keep turning through the additional six hundred pages of the lengthy novel to the end, even after the blood bloom is off the rose.

The author has done her research: none of the European locations feel false (I can personally attest to the accuracy of her description of Ljubljana, Solvenia’s capital), and the portraits of Turks and the descendants of the Byzantines who still carry the old hatreds and scars is often wonderful. I know quite a bit about the historical Vlad Dracula, and I never could find fault with Kostova’s historical analysis. But at nine hundred pages, a book requires more than the panorama of touring around Eastern Europe and imitating Stoker’s epistletory style to sustain it.

A story involving such a complicated mystery spanning hundreds and years and including the most famous supernatural villain in all literature almost begs for an anticlimax. And The Historian delivers one. The finale and solution pop up so fast that it almost doesn’t seem like an end at all. Kostova at least knows the proper coda for this kind of story.

Will I actually read Dracula, the Un-Dead any time in the near future? Reading The Historian has made it seem less likely. If I hated the book, I probably would have turned toward the Stoker-Holt sequel as possible consolation. If I had loved the book, I would have felt energized about another meeting with Dracula. But as The Historian falls in the middle for me—merely a readable piece of entertainment—I’ll probably now go read something about werewolves. Like that used copy of The Howling by Gary Brander that a friend got me for my birthday. It’s probably trash, but hey, werewolves!

I myself don’t like vampires. I don’t love wreewolves either but i much prefer them to vampires.
The only thing i’ve ever read that made me like vampires is Gail Z Martin’s chronicles of the necromancer series. I just like the ‘rules’ of how vampires in her world work. I also love her werewolves. But i think this is more from the fact the i really enjoy her writing.

“…a pedestrian travelogue…” is right! Ryan, this book was one of the worst rip-offs of all time in my reading experience. Beautiful writing, beautiful scenes, buildup, mystery all torn to shreds by mismanagement of that same mystery and the woeful conclusion. My review back in 2007 (almost as timely as your own 😉 ), was a bit more harsh than yours – http://www.jasonmwaltz.com/thoughts/2007/07/21/the-historian-kostova/

I started The Historian years ago, then went somewhere for a while where I didn’t want to take a heavy book, and then forgot about it. I think I was about a third of the way through, and always felt lightly guilty about not picking it up again. Reading this makes me wonder if I just hit that lag in the writing and lost the urgency… Otherwise, a little thing like tonnage wouldn’t have stopped me bringing a good book on my travels. Still. I probably should give it another go. Maybe in November. It seems a Novemberish sort of novel.

Make sure to set aside November AND December…

Although more costly, you could just take a tour of Bulgaria, Romania, Hungary, and Istanbul. Make sure you sit in cafés all the time, and be prepared to constantly run into someone you know who has vital information for you. Then go to a library. Then back to a café. Repeat until something happens. Resolve it quickly. Then come home.

I gave up on this one after about 50 pages after invoking the ‘life is too short’ rule.