Part One of this enthralling series is here.

Finally, I shut my big mouth and show a few cards. Novels are what it’s all about, but not just any novels. We want something immediate. We want action and adventure. And although introspection and other, more literary qualities won’t be run out of town with the imprint of my boot on their buttocks, they must never, ever slow the story down. In short, we’re after books that embody the spirit of Black Gate.

Or maybe not just yet. I have a bit of bowing a scraping to do first. A bit of wheedling and excusing, because you see, there are certain things you will not find on my list that you probably feel deserve to be there. So, let me get them out of the way before you gather up your farm implements and lay siege to my castle.

1) I didn’t pick a single book from the golden age of SF/Fantasy/pulp. Not a thing. When you go looking for these tasty, juicy works of fiction, you won’t have to carry out an archeological dig to find them. They’ll be on amazon or even right there on the shelves of your local book shop. Nor will you be selling any family members to pay for “special editions”. Personally, I’ve always regretted doing that sort of thing. Eventually.

2) You may well ask: “Where are the novels by Black Gate contributors?” Somewhere else, damn your eyes! I have a conflict of interest here, so I’ll have to let some other lucky person write about that instead.

3) And then there are all those amazing writers, like George R.R. Martin and Mary Gentle and the terrifying Scott Bakker fellow that didn’t make this list, but only because they’re slow burners, and today’s lesson is all about: NOW! NOW! NOW!

4) Finally, you’ll notice a severe lack of those cool, cool stories that I, in my stupid cretinous dumbditude [sic.] haven’t read yet. You will sigh and roll your eyes, and hopefully, add them in as comments at the end.

Legend by David Gemmell. This one is a bit of a no-brainer. Nobody does heroic fantasy better than David Gemmell. He has written dozens of great books, but Legend was his first and introduces us to ageing warrior, Druss, his most famous creation. This old man and his ragged army of failures are all that stands between the Drenai Empire and a massive barbarian horde.

The Morgaine Saga by C.J. Cherryh. A series of gates between worlds has been getting more and more unstable to the point where whole civilizations are being destroyed by them. Morgaine, a sword-wielding woman of enormous skill and power, travels from world to world destroying the gateways.

The Chronicles of Master Li and Number Ten Ox by Barry Hughart. This is the story of a wise man “with a slight flaw in his character” and his lovable peasant sidekick as they journey through a hilarious version of ancient China. Fun and sweet and a winner of the World Fantasy Award.

The Blade Itself by Joe Abercrombie. A cynical, violent tale with wonderfully nasty characters and an even nastier sense of humour. New and still warm from the oven, this is where it’s all at these days. Read it and wince.

The Fade by Chris Wooding. Is it fantasy? Is it SF? It’s hard to tell when everybody is running around a brilliantly conceived underground world trying to stay alive. An elite warrior searches for her son after her husband has been killed. This is a fast-moving, clever story. Above all, it is fresh and full of that good, old-fashioned sense of wonder. 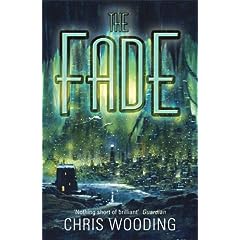 The Winter King by Bernard Cornwell. I’m sick to death of Arthurian tales, but this feels so mucky and real that it has become one of my favourite books. A few commenters last week recommended his Saxon stories, but The Winter King has a layer of mysticism and cruel magic that sets it head and shoulders above Mr. Cornwell’s usual fare. Human sacrifice? You betcha!

The Curse of the Chalion by Louis McMaster Bujold. Intrigue, dark magic and adventure, Gods and great characters. Easily as good as the best of her SF output.

The Anubis Gates by Tim Powers. This book is an absolutely amazing romp, crossing 17th century England, ancient Egypt, time-travel, monsters and paradoxes. It all wraps up neatly at the end without any dodgy contrivences. Brilliant! 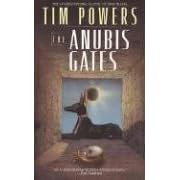 The Great Book of Amber by Roger Zelazny. If I had to pick just one book, instead of a whole list, this is the one that most resembles the fiction content of Black Gate. Snappy adventures. Derring-do. A fabulous magic system and a whole cast of brothers out (it seems) to kill each other in any way they can.

A Wizard of Earthsea by Ursula Le Guin. A fine tale about the magic of language. AWOE tells the story of a young boy’s quest to find his true name and become a power in the world. Great stuff.

The Tales of Alvin Maker by Orson Scott Card. The greatest strength of this story for me, is the world-building. The author reinvents the old Wild West and packs it full of magic. Almost every character has some special talent or ‘knack’, but as the seventh son of a seventh son, Alvin Miller jr. is destined to be somebody really special.

Magician by Raymond Feist. His first book, and for many, still his best, Magician proves that role-playing games really can be turned into great stories.

Anyway, these are my just a small selection that came to mind. Feel free to tell me I suck 🙂 Or add in a few more of your own!

I like the list what I have read of it anyway. Although I do think the Alvin Maker series moved just a little too slow; if we are talking Black Gate material.That and Card took what could have been an awesome swashbuckler like Jim Bowie and made him a dink.

I recomended Abercrombie and the Saxon Tales last week and I have the Winter King, I just haven’t read it yet. I’m gonna put that on the fast track and read it very soon. And IF you’re taking things as far back as Wizard of Earthsea,(1968) you might as well include most of the Kane tales by Karl Edward Wagner. I initially thought you were asking for recent books.

IF you haven’t read ‘Darkness Weaves’ or ‘Bloodstone’ yet then you have some reading to put on the fast track.

You make a good point: Wizard really is getting on a bit now…

And no, I haven’t read the Kane stories and thank you for the rec!

I have to admit, other than The Left Hand of Darkness, which is a great book, I have always found Le Guin to be rather tedious. I shall have to give Earthsea another try, as it’s been quite some time since I last gave it a whirl.

The Amber novels are among my favorites. They’re a bit disjointed from a structural perspective, but it suits such a divided family of deities.

The Amber books are far from perfect, but they are hugely enjoyable, which is what I was after.

Feel free to add in a rec or two of your own.