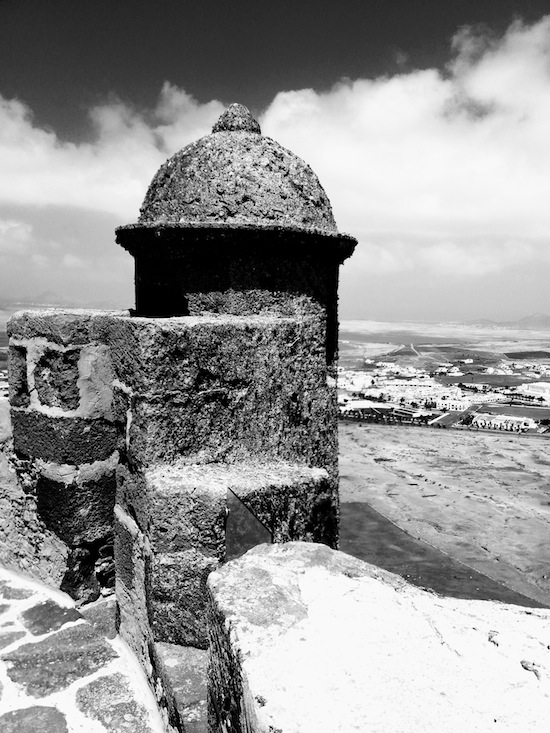 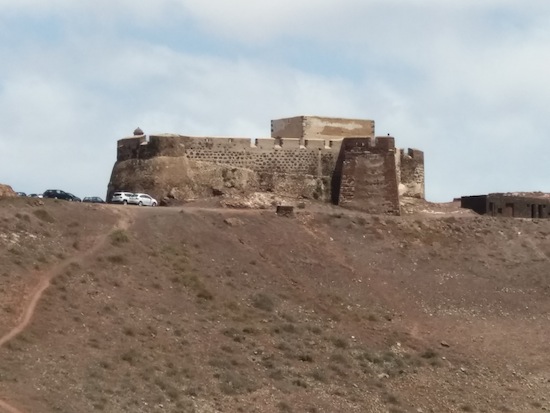 Set above the port of Teguise on the extinct volcano of Guanapay, the castle has been standing since the 15th century, built atop the foundations of a 14th century fort. It was extensively remodeled in the 16th century and remains in excellent condition, a fine example of Spanish colonial fortification. It remained in use until relatively recent times, housing a supply of homing pigeons for the Spanish military as recently as 1899. 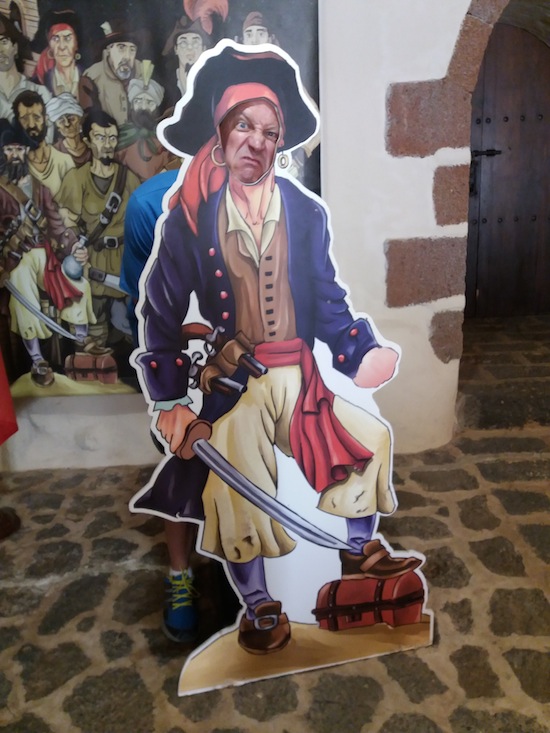 It’s hard to keep your dignity in a piracy museum.
Photo courtesy MigueltheBest.

Lanzarote is part of the Canary Island chain off the coast of Western Sahara. Colonized by the Castilians in the early 15th century, it served as a stopping point for Spanish ships sailing to the New World. The shipments of gold from returning to Spain were regularly attacked by Barbary and European pirates. The pirates from the Barbary coast in North Africa also attacked the islands themselves in order to carry off people to the slave markets. One raid on Lanzarote in 1618 took away 900 people. 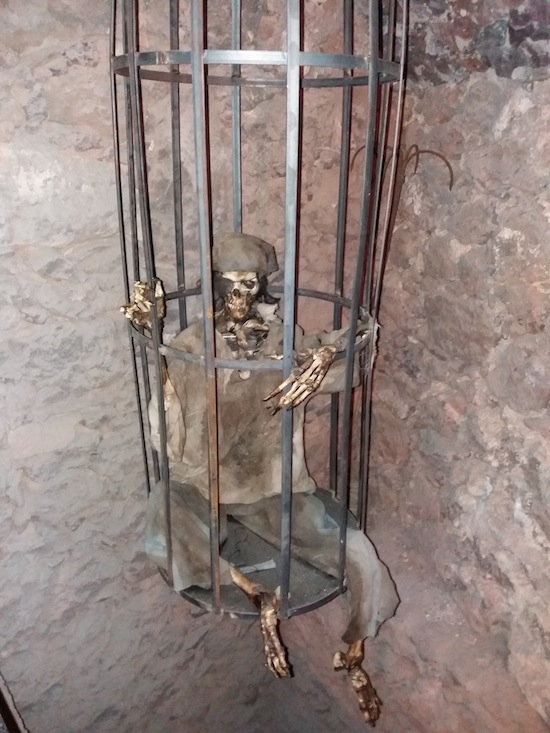 The castle offers sweeping views of the island and the Atlantic, and the fortification itself offers some interesting insights, such as the unusual drawbridge configuration you can see in the photo below.

So if you’re in Lanzarote for vacation (it’s a popular spot for the British), you might want to give the piracy museum a try. While the adults in my group were underwhelmed by the displays, my eleven-year-old son and fourteen-year-old nephew loved it. 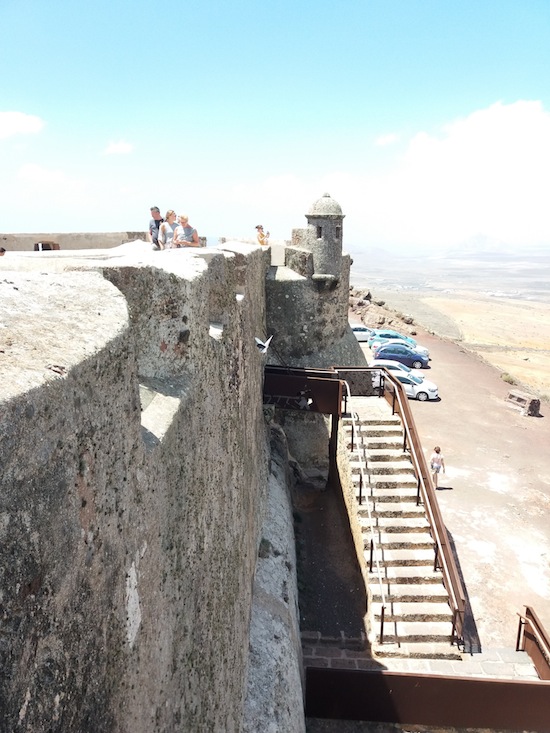 The summit of the volcano didn’t allow enough room to build
a moat, so the Spanish separated the stairs from the
entrance and put the drawbridge above ground

Click the link to read more about the pirates of the Canary Islands. For more Spanish colonial architecture, including a 17th century fort, check out my post on Larache, Morocco. You might also like my post on Asilah, Morocco, home to the last of the Barbary pirates. 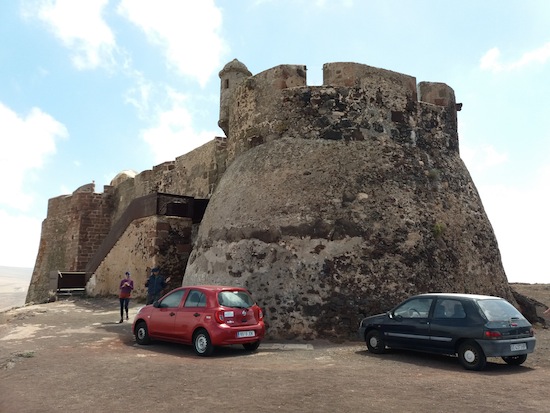