While Robert E. Howard is perhaps best known for creating Conan, he had his share of occult investigators of one stripe or another. There was Steve Harrison of River Street, Solomon Kane with his fiery Puritanism and cat-headed ju-ju staff and, of course, John Kirowan.

Kirowan is of an age and appearance with a number of Howard’s other characters, being tall, slender, brooding, and black haired — a Celt of the modern age. Sorrow hangs about him like a shroud, and his history is tragic. Though few agree on what form said tragedy might have taken, all believe that it has something to do with the years that he spent studying the occult arts in the black hills on Hungary and the secret places of Inner Mongolia.

What is known for certain is that Kirowan renounced these studies, and assumed the guise of a sceptic. But, when the nightmarish denizens of diabolical realms intrude upon the lives of his friends and companions, John Kirowan shows his true colours, and the haunted wanderer once more thrusts himself between the innocent and the devils in the dark.

-John Kirowan, “The Haunter of the Ring”

Kirowan appeared in six stories between 1931 and 1986-“The Children of the Night” (1931), “The Haunter of the Ring” (1932), “Dig Me No Grave” (1937), “Dermod’s Bane” (1967), “The Dweller Under the Tombs” (1967) and “Dagon Manner” (1986). While the first two appeared in Weird Tales during Howard’s lifetime, the final four were posthumously published by various magazines. Of those, the last, “Dagon Manner” (1986), was a beyond-the-grave collaboration between Howard and CJ Henderson, a man with his own impressive line-up of occult detectives, and based on an unfinished fragment of Howard’s. A seventh story, “The Thing on the Roof” (1932), is often included in the list, though it’s unclear whether the narrator is meant to be John Kirowan, or his occasional amanuensis, John Conrad. 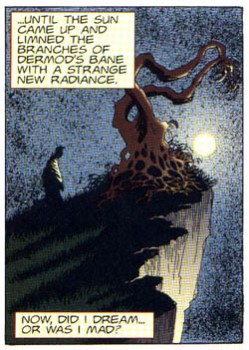 Conrad is a curious feature of the Kirowan stories. It’s obvious he’s meant to play Watson to Kirowan’s Holmes (or more likely the Dr. Trowbridge to Kirowan’s De Grandin), but Conrad is in many ways a reflection of Kirowan, rather than a sidekick. Conrad is a dedicated occult aspirant, hunting for lost lore and engaging in magical folly as Kirowan himself once did. Reading the stories, one gets the impression that Kirowan is, in a sense, attempting to steer his more impetuous friend into less hostile waters. Kirowan, after all, has seen what waits at the end for those who walk the occult road, and knows better than anyone the price that must eventually, inevitably be paid.

Unlike many occult detectives, Kirowan is, at best, a reluctant hero. In many ways, he reminds the reader of the archetype of the retired gunfighter, who refuses to strap on his guns until the final reel, when he once more must take up his pistols and deal certain death to those who have pushed him to the point of no return. And like the gunfighter, Kirowan on the prod is a terrible sight to behold, prone to the berserk ferocity and ruthless abandon that was the hallmark of many of Howard’s characters, though with far more unpleasant consequences.

By and large, however, Kirowan hugs the background of his stories, letting Conrad do most of the talking. The two men share an interesting symbiosis, with Kirowan generally content to stay out of whatever dark occurrence has reared its head until Conrad gets him involved, usually by getting into trouble himself. Kirowan is a reluctant hero, and given the world he lives in, it’s easily understandable why. 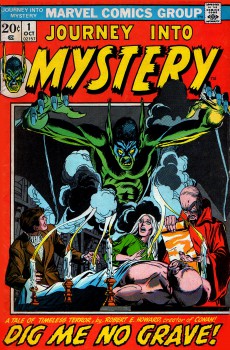 Kirowan, as a character, exists firmly rooted within HP Lovecraft’s Cthulhu Mythos, with all of the nihilistic horror that that entails. Kirowan, alone among his friends, knows what horror huddles behind the mask of yellow silk worn by the High-Priest-Not-To-Be-Described and what obscene battle is marked at the site of the Black Stone. Kirowan knows what unseen hands strangled Von Junzt in his locked room for he has felt them on his own neck. Is it any wonder that he’s a grim and melancholy soul?

In effect, Kirowan is a sad sort of figure…a man burdened by his knowledge, and one who understands that what he knows could easily lead to death for those he associates with. His only solace and human companionship is found within the eccentric and esoteric halls of the Wanderer’s Club, where he hides from society at large and buries himself in study, refusing to acknowledge the darkness that surrounds him until there is no other option.

Indeed, so reluctant is Kirowan that he plays the hard-nosed sceptic in most matters. He conceals his knowledge behind a mask of disbelief and (perhaps not entirely) feigned distaste, sniping and snapping at those who seek his help like a cranky mystic in a questing tale. But when the menace becomes unavoidable, he ceases playacting and gets down to business. There’s a bit of John Silence about Kirowan at these points; a sort of otherworldly poise that comes into play at the climax of the stories.

Like Silence, Kirowan possesses preternatural senses and a knowledge and iron will that far outstrips that of his more adventurous companions and these, rather than scientific tricks or occult paraphernalia, are his tools in confronting the unnatural.  Kirowan faces down the horrors in the dark as only one familiar with them can, refusing to blink even as the horrors advance on all sides.

If you’re interested in reading the stories for yourself, several of them are freely available on Project Gutenberg Australia, and all of them are collected in The Horror Stories of Robert E. Howard from Del Rey.

Josh Reynolds is a freelance writer of modest ability and exceptional confidence. His sword & sorcery novel, Knight of the Blazing Sun is due for publication by Black Library in 2012. In other interesting facts, he once accepted a goat in lieu of monetary compensation. It was delicious. Feel free to cast aspersions on his character at his blog, HUNTING MONSTERS.

Speaking of The Horror Stories of Robert E. Howard, I picked it up for a surprisingly cheap price last year considering the number of pages. The illustrations by Greg Staples seem to fit the mood of Howard’s style very well. One of the stories I liked best was “The House of Arabu,” an unsung masterpiece of his with early hints of Conan. I know that “Pigeons from Hell” is supposed to be highly regarded by Stephen King, among others, but it didn’t quite strike a chord with me. (I thought “Black Canaan,” for example, was better.) Maybe that’s not surprising, since King’s taste has never been my taste.

Thanks, glad you liked the article.

And I enjoy both “Pigeons from Hell” and “Black Canaan”. Being a southerner, both strike several (occasionally uncomfortable)chords with me as a reader.

Though if I had to pick a favorite, that’d be “The Horror from the Mound”…

[…] Satanic Knight, and he is as ruthless and as determined as any templar. As with Anton Zarnak or John Kirowan, there is, at times, a hungry, sinister cast to Van Helsing’s crusade. A sense that though he is […]

[…] From the outset, it is clear that Crow inhabits the same deadly universe as Inspector Legrasse or John Kirowan, where elder entities prey on an mostly unaware human population; but unlike the former, Crow is […]

“The Haunted Wanderer” « THE ADVENTURES OF THE ROYAL OCCULTIST

[…] the outset, it is clear that Crow inhabits the same deadly universe as Inspector Legrasse or John Kirowan, where elder entities prey on an mostly unaware human population; but unlike the former, Crow is […]

[…] his predecessors, who are, in most cases, passive victims of the horrors they encounter. Unlike John Kirowan, who has seen the audient void and been frightened by it into a haunted and semi-reclusive […]

[…] is little doubt that that ruthlessness served de Grandin well. Unlike the dour John Kirowan or the unfortunate Laban Shrewsbury, de Grandin never met an enemy he could not out-think, […]