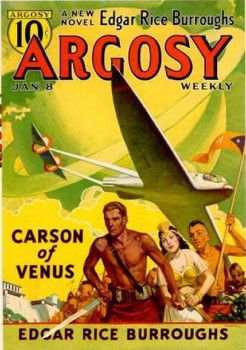 END_OF_DOCUMENT_TOKEN_TO_BE_REPLACED

Last week, I talked about superhero webcomics, and there was some fun discussion in the comments about superheroes and fantasy and where those genres meet. Fritz Freiheit also pointed me in the direction of his slightly out of date “A Brief Overview of Superhero Fiction,” which means I’m going to have a bunch of novels to add to my TBR pile. But prose and comics aren’t the only homes of superheroes: there are a handful of interactive fiction games that let you become a super yourself. Lest you think I play a vast majority of my interactive fiction games from Choice of Games (disclosure: actually, that’s true, but I do try to diversify for this column), in this spotlight, we have two superhero games to compare and only one is from Choice of Games.

Heroes Rise: The Prodigy is the first Heroes Rise game by Zachary Sergei. (The second, Heroes Rise: The Hero Project, I have yet to play.) In it, you are a beginning hero, just on the verge of getting your license to be an official hero in Millennia City. You live with your grandmother, who has a Power with plants, because your superhero parents were arrested for the accidental killing (the court said “murder”) of a supervillain. Your family relationships are fraught, but you’re getting ready to take Millennia City by storm.

END_OF_DOCUMENT_TOKEN_TO_BE_REPLACED

There’s a strange divide between superhero fiction and the rest of SFF. It may be because superheroes started out in comics. Almost all the tropes — the spandex, the tights, the rules of combat enforced by the Comics Code of the 1950s — come out of those comic book origins. As more and more superheroes hit the big screen, it hasn’t been surprising to see them in novels, some of them on the literary side of SFF (like Austin Grossman’s Soon I Will Be Invincible, Carrie Vaughn’s “Golden Age” books), and many of them looking at how those tropes play out when you’re not in a visual medium.

So how do you classify superhero webcomics that play with the tropes in the way that those SFF novels have done? Are they fantasy or are they superhero comics, or are those lines really more fluid than the divisions warrant? Either way, three of my favorite webcomics are superhero comics and all of them look at the genre in a way that questions our assumptions about how superheroes work.

What happens when a superhero gets married to a nice, normal girl — and what kind of strengths does it require to be married to someone with a secret identity? What does it matter if you can kick butt and take names if you’re not contributing to solving the big world problems? What is it like to be an 8 year-old superhero? Keep reading and find out how three very different comics are looking at superheroes (and why you should be reading them).

END_OF_DOCUMENT_TOKEN_TO_BE_REPLACED

In the 1980s, two graphic novels (ah, I remember when I first heard that term in junior high) changed forever the perception of serial art as a form of literature: The Dark Knight Returns by Frank Miller, and Watchmen by writer Alan Moore and artist Dave Gibbons.

Appropriately enough, less than a year after a film called The Dark Knight (not based on the graphic novel, but showing its influence) helped shift viewer’s perceptions of what sort of movie a comic book hero can appear in, a long-awaited adaptation of Watchmen also hit the screen. We have entered a new era in the comics-to-film genre, and this double-punch will raise the bar for all future movie versions of graphic novels and superhero tales.

A significant difference between The Dark Knight and Watchmen, however, is their relation to the source material. The Dark Knight draws off a character with an enormous history and multiple interpretations, and it uses this variety to create an original story. With Watchmen, the movie has a singular source which fans hold with the same reverence as other people—depending on their orientation—hold the Torah, the New Testament, the Bhagavad-Gita, the Qur’an, Hamlet, The Lord of the Rings, or Atlas Shrugged. (If your name is Rorschach and you wear a constantly shifting inkblot mask, I guarantee it’s Atlas Shrugged.) A Batman film can do many different interpretations, while Watchmen has to adhere to one… with variations for the new medium.

END_OF_DOCUMENT_TOKEN_TO_BE_REPLACED

I’m not what you’d call a comics guy — I don’t have a set of first editions in acid-free bags in the closet, I couldn’t tell you who the Fantastic Four are, or even distinguish between Marvel and DC (though I’m pretty sure Spiderman is in one camp, and Batman in the other). But I’ve always liked and respected the medium, and the rise of the graphic novel has made sampling the best of what comics has to offer convenient for casual fans like me. So, when I spotted a recommendation in an online forum for Planet Hulk, a graphic novel in which the big green superhero takes on the role of John Carter in a sword and planet epic, I was intrigued, and made an impulse purchase. I’m glad I did.

Planet Hulk is a compilation of Hulk #92-105, with further material from other special releases, and a wealth of supplemental art and background info rounding out a hefty hardcover. Lifted straight from the comic, Planet Hulk is clearly a slice of the ongoing story of the Hulk; a story of which I was wholly ignorant before jumping into this graphic novel. But that didn’t prove to be a problem.