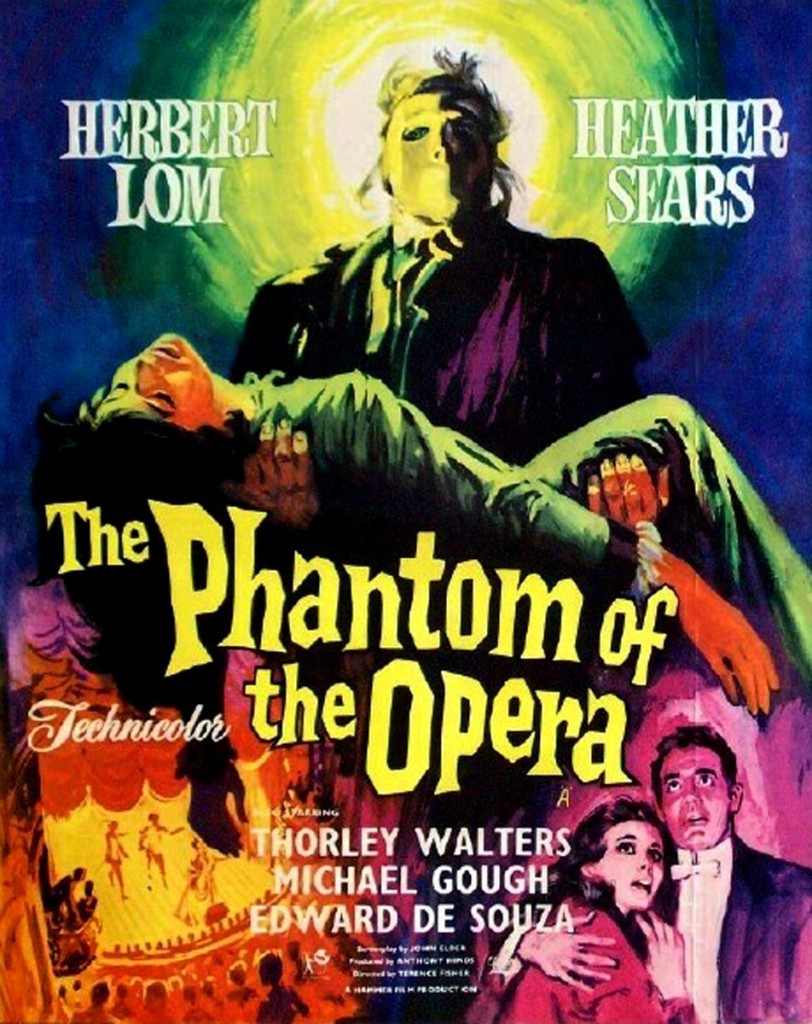 Ah, October. That means nothing but Hammer Films. All Hammer Horror, All the Time! So let’s start off with one that’s … not so great. (Gotta build up the suspense.)

Once Britain’s Hammer Film Productions received full permission from Universal Pictures to raid their box of monster goodies, a Phantom of the Opera movie was a certainty. Universal had twice adapted the 1910 Gaston Leroux novel. The first is the most famous version, the 1925 silent classic starring Lon Chaney Sr. in his signature role. Its unmasking scene is one of the first iconic horror movie images. Universal mounted a lavish color remake in 1943 with Claude Rains as the phantom, but the musical production numbers were pushed to the front, making for incredibly anemic horror.

Almost twenty years later, the time was right for a new version, and Leroux’s Phantom of the Opera was perfect material for Hammer’s luxurious Gothic style, its seasoned horror director Terence Fisher, and an ideally cast Herbert Lom as the Phantom. But even with this talent involved, The Phantom of the Opera was poorly received in 1962 when it was released on a double bill with Captain Clegg, a period adventure picture about smugglers. The film still maintains a lower profile than other cinematic Phantom adaptations, both literal and loose, of the story of a tortured and murderous composer beneath the Paris opera house. Or, in this case, a London opera house.