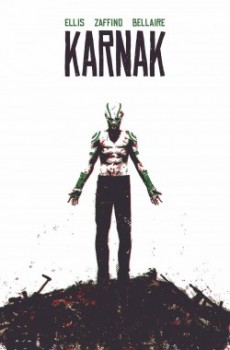 It’s the best part of the reading experience to run across a story with a new voice. Warren Ellis, of The Authority and Transmetropolitan fame, has assumed various voices, but I love his newest one: the narrative perspective of Marvel’s Karnak the Shatterer, a character associated with the Inhumans.

The Inhumans, created by Stan Lee and Jack Kirby, have been around since The Fantastic Four was in double-digits. Some of you may recall that Karnak is the one with the big head and the super-effective karate chops because his special talent is finding the structural flaws in things.

(Although, to be accurate, Karnak isn’t technically an Inhuman because was never exposed to the Terrigen mists — bring that up at a dinner party for a No-Prize!)

Over the years, Karnak’s powers and perceptions have expanded to include seeing the flaws in arguments, concepts, and people. His greatest achievement is finding the flaw in death, thereby returning from the dead.

It may sound a bit blithe to say it that way, but Karnak’s philosophical viewpoint has been strengthened over the years and bears some thematic resemblances to people like Iron Fist’s warriors of K’un-Lun or the Ancient One (of Dr. Strange fame).

The Inhumans of course, have been increasing in their importance in the Marvel Universe. I’ve seen internet theories that Marvel is downplaying the X-Men while up-playing the Inhumans, because Marvel doesn’t hold the X-Men movie rights.

END_OF_DOCUMENT_TOKEN_TO_BE_REPLACED 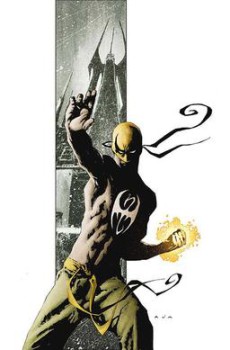 Marvel’s Iron Fist has not traditionally been one of those characters that attracted me. I first encountered him in a second-hand Power-Man and Iron Fist I got in my first year of collecting comics in 1981.

I didn’t get the odd-couple humor, nor the 1970s movie aesthetic that drove the creation of these heroes. Maybe I just wasn’t ready to dig a character who wore slippers. In my defense, I didn’t cotton to Karnak of the Inhumans either. So maybe it’s was the karate chops. 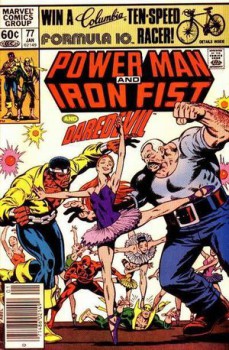 As a teen, I was briefly and underwhelmingly exposed to the black and white magazine-sized martial arts books Marvel published in the 1970s. The only positive sound I ever made when Iron Fist showed up on my radar was when he was drawn by John Byrne and when he briefly crossed paths with the X-Men.

That all changed for me in a 2006-2009 run of The Immortal Iron Fist written by Ed Brubaker, Matt Fraction, and Duane Swierczynski, and pencilled by Travis Foreman and David Aja. Why?

Before 2006, a few things were clear about Danny Rand, the Iron Fist. He was trained in the mystical city of K’un L’un after the deaths of his parents. He is one of a long line of successive possessors of the Chi force that he got from the Dragon of K’un L’un. His arch-enemy is the Steel Serpent, a bit of a bad apple from K’un L’un. It’s a tight superhero set-up, and to my taste, a bit tepid.

But in “The Last Iron Fist Story” (issues #1-6 of the Immortal Iron Fist), Brubaker and Fraction reveal that Danny is not the only living Iron Fist. His predecessor is still alive and kicking (sorry…); he’s been hiding in an opium haze for decades.

When the enemies of K’un L’un find him, he has to leave opium, in anticipation of something called the Tournament of the Seven Capital Cities.