“Yuli” is a character study of a mercenary who has retired and is taking care of his teenage grandson. Unexpectedly living in a small house in the US, Yuli has allowed himself to lose the edge he held as an elite mercenary. He sits around his house all day, chain smoking and drinking, occasionally eating at a local diner where some other former mercenaries get together. He listens to his grandson playing a fantasy role-playing game as their conversation comes up through the house’s vents, not fully understanding what they are doing.

Although the role-playing sessions in which the party is preparing to go up against a dragon seems almost like a non sequitur grafted onto the story, Abraham actually builds it as a parallel to Yuli’s own life, with Yuli taking on the role of the first dragon, Aufganir.

Yuli’s life is turned upside down when one of his former companions, Wrona, warns him that some people who they upset several years earlier may have discovered where they are living. Abraham isn’t overly concerned about Wrona’s well-being and, aside from a flashback, he promptly disappears from the story after delivering his warning, but the news wakes Yuri from his dragon-like stupor and he quits smoking and drinking, focusing on getting back into shape, and building up his situational awareness, mirroring the role-playing his grandson’s friends are doing in the basement. END_OF_DOCUMENT_TOKEN_TO_BE_REPLACED

Daniel Abraham won the International Horror Guild Award for his story “Flat Diane” in 2005. The story was also nominated for a Nebula Award. His story “The Cambist and Lord Iron: A Fairy Tale of Economics” was nominated for the Hugo, World Fantasy, and Seiun Awards. Abraham has two additional Hugo nominations in collaboration with Ty Franck using the pseudonym James S.A. Corey for their novel Leviathan Wakes and for ther series The Expanse, which has been turned into a successful television series. Abraham has also published using the names M.L.N. Hanover and Daniel Hanover. In addition to his collaborations with Franck, he has collaborated with Gardner Dozois and George R.R. Martin, Susan Fry, Michaela Roessner, Sage Walker, and Walter Jon Williams.

“Pagliacci’s Divorce” was published in The Magazine of Fantasy & Science Fiction, edited by Gordon van Gelder in its December 2003 issue. The story has never been reprinted.

Although “Pagliacci’s Divorce” is built around a sting operation based on Pagliacci’s ability to help create fake phenotype cards of illicit purposes, it really focuses on the relationship between Pagliacci and his ex-wife, Carly, whose current husband, Damon Weiss, is the target of the sting. Law enforcement uses people like Pagliacci as informants in return for letting them continue to run their scams and in this case has found a connection to a larger fish.

Abraham builds a complex relationship between Pagliacci and Carly, which points out that a divorce, even when children are not involved, does not necessarily sever the couple or their relationship. Yes, Carly has married a new man, but she and Pagliacci still have a relationship that can be leveraged, even if she is unaware of the way she is being used. However, even as Pagliacci realizes that he has to permit law enforcement to use him to get to Carly’s husband, he also knows that there are ways he can subvert the process because of his own attachment to her, the same attachment they are so adamant to use.

END_OF_DOCUMENT_TOKEN_TO_BE_REPLACED 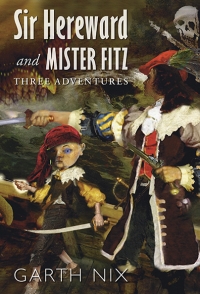