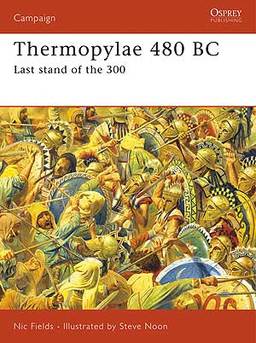 Although publishers don’t like to admit it, there is a large amount of luck involved in the sales of most books. No one really knows when (or even how) a book is going to catch fire in the public imagination and charge to the top of the bestsellers list. Publishers can help. They can advertise; they can push to get the book on the shelves, but they can’t make the public buy it.

In many ways, Osprey Publishing relies less on luck than most publishers. Since most of our books are based around long-running series that have an established following and fan base, we can generally predict, with some degree of accuracy, how well a given book will do. That said, sometimes we are surprised. Personally, I’m still baffled as to why Warships of the Anglo-Dutch Wars 1652-74 has sold so well. And sometimes, we are just lucky…

A few years ago, we published Thermopyale: Last Stand of the 300 right about the same time the movie 300 came out. Sales for the book went off the charts. Not too long after, we released Zombies: A Hunter’s Guide right about the time The Walking Dead first hit television screens. Another instant hit.

This leads to the obvious question: Why don’t we time our books to come out at the same time as big budget movies or television shows? Oh, we’ve tried. And we’ve been burned. In the book trade, it is necessary to announce your book at least a year before publication if you want it seriously considered for placement in the stores. Now, movie releases are usually announced even sooner than that, but they often don’t stick to their release dates.

END_OF_DOCUMENT_TOKEN_TO_BE_REPLACED 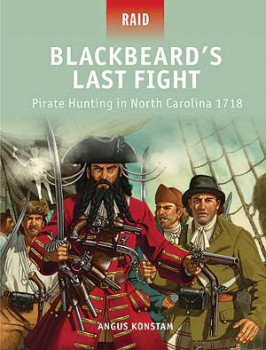 Osprey Publishing is best known for its long running series of illustrated military history books. Over the last forty years, Osprey has covered every era of warfare from the earliest recorded battles in Ancient Egypt right up to today’s Special Forces.

Modellers, role-players, wargamers, authors, and even professors have all used our books as reference tools.

For the last seven years, I have been lucky enough to work for Osprey Publishing, and although my job has changed greatly over the years, my enthusiasm for our products has not.

Even for someone like myself, that comes out of a fantasy role-play and writing background, I find Osprey has a lot to offer. So, when John suggested I write a blog about some of the interesting books coming up from Osprey, I jumped at the chance.

Now, Osprey has over 100 books coming out this year, so there isn’t time to talk about them all.

Instead, I thought I might just highlight a few that I thought would be of particular interest to Black Gate readers. So here we go…

Probably my favorite series from Osprey over the last few years has been RAID. These books tell the story of small unit actions and aren’t necessarily limited to the strict confines of military history.

For example, two titles coming up in the next few months have really caught my eye.  The first is Blackbeard’s Last Fight: Pirate Hunting in North Carolina 1718.

END_OF_DOCUMENT_TOKEN_TO_BE_REPLACED 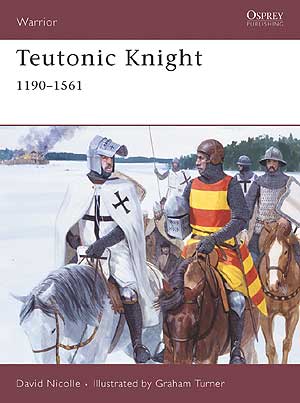 What if one day you woke up and found yourself in charge of a publishing imprint?

You had financial backing, the support of an experienced production and marketing team, and a wide-open remit. You also had the weight of a lot of expectation.

Well, about a month ago, this happened to me.

My name is Joseph McCullough, which some of you may recognize from Black Gate. At various times I have worked as an author and an assistant editor for the magazine, and I continue to be a fan and supporter.

I have also recently been made the Project Manager for Osprey Adventures, an imprint of Osprey Publishing.

I mentioned my new position to John O’Neill, and he kindly invited me to write a series of blogs about my experiences in the publishing world, and my trials and tribulations as I attempt to bring some new, fun, semi-fantasy books to market.

For those who don’t know, Osprey Publishing is arguably the most famous publisher of military history in the English language.