It was 1926 when author A. A. Milne (1882-1956), wrote the children’s classic Winnie-the-Pooh followed two years later by The House at Pooh Corner. Now, as we approach the 100-year anniversary of the creation of the cuddly, inspiring bear of our youth and his little pink sidekick, two things have happened. First, according to US copyright law, Milne’s creations became public domain when they turned 95 years old and two, Milne is spinning in his grave like a rotisserie ham.

Though Pooh and friends were officially licensed by the Walt Disney Company in 1961, resulting in films and merchandising, all that went straight out the window earlier this year. A British, indie-film production company called Jagged Edge pounced on the newly instated public domain decree to reimaging all the characters in a wholly different and definitely “adult” way.

Welcome to Winnie-the-Pooh: Blood and Honey. 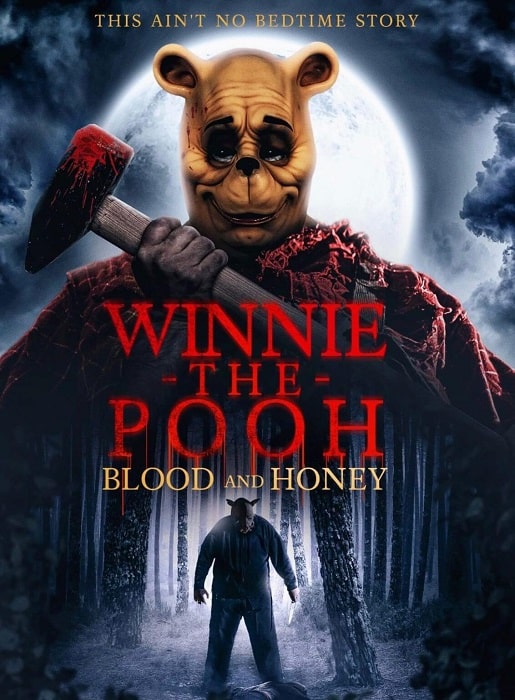 WtP:B&H is an extremely low-budget, extremely violent take on Milne’s beloved children’s story that became rather a viral sensation over the summer, when stills were released. Though it was originally going to be a straight-to-streaming property, audience reaction propelled it to a limited theatrical run.

I can’t believe I’m doing this, but here’s the trailer…

As you probably gathered, in this version of the classic story, Christopher Robin grew up and went to college, abandoning his old friends, which then leads to Pooh and Piglet embracing their inner monsters. Director Rhys Frake-Waterfield, who has a lot of indie horror under his belt, recently told Variety,

Because they’ve (Pooh and Piglet) had to fend for themselves so much, they’ve essentially become feral. So, they’ve gone back to their animal roots. They’re no longer tame: they’re like a vicious bear and pig who want to go around and try and find prey.

So, to be crystal clear, this isn’t about a psycho in a Pooh costume. This is actually about Pooh and Piglet going all Michael Meyers. Waterfield also noted that while Tigger and Eeyore won’t appear in the movie due to copyright issues (Disney still owns them for now), the story in his mind is that Pooh and Piglet ate them both somewhere along the way. 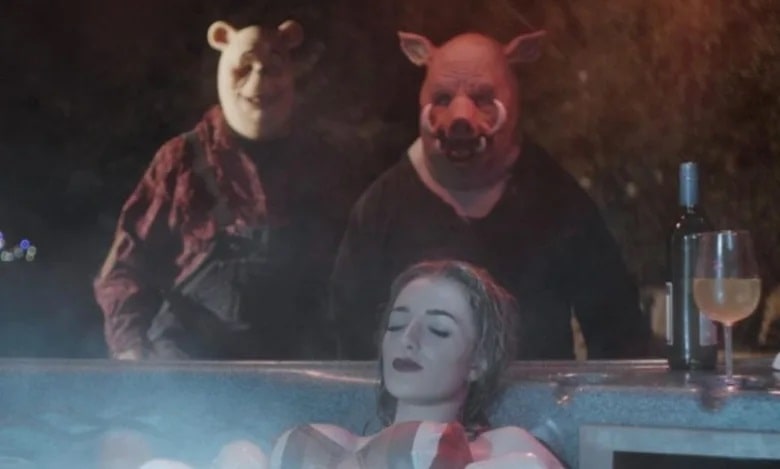 WtP:B&H is coming to US theaters on February 15, 2023 courtesy of a one-night-only screenings from Fathom Events, and in case you don’t want to bother getting dressed, you should be able to screen this one at home virtually the same day. Amazon Music even has a Winnie the Pooh: Blood and Honey Ultimate Fantasy Playlist to get you in the mood early. What this tells us is that ever since we were all home in front of our screens for a year due to Covid, audiences have more pull then ever when it comes to what makes it on the big screen, though whether we are capable of making good choices is a whole other question.

Another recent example in the horror genre is 2016 indie film Terrifier which went straight to streaming. Fans made it such a cult classic that not only did a Terrifier 2 get made with higher production values, but it too had a limited cinema release in October this year. 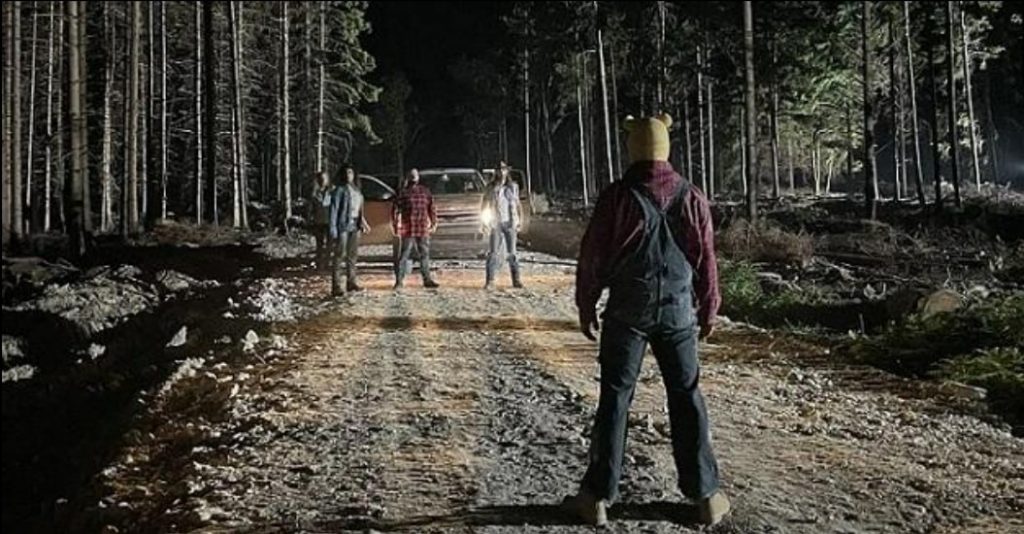 In this case WtP:B&H can not only boast huge interest in the film helping lead to a theatrical release, but it’s also seen the production expanded with additional shoots. Frake-Waterfield is now planning Winnie-the-Pooh: Blood and Honey 2, while also prepping for another twisted take on a children’s tale, Peter Pan: Neverland Nightmare.

What a time to be alive.

Thanks, GC. You’ve officially made me feel like a cranky old “Get off my lawn!!” geezer.

TPark, though I love indie films generally, I don’t think this is something you, I or pretty much anyone needed. You go ahead and yell; I’ll stand behind you shaking my fist…