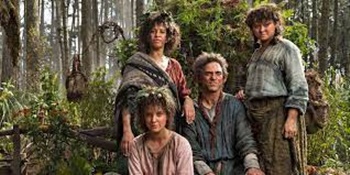 I eagerly tuned in a couple weeks ago to watch the Georgia – Tennessee game. Having beaten Alabama in one of the most exciting games of the season, the Vols were ready to establish themselves as the new kid on the block and hit the College Football Playoff like Mt. Vesuvius exploding. Yeah… I’ve always liked the phrase, “The moment was not too big for him.” This was the biggest moment in Tennessee football since Tee Martin took them to the 1998 national championship. I liked Martin and I wish the Steelers had kept him longer as a backup QB after drafting him.

Anywhoo…the moment was WAAAAY took big for Hedron Hooker (and the rest of the Volunteers). That game was over midway through the first quarter. Tennessee simply was not ready to deal with a focused Georgia team, on the road. They got spanked. I’ve got over a thousand words on Numenor for this series. But I still can’t get it shaped and dialed in. So far, Numenor is too big for me. So, I will keep working on it (the reading alone is taking hours) for another week.

Which leaves me on Sunday morning searching for a new topic. I’m gonna get the harfoot thing out of the way. Following the proper format, THE GOOD was going to be that they killed a harfoot in the season finale.

THE BAD was everything else about them being in the series.

My hardback copy of the Silmarillion is 311 pages (including Tables). The book proper ends on page 304. And the ONLY reference to hobbits in the ENTIRE book is on page 303. That’s it, except that it continues to the first paragraph of page 304. Harfoots and hobbits had nothing to do with the First and Second Ages. But here they are, dead in the middle of the Rings of Power. For those of us who don’t like hobbits, their presence is the worst part of the show. And TOTALLY unnecessary.

I am a huge fan of Tolkien, and of his disciple, Dennis L. McKiernan. They both prominently feature hobbits/warrows in their epic fantasy worlds. I like them anyways. But they’re it. Howard, Eddings, Feist, Erickson, Cook, Moorcock, Jones, Lieber, Donaldson, the Hendees, Jordan: no hobbit-ish creatures in all my other favorite fantasy series’.

Rings of Power was my chance to get to watch Tolkien, without hobbits. And it was the way he actually wrote this story. But nope – the show runners said in an interview that you can’t have Tolkien without hobbits. No – you can. They were just afraid to try. 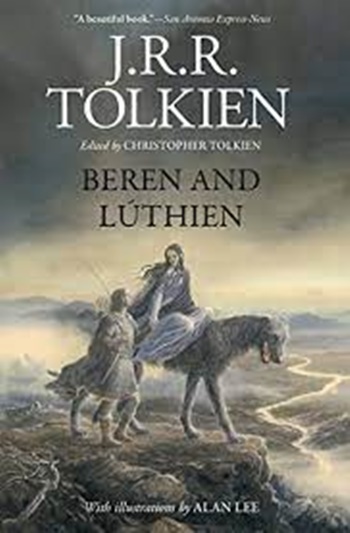 Of course, they can make The Stranger be Gandalf. And his bond with Nori would help explain his fondness for hobbits. That would of course not be Canon, as Gandalf wasn’t in Middle Earth when the Rings were forged. But loose and fast with Canon is not uncommon in the show. But I don’t think The Stranger is Gandalf – that’s just a red herring. And the harfoots are not backstory for Mithrandir.

Did the harfoots migrate like they do in the show? It’s barely mentioned in Tolkien’s writings, but yes, they did do a migration. They are only mentioned in The Prologue to The Fellowship of the Ring, and the three early types of hobbits are mentioned in Appendix B of The Return of the King. Over a thousand years into The Third Age. That’s it.

Hopefully if they ever make a movie about Beren and Luthien (which could be AMAZING), they won’t put hobbits in that.

Nori is heading off east with The Stranger, to the lands of Rhun (which is in Tolkien, though with little information). Hopefully this means there will only be one harfoot in season two. There is no reason to keep the now completely irrelevant tribe in the show.

Everything with Arondir has been made up for the show. Same with Bronwyn. And Adar. And Halbrand is a loose and fast change from Tolkien (though, done okay); the whole Southlands thing is made up as well. Mithril saving the Elves is ENTIRELY made up. Elrond and Durin it total speculation. But adding the harfoot story line whole cloth is by far the most egregious fan fiction of season one.

Hobbits in are irrelevant to the story being told in The Rings of Power, and their inclusion was unnecessary. And they played no part in this portion of Tolkien’s actual writings. It would have been a better series without them.

Back to researching Numenor: a much more pleasant topic.

“The good was going to be that they killed a harfoot in the season finale.” That right there is Gold! Thanks for a good start to my day, Bob!

Heh heh. I know that’s pretty over the top for me. And I try not to write that type of stuff here at Black Gate. But this show was my chance to get Tolkien without hobbits in it. And the show runners burned that completely to the ground.

I hope that animated Helm Hammerhand Rohan movie coming doesn’t stick hobbits in. They had nothing to do with that story, but that doesn’t seem to matter…

I have to agree with you, Mr. Byrne. “Unnecessary” is the kindest thing one could say about hobbits in the Rings of Power.

An animated telling of the story of Helm Hammerhand? Who is doing that? (and could they please not screw it up).

I think the animation style will be the crux of how people take to this.