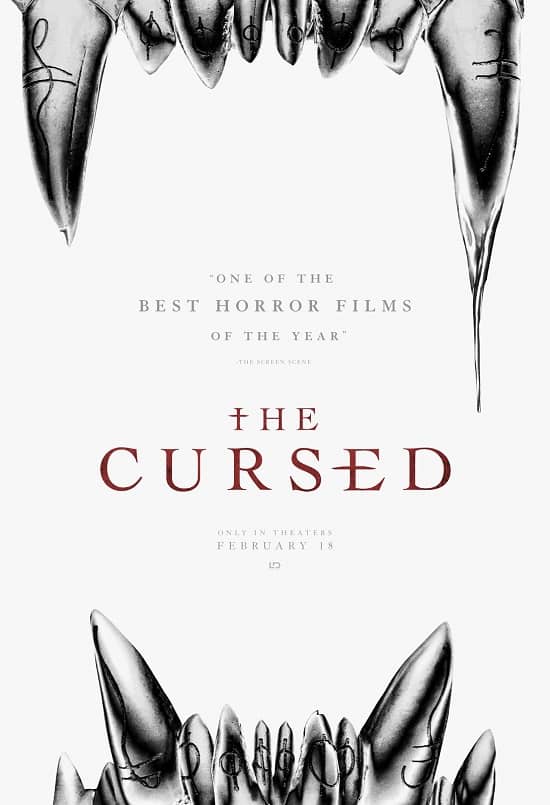 October is, unsurprisingly, my favorite month of the year for all the reasons you would suspect. And though tucking into a new scary book or movie is a pleasure I indulge in throughout the year, October is the month I make very deliberate entertainment choices. My goal for each day of the month is to revisit my favorites while seeking out new works as well.

For instance, in homage to the great Peter Straub who we sadly lost in September, I have reread the only novel which still manages to scare the crap out of me regardless of how many times I’ve read it; Ghost Story. I have rewatched Sleepy Hallow, Halloween, American Werewolf in London and Fright Night (both the original and remake).

On the “new” side, I have watched The Invitation, House of Darkness and the new AMC series Interview with the Vampire, which I told you about last week. I am also nearly done with the Robert Galbraith (aka J.K. Rowling) novel Ink Black Heart, which, though not a horror novel strictly speaking, is still suspensefully written and the latest installment in one of my favorite series. But its another relatively new movie title that I want to share today.

The Cursed first reached audiences last January at the Sundance Film Festival under the title Eight for Silver, where it stirred up enough buzz for it to be picked up by Elevation Pictures for distribution. It finally premiered in the US during the long President’s Day weekend in February 2022, but unfortunately closed the following weekend due to lackluster performance.

The Cursed, directed by Sean Ellis and developed by LD Entertainment cost $35M to make, not exactly making the “indie” or “microbudget” categories, but a pretty modest budget nonetheless. Still, it only made $4.8M in the US and Canada, meaning it was in no way tracking to break even, forget making the above-and-beyond money needed to be called successful.

All of this explains why The Cursed has flown under the radar and is only now generating a bit of new buzz due to Halloween.

Filmed in Cognac France and set in 1882, it has all the visuals and tropes of a classic monster movie: Secluded town? Check. Roma referred to as “Gypsies?” Check. Corrupted, disbelieving town “elders” and clergy? Check.

But this is where The Cursed diverts in unexpected and entertaining ways. It’s no easy thing to bring something new to a werewolf story but I felt The Curse delivered just that. From the origin tale, to new details about silver bullets, to the look of the monster himself, the film did enough things right to make me overlook its transgressions. Here’s the synopsis that was released with the film:

In the late 1800s, a once-peaceful remote country village is under attack–but by who or what, no one knows. Villagers spread rumors of a cursed land, supernatural forces, and even demonic creatures, as the disappearances and killings continue. Pathologist John McBride arrives to investigate the danger, only to discover something much deeper and more sinister than he ever could have imagined.

The Cursed is a gorgeous but brutal (in every sense of the word) historical drama that has deep roots in the evils of colonialism, to the point where it seems not quite right to sum it up as a “werewolf movie” alone. And yet, that is the ultimate monster story it is telling.

The Cursed is available on multiple streaming platforms such as Hulu, Netflix and Amazon Prime, and is rated R.

Tim and I saw this in theaters back in February. I don’t usually do film reviews at Black Gate, but I made an exception for this one.

We both thought it was vastly underrated and richly deserving a closer look. Really glad you shone some light on it for Halloween!

Absolutely do not know how I missed it, but your descriptions are spot on. Thank you for sharing the link.

have you seen the TV show based on Rowlings detective novels, i really like it a lot, but the assistant makes it easy to watch :p i bought the books on the strength of the tv show but i have yet to read them.

i deff need to see Cursed, sounds great another recommend, and thank you for it!

Dante, I have not watched the show yet. I’m saving it for when I’m snowed in. The books are absolutely fantastic and I’ll be curious if the show lives up. I have such a solid picture in my mind of what all the characters look like. I think you’ll find The Cursed a fun way to spend an October evening. Let me know what you think.

GC, you really make me feel like a relic – all of my October viewing has been of movies that are so much older than your selections. I’ve watched the 1930’s Mummy and Bride of Frankenstein, The Haunting, The Masque of the Red Death and The Abominable Dr. Phibes (Vincent Price IS Halloween), Island of Lost Souls, Night of the Living Dead and several more of a similarly creaky vintage. The only one you mentioned that I’ve revisited is the original Halloween, which I hadn’t seen in probably thirty-five years or more. I followed it up with Carpenter’s The Fog, which I perversely insist is the scarier movie.

Just think – in little more than a month the ghosts and ghouls will be put away in favor of reindeer and stop-motion elves. Enjoy the scares while you can, I say.

TPark, I cut my Goth Chick teeth on all those originals and my Halloween bash this year is “Horror in Hollywood” with the theme being an homage to all the classics. Ironically, The Fog is teed up for tonight’s entertainment, so I’m with you there as well.

…and don’t terrify me with talk of stop motion elves. That’s just going to far.