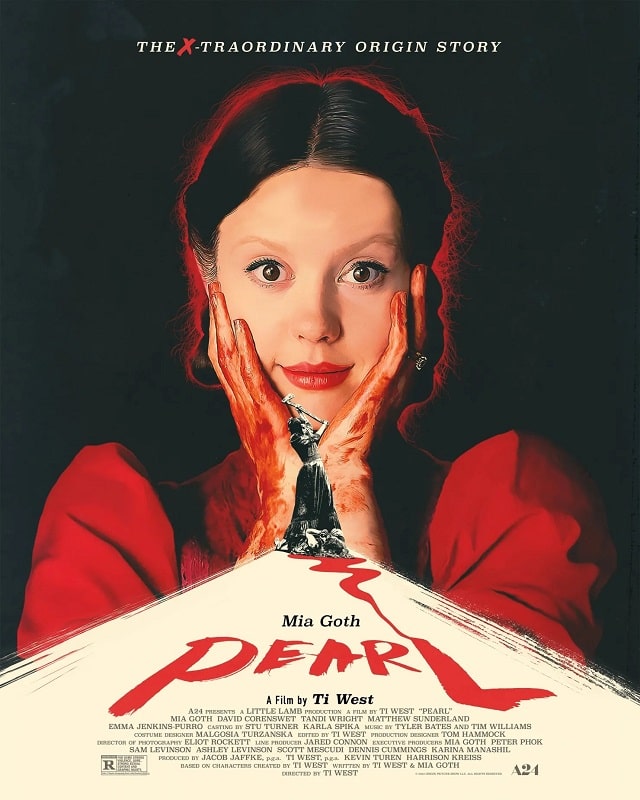 Not precisely a description that would normally get me to the theater.

But color me shocked when I walked out thinking about how entertaining X turned out to be. West did a masterful job telling a story that had humor, characters that I actually cared about, and a nice level of knuckle-biting suspense. It also wasn’t the senseless bloodbath I completely expected and this was thanks to the unconventional character who turned out to be the killer. Which brings me to the prequel I’m about to tell you about.

**Note: If you haven’t seen X and want to be surprised, stop reading now as I’m about to drop some serious spoilers… 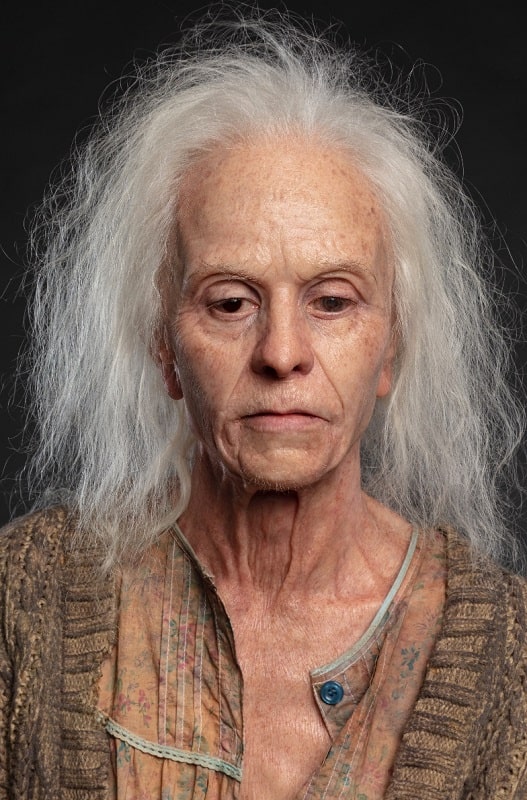 Mia Goth in her Pearl persona in X

Set during World War I in 1918 and explores the origins of Pearl, the villainous character from X. The events take place prior to the previous film, and explore how the cabin, where the “massacre of X” takes place, was once used as a boarding house during the war.

Feeling trapped at the isolated family farm, Pearl is tasked with attending to her ailing comatose father, while under the harsh micromanagement of her cruel mother. Lusting after the glamorous life she has seen depicted in the movies, a collision of her ambitions, temptations, and repressions arrives, creating the villain she feared she would become.

Check out the trailer released this week.

I must admit, I’m now looking forward to Pearl, expecting the same type of character development and graveyard humor that West brought in X. That kitschy old-Western-movie style opening definitely hints that we’re in for another wild ride.

West told the LA Times that while X gave nods to TCM and the rise of indie filmmaking, Pearl would be heavily influenced by “melodrama meets the Technicolor style of Mary Poppins” and would come off as a “demented Disney movie” based on the works of 1950s director Douglas Sirk.

By the way, in interviews West gave when X was released in March, he stated that he is working on the script for a third movie in the  series, which will be set chronologically after the events of X. West told Vulture.com that the project would explore another sub-genre of horror and will continue the depiction of cinema’s influence on society, exploring how the development of home video changed everything.

Following its debut at the Venice International Film Festival, Pearl will hit US theaters on September 16, 2022.

I was really impressed with “X” too, Sue — I even made a playlist, mostly because I can’t get enough of Mungo Jerry. I think too many people compared it to Texas Chainsaw Massacre, and no offense to Tobe, I like all his movies, in craftsmanship and the way it plays this one is way closer to Psycho. For no other reason that you’re pretty involved in the story and would be happy to see how all this plays out without the horror intervening.

I don’t have a deep knowledge of slasher films, but for me its only rival is Halloween.

Dear Eek, I’m right there with you. Halloween is a classic. I just watched X again streaming and I liked it even more the second time. We can only hope Pearl will keep the winning streak going.