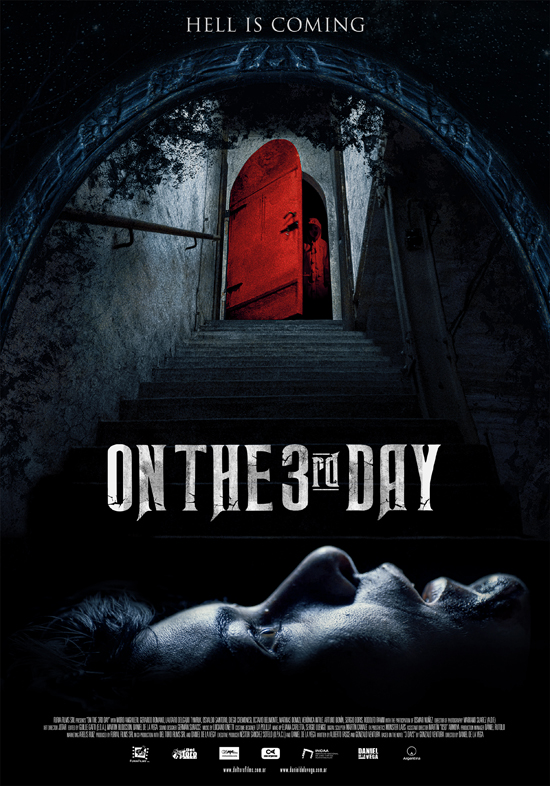 On the 3rd Day (Al Tercer Día) is an excellent horror film from Argentina, based on the novel 3 días by Gonzalo Ventura. The book was turned into a script by Ventura with Alberto Fasce, and the adaptation directed by Daniel de la Vega. It’s from the same production company that brought the world last year’s The Undertaker’s Home (AKA The Funeral Home), and there are some passing similarities: both are well-shot films that have fun playing with traditional horror elements, and indeed have all the zest of classic horror stories, while also making interesting structural choices and telling a good story in thoughtful ways.

There’s a limit to how much one should describe the plot of On the 3rd Day; part of the fun of the film is in figuring out what’s happening at about the rate the main character does. That character is Cecilia (Mariana Anghileri), who abducts her son from her abusive husband one night and then ends up in a bad car accident involving a strange old man named Enrique (Gerardo Romano), who himself is carrying a curious cargo. Three days later Cecilia wakes up in an old house with no idea of what’s happened since the accident and no idea where her son is. We follow her as she wanders off to find out the secret of those missing days, and in a parallel track of story follow Enrique as he tries to solve some mysteries of his own connected with that night.

We soon get an idea of what kind of story Enrique thinks this is, one in which he’s a hero fighting terrible darkness. But is he right? Much of the early part of the movie revolves around the mania that appears to drive him, implicitly set against with the mystery that grips Cecilia. Enrique’s very certain about many things, perhaps too certain, while Cecilia’s part in the story is defined by her uncertainty. It makes for a good contrast, and the film’s incredibly effective at slowly revealing the truth of what’s going on — not just in measuring out how much to deliver when, but also how to exceed the promises it appears to make about the kind of movie we’re watching. What looks like a suspense film becomes utter horror, and one that goes all the way into a kind of dark romanticism, a gothic tone that nods to classics of German Expressionism. 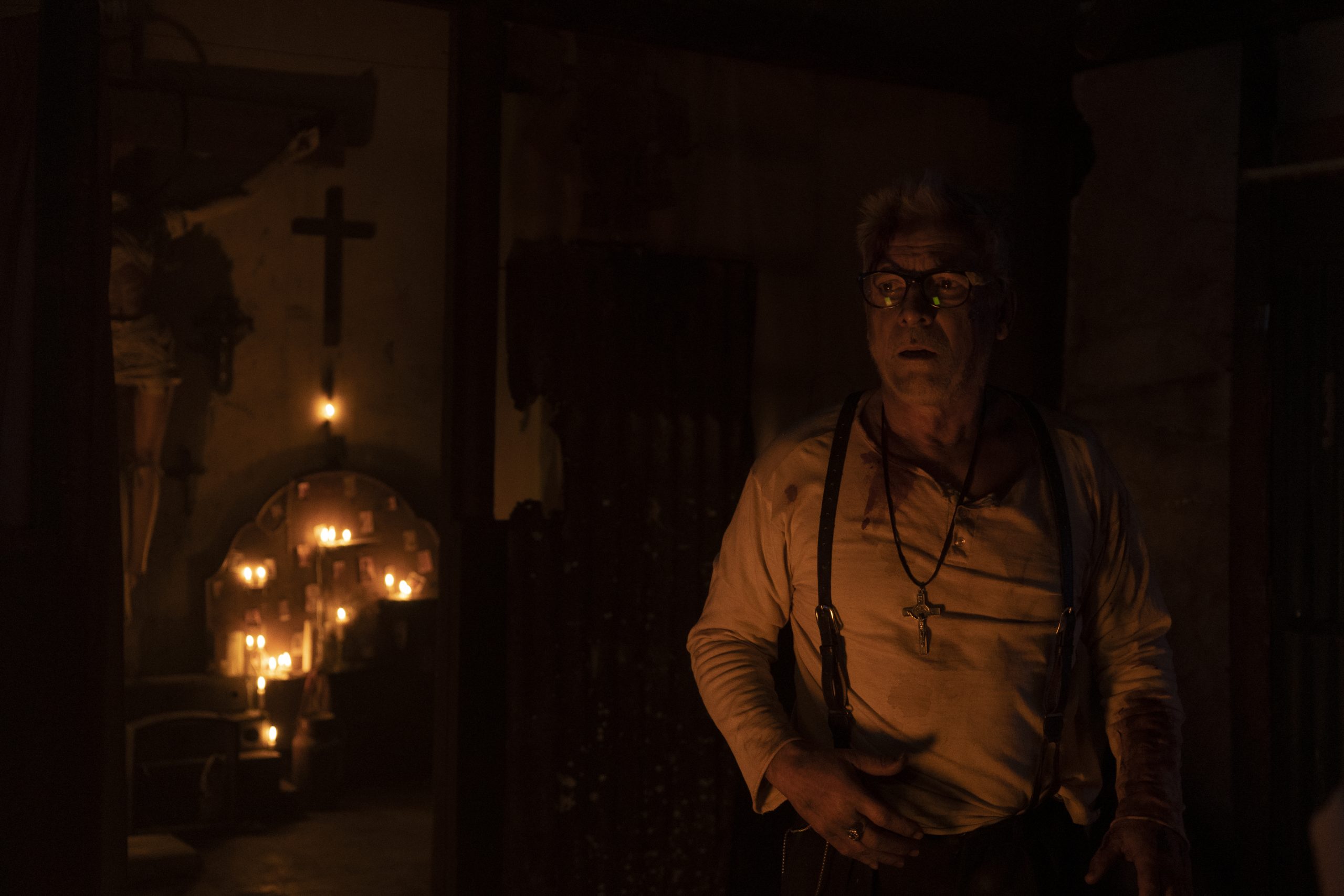 The ultimate cause of what’s happened to Cecilia is familiar from other movies and books. But the perspective we get on this horror is not, not in the way we have it here. Cecilia’s journey to the truth is an odd one that goes a crooked route, including a peculiar session with a hypnotist; the closer she gets to what happens to her — the closer she gets to realising what kind of classic horror subgenre she’s in — the more the movie seems to exult in becoming a self-aware horror film. As the shape of the story becomes clear, more familiar genre trappings creep in.

That’s true in a visual sense as well as a narrative one. The cinematography’s strong all the way through, but it becomes more striking as the story becomes more itself, more a horror film: the way shadow and light contrast, the way realism’s subordinated to expressionistic lighting. The final scenes in particular are a lovely nightmare of darkness, characters looming out of shade and then swallowed up again, and they emphasise a transition into complete gothic horror that matches an ongoing development within Cecilia’s character. 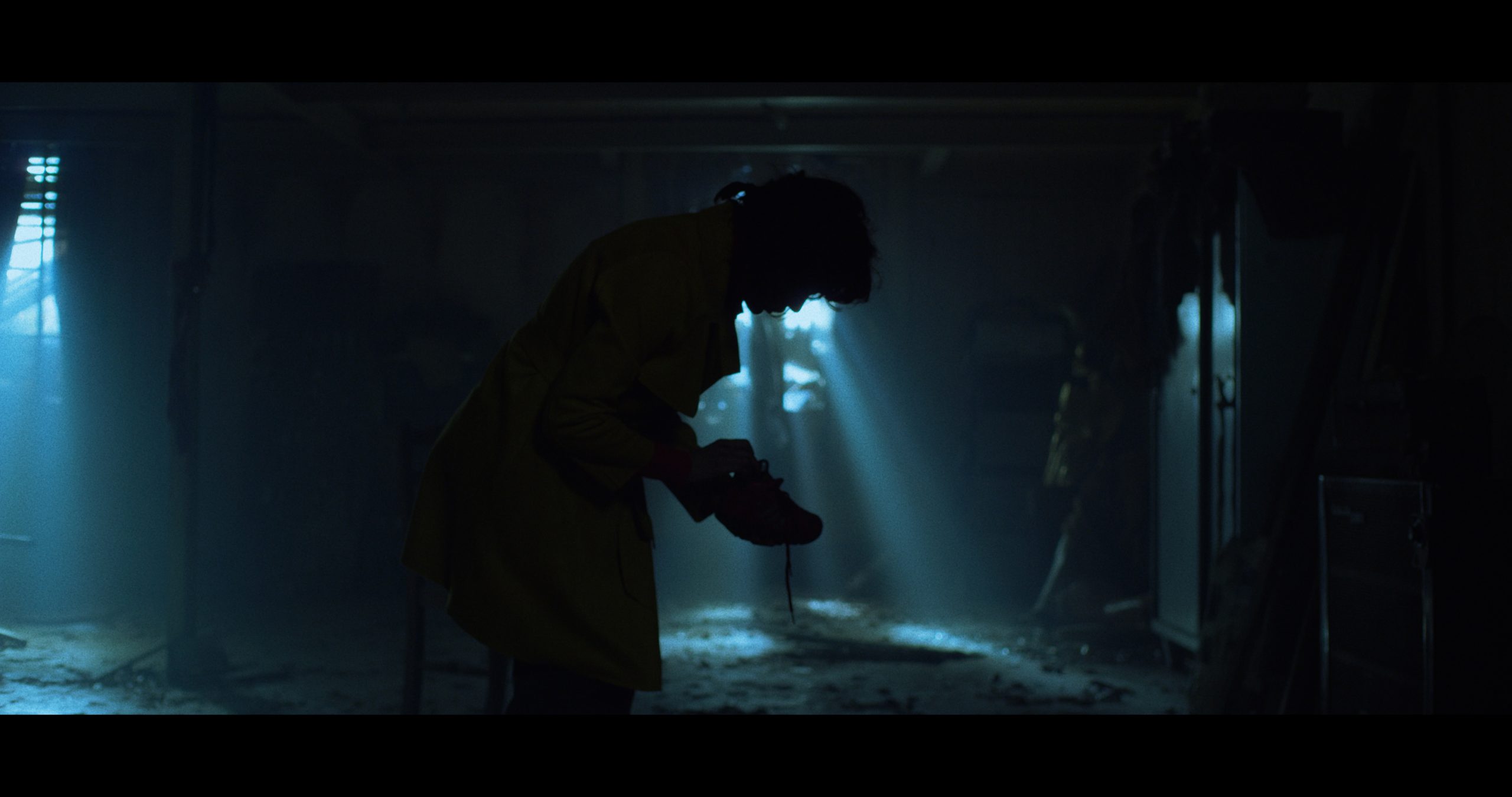 In general there’s a commendable focus on character in this movie; that’s not so much despite the horror elements as a sign that those elements are integrated into the story the film wants to tell. That is, the horror story is Cecilia’s story, and what we learn about her comes out through the horror she encounters. Much the same is true for Enrique. The contrasting characters are united, I think, by the way the movie becomes a story about the depths within people, and the way one must in the end face up to one’s nature and to one’s evil. There’s a sense where both characters are perhaps hiding things about themselves from themselves; by the end of the film, who they are has emerged, remorseless and cruel.

I note also that the film appears to want to make a point about religion. The title is a religious reference, as well as a nod to classic horror lore. For me, though, that element felt underdeveloped, at least at one viewing. There may be an attempt to make an ironic parallel between the divine and the monstrous, but it’s too tenuous for me to make out. 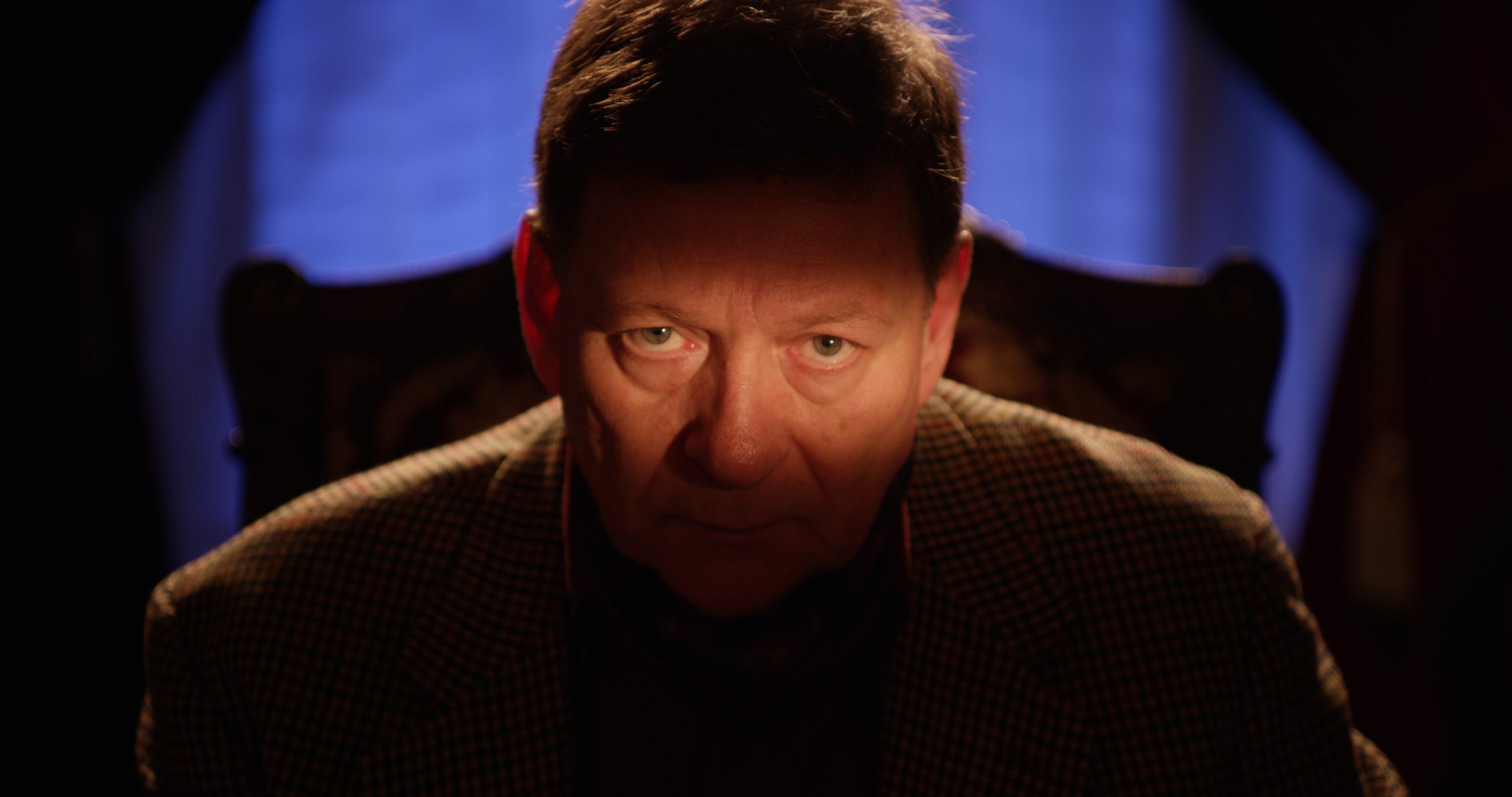 Otherwise, though, the film’s notable for setting up mysteries and resolving them fairly and clearly. There’s a temptation in films that play around with horror and the fantastic, I find, to push weirdness early on and then provide solutions which explain the main thrust of the plot but leave a few things as contradictions — bits that set the mood early on remain as mood-setters rather than coherent elements of the story. This movie’s better than that, and in fact is very good at paying off all the little mysteries it sets up. Some things that don’t appear meaningful in retrospect become so; and eventually we understand why the fall of a lock of hair explains the actions one of the major characters takes right afterward.

The ambiguity of the earlier sections resolves into something the more powerful because of its unusual set-up. The structure’s solid, running a tight 84 minutes, and it conjures atmosphere effortlessly — the house where Cecilia wakes up eventually becomes a major location, and what looks like an empty abandoned space becomes tremendously evocative with a few well-chosen shadows. As the film ended, I thought it was very strong but lacked a little something at the finish; and then a post-credits sting gave me exactly what I wanted, a little further exploration of the conclusion I’d seen. On the 3rd Day is a very fine film, one of my most pleasant surprises of Fantasia 2021. This is a movie that exults in old-fashioned horror-movie tropes and does new things with them.

This Fantasia thing goes on forever, doesn’t it?

Yeah — It DOES go on forever — and I LOVE it! I’ve ordered a few films mentioned in these posts, and the couple I’ve had a chance to see (“All the Moons,” in particular) have been worth the time and effort. I know a lot of these films are so new that they can’t all be seen by the general public for a while, yet, but I keep a list handy when I run out of movies I have on hand or can access through my cable provider. Great stuff, Matthew!

R.K. Robinson: The end is in sight! Just a few more posts, then a wrap-up looking back at the festival. Should all be done in less than a week. (I can hardly believe it myself!)

smitty59: Thank you so much! I’m glad this is proving useful to you, and really happy I’m able to introduce these films to people!