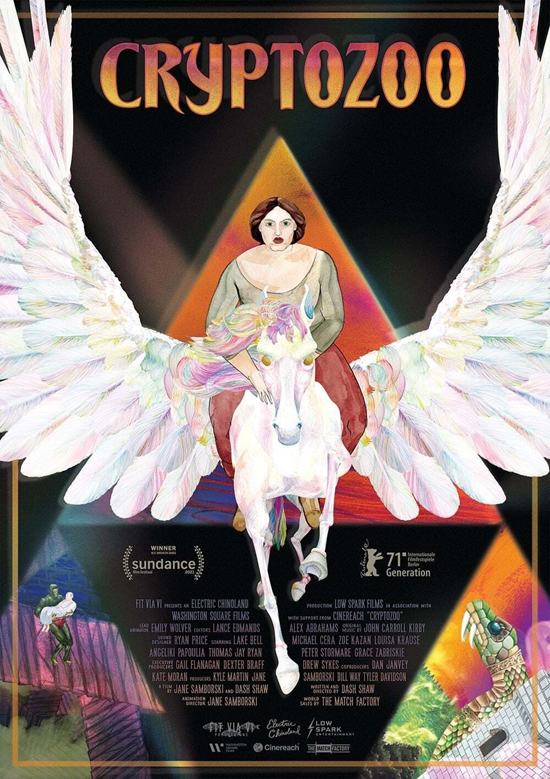 “The Horse Guessing Game” is a 9-minute short by Xia Leilei. It’s a beautiful piece of work made of stop-motion paper dolls and shadowplay, mostly black-and-white, with colour used briefly and well to heighten the significance of one sequence. I can’t claim to understand it entirely, but it opens with a woman or girl isolated from those around her, and appears to show her entering into a shadow-world with great potential and great danger where she might gain a voice and learn to speak to those around her, or else might be swallowed up and lost. As I read the film, it’s about imagination, a bit like Plato’s cave. But there is a lot of ambiguity to the story, and it took a second viewing for me to properly follow it. The movie takes a bit of effort, in other words, but is worth it. You can judge for yourself, as the film’s online here.

Next came Cryptozoo, written and directed by Dash Shaw. It’s an animated story set in the late 60s, about a woman named Lauren Gray (voice of Lake Bell) who rescues mythological creatures, cryptids, from around the world. She’s part of a team under the direction of an older woman named Joan (Grace Zabriskie) who plans to open Cryptozoo — a place where the creatures of myth can live and work with regular humans. But the American government has nefarious plans to use the Japanese dream-eating creature called the Baku (AKA the Tapir, also seen at Fantasia this year in Hello! Tapir) to eat the dreams of the counterculture. A violent chase to find the Baku ensues, and at its core are the questions of whether the zoo is the best future for the cryptids, and whether they really can integrate into human society.

The animation’s an odd stylistic mix. Different artists had primary responsibility for the backgrounds of different sections, and so some parts are more striking than others. Personally I was most impressed by the opening and by a sequence with a tarot card reading; in general the artists do a good job of keeping a consistency to the film however the backgrounds are depicted. There’s a very organic look to the film, with characters who look roughly hand-drawn and tinted by watercolours or coloured pencils moving jerkily across the screen. There’s a collage-like feel that fits the sensibility of the movie, which gathers in one place creatures out of legends from all around the world. It’s not a visual style that appeals to me personally, but it would have worked well enough if there weren’t other issues.

It seems to me that there are three ways to watch the film, and each of them have their problems. First, you can watch it as a naive adventure story in which Lauren and the cryptids are pitted against the brutal US military. It doesn’t work very well on this level; the plot’s too shambolic, too obviously a tissue of coincidences. And there are too many scenes that don’t fit an action-movie framework, odd character bits that are jarring when set into an adventure story. 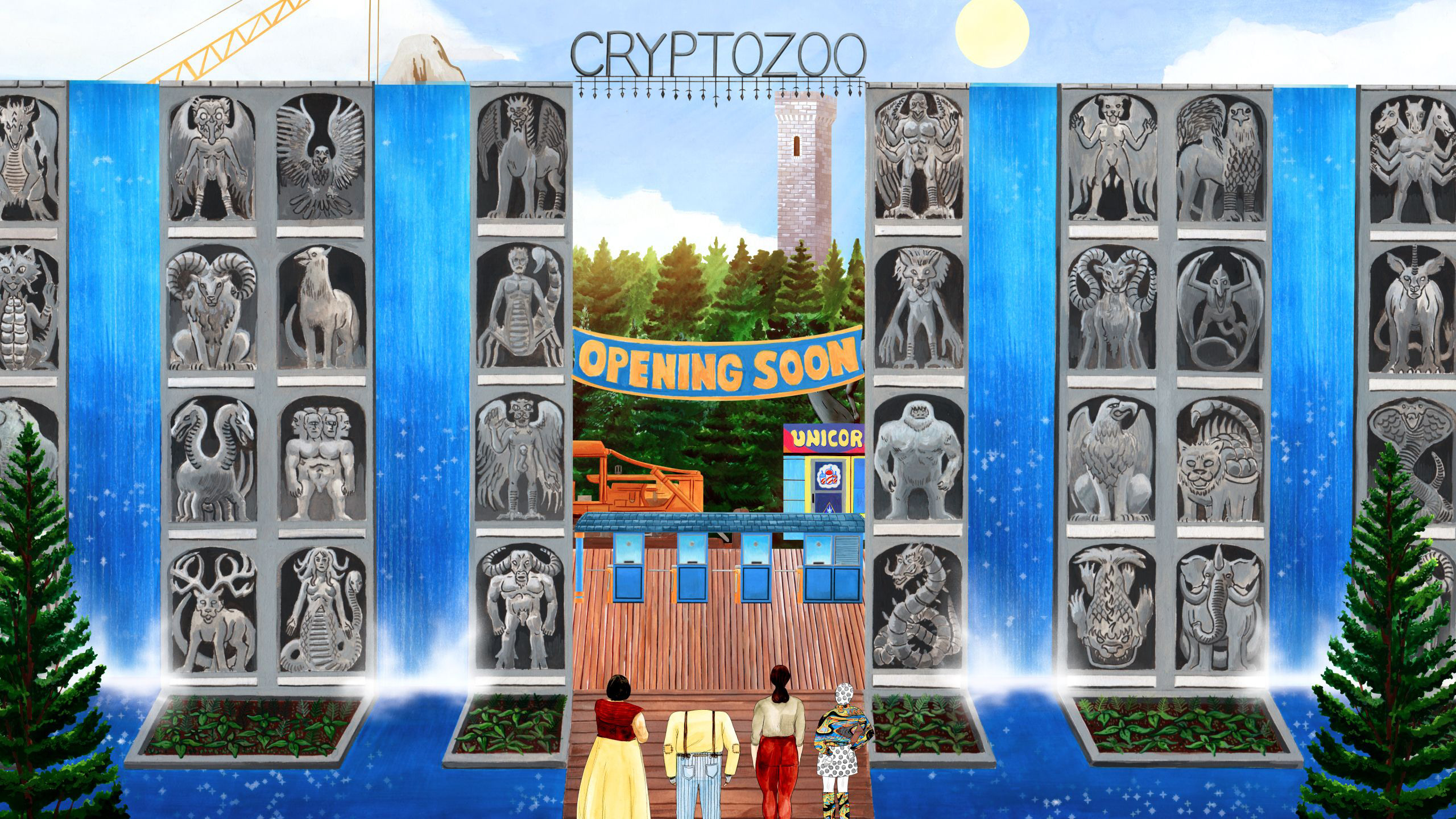 So then the second way of watching the movie would be as a satire of action movies. And that doesn’t work either, because the satire’s got no bite; the film has too much fun with its action plot. There’s no real challenge to the sensibility of the action story, however tongue-in-cheek events may get. The facile story of the counterculture against the straights really is the story here, I think, not wholly unchallenged, but basically central, the poles of good and evil (or sympathetic and unsympathetic) just as we see them.

Which leaves the third way to watch the film, and the way I suspect Shaw had in mind making it: as a dreamlike mishmash of weirdness, a trancelike running-through of myth and archetype. And I found this did not work either, because the action-movie framework rationalised events too much, while the art style was too rough-hewn — it was crude without power, the limitations of the figure-drawing impeding the ability to find meaning rather than helping, while the designs of the cryptids were simple and unimpressive. The movie never really takes flight as a dream, never finds a level of true weirdness, and the satirical aspects here are also a problem. The film’s too rational in its action elements and too self-conscious in its self-mocking aspects to ever be truly surreal. 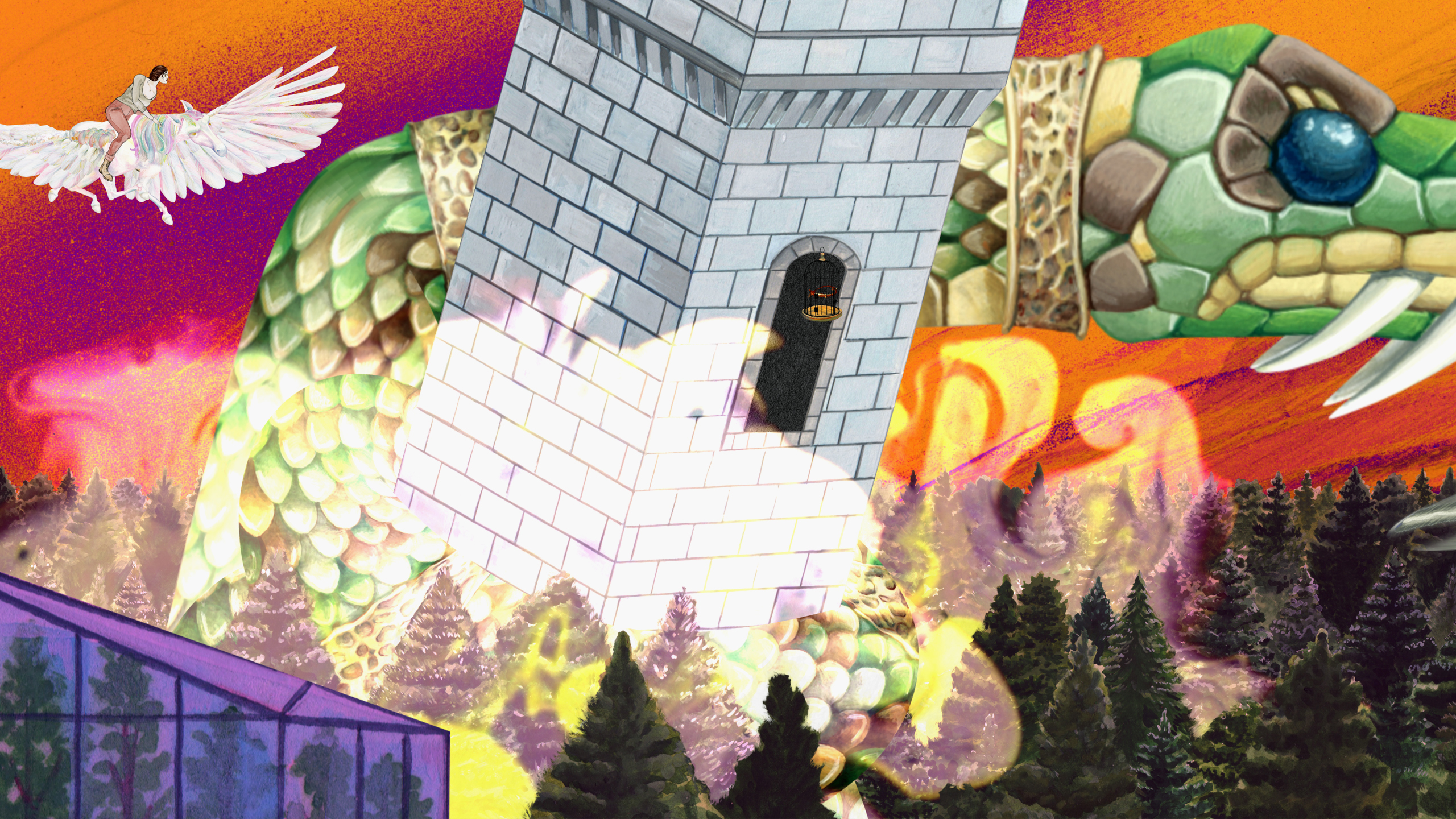 There’s a good overall thematic structure that comes out in the way the movie questions whether the cryptids can really live with human beings and whether the Cryptozoo is the best way to bring that about. And some of the violence, notably a killing early on in the film, is convincing in its abruptness — it feels like something out of a nightmare, and catches the sense of danger of the irrational. But there’s too little of that. Mostly the violence comes across as standard action tropes, undreamlike because it has too strongly-defined plot-mechanical reasons.

I will note that on the flip side of this is the sexuality of the cryptids, which is handled in a very matter-of-fact way that’s uncharacteristic even of the counterculture of the 60s. There’s a 21st-century ease to some of the relationships shown, not just in the way that certain things are accepted, but in the lack of stress on sex in general. It’s not that it’s not important in the film, rather that it’s lacking in mystery in a way that feels more natural to a society with a widespread internet. 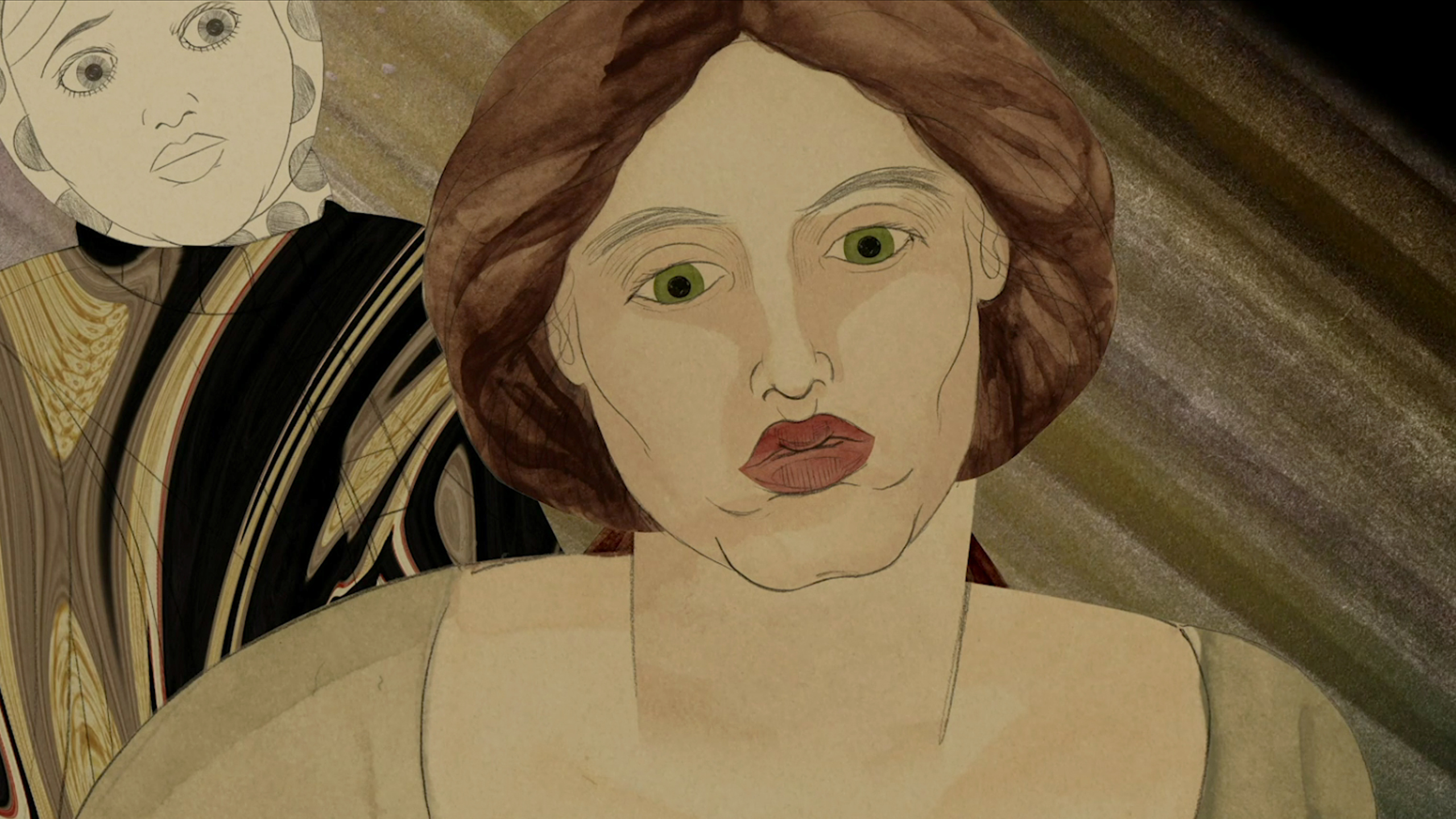 But then in general there’s a lack of any serious attempt to conjure a period feel beyond running through a few hippie stereotypes. I note in particular the constant use of the word ‘cryptid,’ coined only in 1983. Like all stories about the past, this one’s about the present. Its fable of a government trying to eat up the dreams of a myth-friendly counterculture has something to do with today’s corporate structures co-opting the creativity of artists and feeding consumers easy, familiar entertainment. In that sense, the action-movie structure has a relevance: the unthinking use of conventions is what you get when you don’t have a real dream. Things that once had storytelling meaning become fossilised into the everyday. The problem here is that there isn’t much of a sense of the film trying to get free of its action elements. They’re accepted too easily.

You could call The X-Men an example of corporate structures co-opting an artist’s inspired narrative dream, I suppose, or you could say it was always meant as a commercial property, or you could say there’s no contradiction between these things; in any event, it’s something the movie’s trying to comment on. The Cryptozoo where cryptids will come to learn how to integrate with humans is a direct parallel to the school for gifted youngsters where mutants will come to learn how to integrate with humans. The movie questions this dream, whether it’s wise or even possible. But then, so have years worth of X-Men comics. Cryptozoo is less effective. It’s not just less imaginative, but both too structured and too poorly structured. The film therefore ends up a curiosity, with respectable ambitions, but ambitions that remain unfulfilled.